Donna Leon Wonders Who's Killing All the Bees

My mother was a passionate gardener and had loved lilacs above all things, so I began my gardening life about 25 years ago with lilacs. I had an old house in the Dolomites, around which was a vast grassy field, and I believed that the magic power of lilacs would somehow transform the grassy field into a garden. I ordered 17 different varieties by post: when they arrived, the lilac stems resembled wooden chopsticks that had spent too much time in the dishwasher—they were dry, thin to the point of emaciation, with tiny root-threads sticking from one end.

It was early spring, so I dug 17 holes at random in the field around the house, poured in some water, and stuck the chopsticks in, certain that they were not long for this world. Three weeks of spring rains followed, and when I got to the house again I’d completely forgotten about the chop . . . er, the lilacs. It wasn’t until the third day that I remembered them and went to see if they were still there, only to find 17 chopsticks with green leaves sprouting from them.

As stunned as Saul on the road to Damascus, I fell to my knees to look at them, swept by the realization of the truth of what my mother had told me for years: gardens are proof of life’s continuity, of survival and renewal, and of the constancy of nature.

Since my conversion, the garden has grown as I dig up more and more of the grassy field to create an ever-expanding location for flowers and vegetables. Because I don’t know much about the formal theories of creating a garden, I plant what I like and where it seems it will fit, and I mix flowers in with vegetables because I think they look good together. A tomato plant growing next to yellow poppies looks pretty good to me, as do asters among the zucchini.

As time passed, I began to get visitors: butterflies and bees. As I knelt digging in the garden, I watched them at their pollinating and soon came to realize that they wanted to leave me alone as much as I wanted not to disturb them. We got along fine. Curious to know more about them, I visited the local beekeeper and started to read, eager to learn what I could plant that we’d all like to eat, and soon the garden was feeding us all: luckily, they like carrots and onions, tomatoes, currants, strawberries, pumpkins, and sunflowers. In the springtime, the bees go mad for the blossoms on the seven apple trees, and later in the year they delight in the raspberries, as do I.

As time passed, I paid closer attention to the bees and realized how little I knew about them. Buzz, buzz, buzz and honey, but surely there had to be more than that.

Quicksand. That’s what it’s like: quicksand. I started out timidly, thinking I could tread my way lightly through a few books and come out knowing everything about bees; talk to the local beekeepers, even have a look inside the hives, and I’d be an expert. After all, how complicated could it be: they’re only bees, aren’t they?

As it turns out, no matter how much time I spend in reading about bees and listening to people who have studied them or who raise them, there is no chance that I will ever understand their many perfections.

So fascinated did I become with bees that they buzzed into the book I was writing, although I’d not planned on having them there. The comparison with quicksand is also valid for the increasing pull they exert on my attention and on the fact that, the more I learn about them—either from beekeepers or from books—the more they pull me into the mystery of their being. They also serve, in Earthly Remains, as evidence of what is being done to nature.

Obviously, this kind of passionate interest affects my work as a writer. If the book is about bees—indeed, if the book is about any subject at all—the characters in the book will talk about that topic, and at least one character will know a great deal about it. If I don’t want to make a fool of myself, I must know enough to make that character convincing, which means both of us have to know a great deal about, in this case, bees and must sound absolutely convincing when we talk about them.

Quicksand is also an excellent metaphor for the wealth of information available about bees. Each new revelation of habits or genetics or life-span filled me with amazement and led to greater curiosity. We’ve seen bees all our lives, haven’t we, so of course we think we know about them. But I certainly didn’t know that bees live only a month, nor did I know that the Queen lays between 1,000 and 2,000 eggs a day—her own body weight—every day, every day, every day for from three to five years, but what I most didn’t know was that the hive, consisting of between 20,000 to 50,000 individual bees, appears to function as one mega-organism, each separate unit somehow tuned into the central function of the hive and thus somehow participant in the decisions made by this multi-pieced organism.

I confess, I had never seen the inside of a hive until last summer, but it took only moments to marvel at the complex simplicity of the hive. There they were, in their hundreds, perhaps thousands, crawling on the comb, and central to them was their Queen, making her slow way across the surface of the comb, pausing every so often to lay one of those thousand eggs in the hexagonal comb that the workers had made to hold the egg. As she made her royal progress through the realm, the worker bees groomed and fed her and licked her clean. Few things I’ve seen in my life have thrilled me to such a degree.

Because I did not then have any idea what part the bees were going to play in the novel, I didn’t know what I had to know. Thus my reading had no goal. There was no specific mystery to be solved about their behavior, their intelligence, or their illnesses. I was in the middle of the swarm, surrounded by their buzzing, uncertain of what I had to learn about them or from them, but I was utterly without fear of them, filled only with interest, curiosity, and a growing awe at their perfection. But then the overwhelming truth struck: they are dying, not only in Italy, but all over the world.

One obvious subject in any book about bees is the major danger faced by bees all over the world, something called CCD, Colony Collapse Disorder. In springtime, when beekeepers go to check on their bees after the winter to see how they have fared during the cold and dark, some of them find dead bees on the floors of the hives, and even more find the numbers devastated, with as many as 80 percent of the bees gone. Or all of them.

There has been no great scientific revelation of the single cause of this phenomenon, though the deaths have been written about in the press with sufficient frequency that most people know, however vaguely, that the bees are dying. If the bees go, it will be hard times for humankind: they pollinate as much as 70 percent of flowering plants, and 90 percent of fruit trees, on the planet, so their disappearance would take with them much of what humans eat, leaving cereals, which are wind-pollinated. More than one of the books I read contains a photo of farmers in southwest China, where bees have been virtually eliminated by current farming practices and the use of pesticides. (Remember, please, that bees are insects, and “pesticides” kill insects.) The photo shows farmers who have climbed up into their pear trees, carefully pollinating the blossoms by hand. Mass death, a bleak future, desolation, and more death: what better subjects for a crime writer?

Another example of what can happen when bee numbers decline is to be seen in the Central Valley of California, where 80 percent of the world’s almonds are grown. Because almonds require bees for pollination, in the absence of sufficient numbers of local bees the almond growers of the Central Valley import bees from other parts of the United States. Thus, in February, when the trees begin to blossom, 1.5 million bee colonies—about 60 percent of the bee population of the United States—are trucked to California from places as far away as Florida to pollinate the trees. (One wonders how many Chinese farmers would have to be trucked to Central Valley to do the same job.)

Quite casually, one of the writers on the subject remarks that the stress from this migration is one of the major causes of Colony Collapse Disorder. Nevertheless, off the bees go, driven about 6,000 kilometers, to fly free, from blossom to blossom, pollinating the almonds and thus saving the farmers, but worsening their own health at the same time. When the almonds are pollinated, the surviving bees are packed up again and back on the trucks they go, this time to be taken another 4,000 kilometers to the East Coast to pollinate crops that are beginning to blossom there. And when that’s done, it’s off again and back to Florida for the pollination of citrus fruit.

If you bear in mind that a bee lives only one month, you will realize that none of the original bees—save for the Queens, who generally live from three to five years—makes it back alive to Florida.

Here we confront a philosophical quandary. Is a hive with only one surviving member the same hive put on the truck at the beginning of the season? If the original population is dead, is it the same population?

My guess is that the answer depends on the definition of “hive.” If a hive is a group of bees with the same mother, who live in the same place as that mother, then it is the same hive, regardless of which individual bees are still alive inside of it. They don’t have the same father because, on her mating flight, the Queen can have sex with more than 20 drones (all of whom die immediately as a direct result of their sexual contact with her) and thus the resulting bees, some of which are not fertilized and thus have no father at all, have in common only the Queen as mother.

They are beyond price, human survival is related to theirs and, to a great degree, dependent upon it, and yet they are being killed in their millions as spectators sit idly by. Could a writer of crime novels hope to find a better subject?

Donna Leon is the American author of a series of crime novels set in Venice, Italy and featuring the fictional hero Commissario Guido Brunetti. Leon lived in Venice for over 30 years and now resides in a small village in Switzerland. 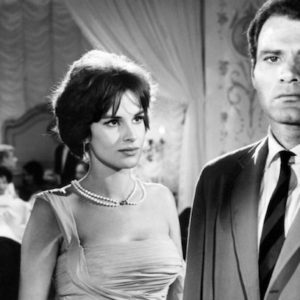 In 1946, a novel called I Spit On Your Graves (J’irai cracher sur vos tombes) appeared in France. The book was a hardboiled...
© LitHub
Back to top