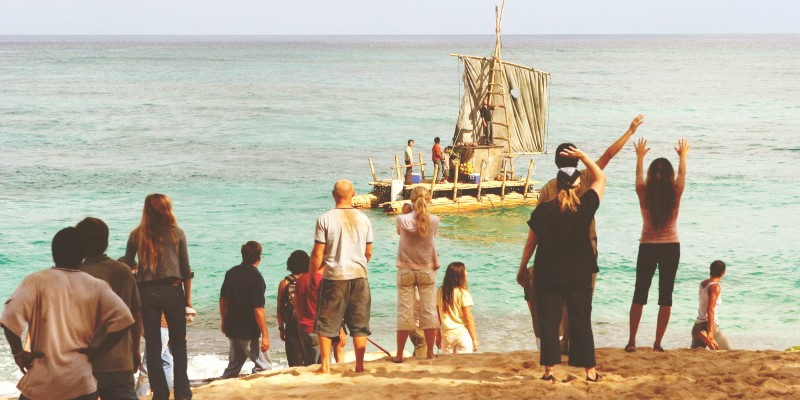 It was a wild, sprawling show full of mysteries that were never solved and a finale that angered viewers. Maybe that's okay.

“Lost” was a sensation when it aired on ABC for six seasons, from 2004 to 2010. Millions tuned in every week and talked afterward, in online forums and at the fabled workplace water cooler, about the show’s many mysteries.

But you know all that.

Like millions of other viewers, I found the series riveting television. I loved the characters and situations and twists. The polar bear. The hatch. The slowly-unfolding story of the Dharma Initiative. And I was never more horrified at a TV plot point than when “the Others” kidnapped young Walt.

The intense reaction the series inspired in me and others backfired, though, when “Lost” ended with a disappointing final season and a two-part finale that didn’t just disappoint but outraged some.

I was so disappointed that, in the 11 years since the finale aired on May 23, 2010, I’ve never revisited it, never rewatched the DVD set that collects dust on a shelf. I’ve never gone back to revisit the cult ABC series on streaming.

Until now, in time for the 11th anniversary of the final episode.

(And yes, 11th anniversary. I’ve been on a South Pacific island for the past year, which delayed my filing of this article.)

Here’s a little disclaimer: I’ve intentionally over-simplified things here in my picayune criticism of the final season and final episode. I really do understand some of the twists and turns of the plot. I just don’t like ‘em. 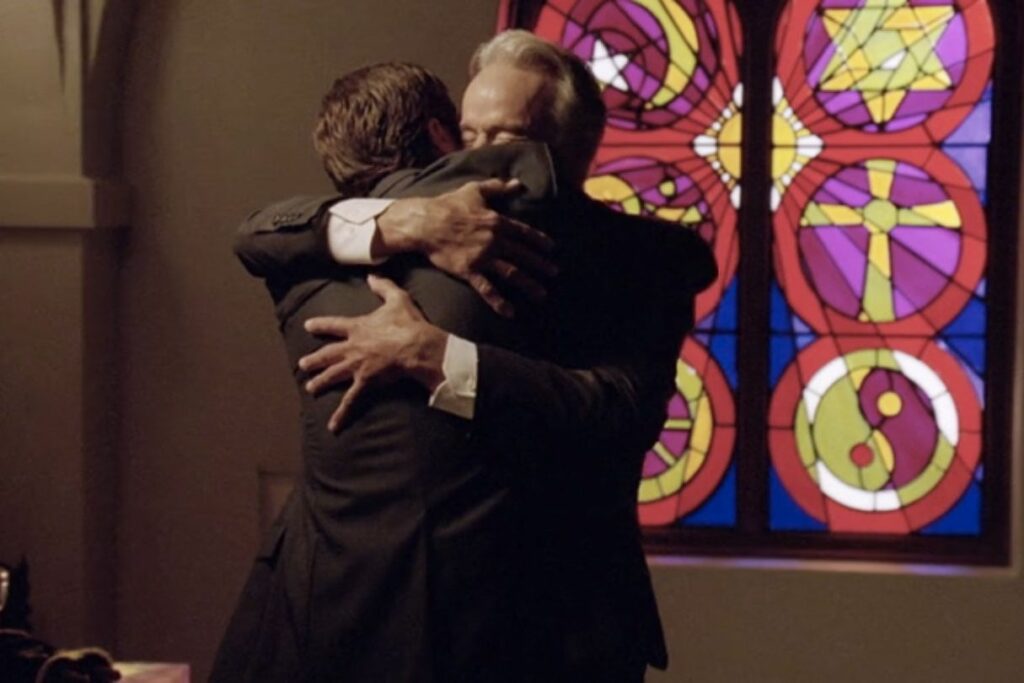 They weren’t dead all along, but …

Coming back to “Lost,” after 11 years, was comforting and satisfying when watching Season One episodes. The crash, the survivors, the early conflicts, flirtations and alliances were like rediscovering comfort food. The offbeat plot elements that were so fun back then—the smoke monster, the polar bear, the Others, and especially the tantalizing mystery of the hatch—are still fun. Honestly I kind of envy anyone who gets to watch “Lost” from the beginning, unspoiled, now.

When the sixth and final season of “Lost”—and especially the final episode—aired, the reaction from many was brutal.

Many of those with the strongest reactions were disappointed that a number of the show’s mysteries went unsolved. We never found—at least in a satisfying manner—the answers to many questions.

The decision to tread water through a confusing sixth season only to have a final reunion of the regulars in a warm, softly-lit church and to be told that they were all dead … well, it was just too much.

That ending set the show up for viewers’ cries of “They were dead all along!” even though they were not. It was an unfair criticism, but consider this: You don’t spend six seasons—including a final season that for all intents and purposes played out in the minds of the characters as they awaited their eventual fate—building your story and characters only to let your final message be so muddled and unclear.

If many people don’t “get” what you are trying to do … that’s the fault of your story.

It’s not just the failure of the show to answer many of its mysteries that is so off-putting. Remember that scene in the cult movie “The Adventures of Buckaroo Banzai Across the Eighth Dimension” when Jeff Goldblum’s character asks about a watermelon in a complicated piece of machinery and Clancy Brown’s character says, “I’ll tell you later” but then never does? That did not ruin “Buckaroo Banzai” for me.

But “Lost’s” mysteries were so many and some were so largely unanswered. Entire corners of the Internet have been devoted to remembering some of those mysteries. What was the deal with the numbers that kept showing up? Who shot at the gang during an outrigger chase? Why did it seem some characters were ghosts and others were manifestations of the Smoke Monster? Why build a story for Libby, Hurley’s friend, only to quickly write off the character? What was Walt’s special ability? Who built the statue with four toes, and why did it have four toes? And what the heck was the stopper in the cave? (More about that later.)

Obviously, some of this can be chalked up to writers who create intriguing scenarios but, because of the pressures of writing, producing and running a weekly show, never circle back to those scenarios.

The show’s writers and producers did manage to bring back some familiar faces for the final season, and that was a cool thing. Charlie, last seen dying a heroic death, was back. So was Juliet, the doctor, and Boone, perennial sidekick. We missed seeing a return for Mr. Eko, though. His was another character whose entry to the show earlier in its run seemed like it would turn into something great … but did not. 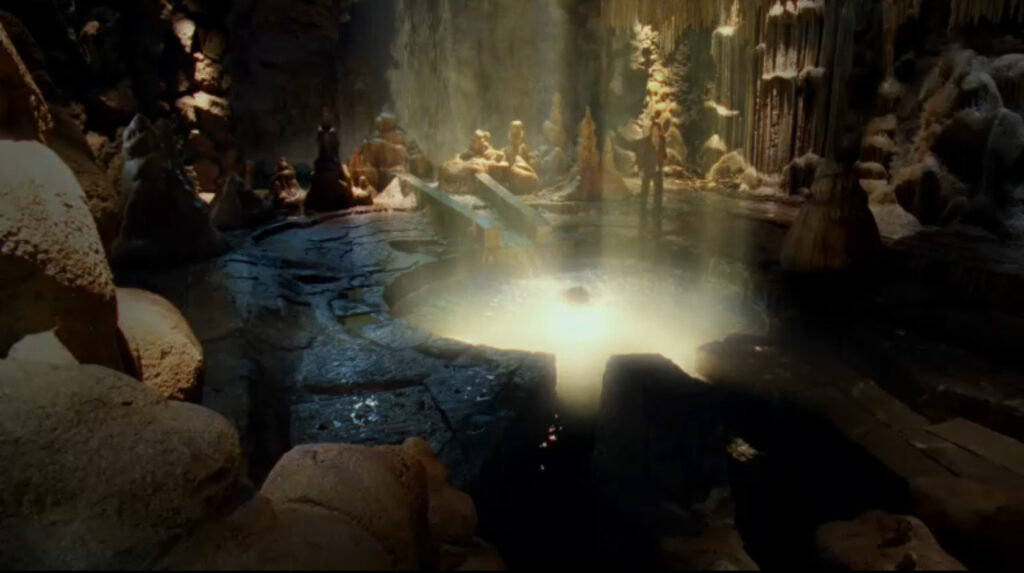 Venturing into the glow-y cave

I remember from watching at the time that Season Six was odd and off-putting. The season starts by introducing new characters, new locations and new plot points. Seriously, what was up with the temple that suddenly was home base to a bunch of characters?

And the series had, by the final season, wasted so many characters, who were killed off—either to service the plot or, maybe, because actors wanted out of the series, hard as that might be to imagine considering what a hit the show was—or utterly changed.

John Locke, played by Terry O’Quinn, is the most obvious example of a character who was changed. Locke was one of the best characters of 2000s TV. To have him turn out to be a cypher who is … dead, I’m guessing? … and replaced by the embodiment of the smoke monster was a disappointing fate.

It’s as if the writers and producers forgot everything that made Locke a dynamic and mysterious character and rebuilt the part solely around his conflict with Jack (Matthew Fox) and others.

And as the series progressed, it significantly increased the mystical mumbo jumbo. By the final, two-part episode, characters are climbing into and out of a cave from which a mysterious light emanates.

I have not and will never mastermind a hit TV series, but I can assure you that if I do, I will not create a cave from which a mysterious light emanates and into which a character has to venture to pull a stopper out of a hole in the ground … only to have another character have to go back into the cave later in the two-parter to put the stopper back in. It seems like treading water to have a character do something only to have another character undo it 40 minutes later.

Granted, the final episodes made reference to some of the series’ touchstones. But more often, watching Season Six felt like seeing the fourth or fifth production of a local repertory theater’s season: the players were the same but their characters were very different.

That’s not just because of the storytelling device the show used in the final season. After five seasons of flashbacks and flash-forwards, in Season Six we had the “flash sideways.” In what feels like more water-treading, the final season was split between two storylines: the survivors on the island, their travails with aforementioned temple and glow-y cave, and an alternate reality in which the plane survived its brush with turbulence but didn’t crash. The Losties were never lost, but instead made it to Los Angeles and went on about their lives.

Granted, some of that Season Six alternate storyline was satisfying, particularly when Jack, a neurosurgeon, successfully operated on Locke. For all the efforts to pit Locke against Jack and Jack against Locke, this outcome felt right.

There are elements of the final season, and final episode, to enjoy. What “Lost” fan doesn’t smile and tear up a little over some of the reunions? Only a person with a heart of stone would be unemotional to see Charlie (Dominic Monaghan) once again.

I’d never before watched “The New Man in Charge,” a 12-minute “epilogue” to “Lost” released on the final season DVD set. I was hoping that it might provide some … closure. But I couldn’t help but think the epilogue’s writers were just trolling the viewers when a never-before-seen-and-unimportant character declares, “We deserve answers!”

I’m a little surprised at myself that I feel—still—so strongly about the final season and final episode. But rewatching “Lost” lately makes me want to rage about all the squandered potential.

Maybe we wouldn’t have had to suffer through those ridiculous temple episodes. 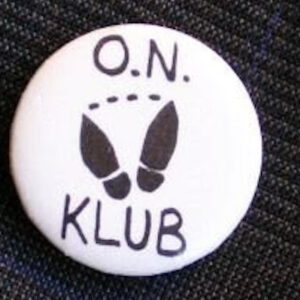 To come clean right out of the gate I had never intended to write about The On Klub days as I had no interest in writing...
© LitHub
Back to top