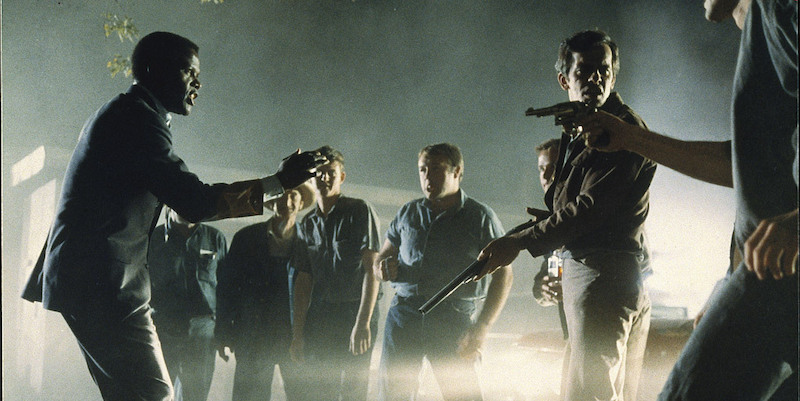 Counting Down the Greatest Crime Films of All-Time: #52

John Ball, the author of the book on which In the Heat of the Night was based, may have been one of the luckiest men who ever lived. He had an undistinguished career as a writer of various types of action novels when the first Virgil Tibbs book was submitted to Joan Kahn, the legendary editor at Harper & Row. Perhaps the finest mystery editor ever to have worked in the field, she made extensive notes and had the author rewrite over and over again, forcing him to follow her meticulously thought-out plot, character, and dialogue enhancements. The book went on to win the Edgar Allan Poe Award from the Mystery Writers of America, and film rights were acquired for a very large sum. Reviews of the novel were glowing, suggesting that Tibbs might be worthy of acceptance into the pantheon of Great Detectives. When the second novel was submitted, Kahn again suggested major changes and rewrites, only to have Ball refuse to do them. After all, he claimed, he’d already won an Edgar, had great reviews, and sold motion-picture rights for a ton of money, so he didn’t need her help. Needless to say, the second book, and the handful that followed, were critical and commercial failures, and Ball (and Tibbs) are remembered today only for that first book and the brilliant film made from it. 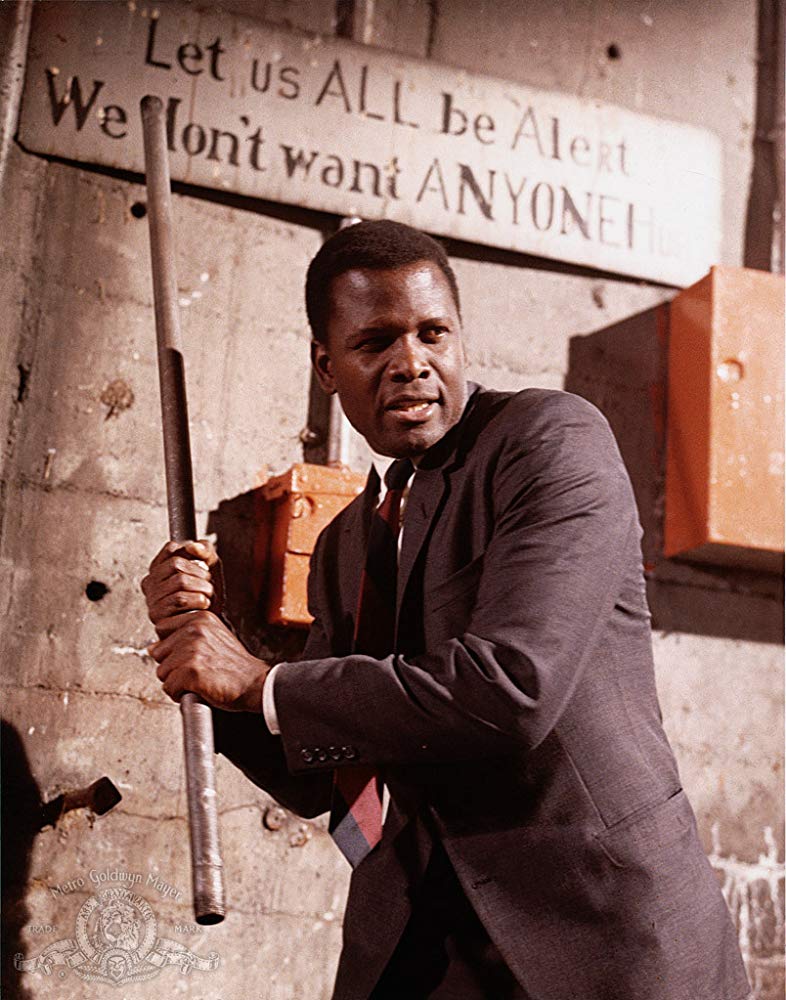 In the little cotton town of Sparta, Mississippi, Leslie Colbert, a wealthy industrialist who planned a big new factory employing a thousand people, half of them black, is found bludgeoned to death in an alley on a hot summer night. Virgil Tibbs is picked up at the train station for no other reason except that he is black. After Tibbs is hauled off to jail, Sheriff Bill Gillespie discovers that Tibbs is a police officer from Philadelphia in town to visit his mother. As a homicide expert, Tibbs is asked by his boss to stay and help with the case, to the disgust of the sheriff. As the object of hatred of the mostly bigoted white town, Tibbs decides to return home but is tricked into staying by Gillespie, who taunts him saying, “You’re so damn smart…smarter than any white man…I don’t think you could let an opportunity like that pass by.”

A suspect has been hunted down and arrested for the murder because he has Colbert’s wallet on him, but he protests that he merely picked it up from alongside the dead man’s body, and Tibbs quickly proves him innocent. The dead man’s widow uses her influence to ensure that Tibbs will stay on the case, and he becomes convinced that the true murderer is Eric Endicott, the wealthiest man in town. Angered by Tibbs’s questioning, he slaps the policeman, and Tibbs slaps him back. Soon thereafter, gangs of rednecks chase Tibbs, ready to beat him to get him out of town.

Next to be arrested for the murder is Sam Wood, Gillespie’s deputy, who has been accused of getting the town’s sixteen-year-old tease pregnant. Tibbs visits the local abortionist, Mama Caleba, and encounters the girl and the true father, the counter man at the diner, who finally confesses that he murdered Colbert for the money to pay for the abortion.

With the case solved, Gillespie takes Tibbs to the train station, even carrying his suitcase for him, and the men shake hands in mutual respect.

In 1967, just as the Civil Rights movement was gaining steam, this was the perfect film for the time. A handsome, confident black man is surrounded by stupid, loutish rednecks who use racial epithets and violence at every opportunity, while he maintains composure and proves to be their intellectual and moral superior. Regarded as a milestone in liberal media, it was bound to be a success, and it was, grossing nearly $11,000,000 (back in the time when that was considered real money in Hollywood).

The great success of In the Heat of the Night spawned two sequels, They Call Me Mister Tibbs! (1970) and The Organization (1971), both of which again starred Sidney Poitier as the perfect man. The former had terrible reviews but did pretty well at the box office, the latter had better reviews but sold fewer tickets.

Some years later, NBC aired a two-hour remake of In the Heat of the Night, with Howard E. Rollins as Tibbs and Carroll O’Connor as Gillespie. Critics wondered why anyone thought this was needed, but it was successful enough to foster a one-hour television series that enjoyed success.

Tibbs and Gillespie have just left the home of Eric Endicott, the rich but bigoted cotton grower who pretty much owns the town of Sparta. With the merest hint of evidence, Tibbs is convinced that Endicott is the murderer and wants to prove it. He has been slapped and has slapped back, so Gillespie warns him he’ll have to get out of town, but the furious Tibbs begs him to let him stay a day or two. “I can pull the fat cat down,” he rages at the sheriff. “I can bring him right off this hill.” Gillespie pauses and says, “Man, you’re just like the rest of us, ain’t ya?” 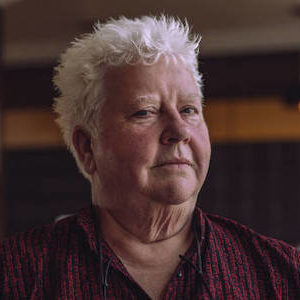 Examining Houston, a sprawling, evolving, diverse city that's finally getting the "noir" treatment it deserves. | Texas...
© LitHub
Back to top