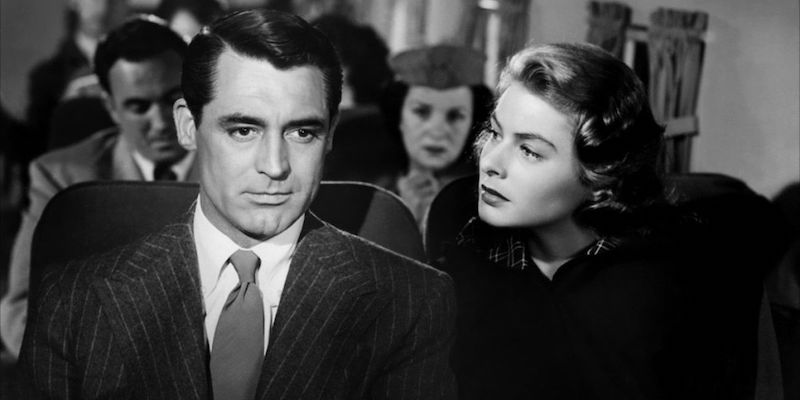 Hollywood censors were still diligent about sex scenes, which included kissing. A stopwatch was put on the length of the kiss between John Garfield and Lana Turner in The Postman Always Rings Twice (1946) to insure that it wouldn’t go beyond the perceived limit of propriety. In Notorious, made in the same year, the passionate kiss between Ingrid Bergman and Cary Grant, accompanied by lots of soft murmurs and an intimate embrace, was publicized by the Selznick studio as the longest kiss in the history of Hollywood movies. 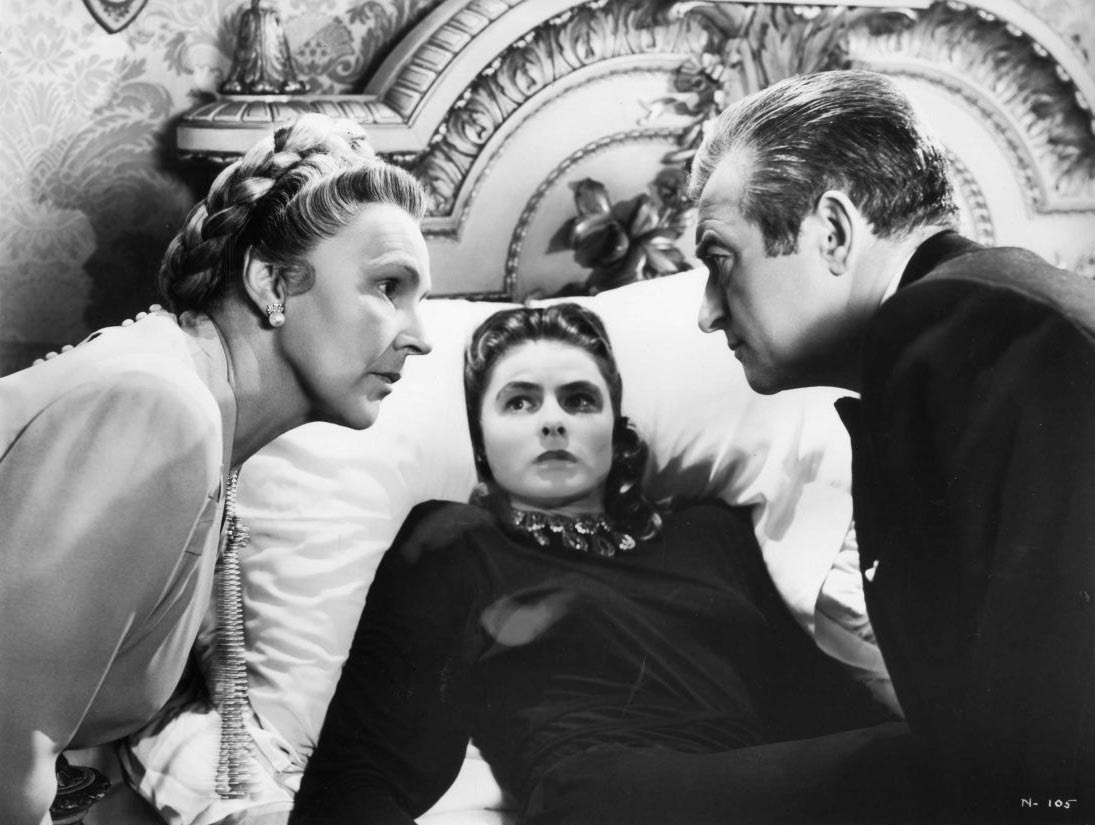 Alicia Huberman, a fun-loving playgirl in Miami, finds her reputation questioned because her father has been convicted of being a German spy. She meets Devlin, a U.S. agent, who convinces her to go to South America with him to help his investigations into the highly dangerous activities in Rio de Janeiro. There a plot by a group of “former” Nazis to corner the world market on enriched uranium is headed by Alexander Sebastian, who is a friend of Alicia’s jailed father.

Devlin and Alicia have fallen in love, but soon a plan is devised that will enable the American to spy on Sebastian: Alicia is to marry him. Fearing that Devlin no longer loves her, and wanting to prove that she is a patriotic American and remove the taint of suspicion that clings to her because of her father’s activities, she agrees.

At the party celebrating the marriage, Alicia slips Devlin a key to the wine cellar, where he discovers uranium ore samples hidden in old wine bottles. Sebastian, already suspicious of Alicia, discovers the truth and knows he must dispose of his wife to protect himself. Knowing that a sudden murder would alert the other members of the uranium cartel to his carelessness, he plots with his Nazi-sympathizing mother to slowly poison Alicia with arsenic. Too weak to alert Devlin, she lies helpless in bed until he finally realizes the truth and leads her away to safety.

In addition to being one of Alfred Hitchcock’s greatest films, with moments of suspense so intense as to be nearly unbearable, Notorious is also one of his most morally ambiguous. The heroine, seen early to be a flirty good-time girl, is willing to marry and bed an enemy of her country. The hero, claiming to be in love with her, is perfectly willing to send her off to sleep with another man.

The characters are as aware of this dilemma as the viewer. Devlin recognizes that it is his duty to send her into the arms of his enemy. That same sense of patriotic duty forces her to agree. Doubt rears its ugly head when Devlin wonders how, if she truly loves him, she could sleep with another man. And she wonders, if Devlin truly loves her, how he could ask her to do such a thing. We wonder too.

To complete the picture of moral ambivalence, Sebastian is portrayed as a gentleman who finds himself in a position not entirely of his own making and who would, apparently, be far happier if he were able to extricate himself from it. Circumstances force him along, one step to the next, until he is cornered and, undoubtedly, doomed.

Inexplicably, someone thought it was a good idea to remake Notorious as a movie for cable television in 1992.

Bergman (drunk) to Grant, suggesting a late-night drive: “My car is outside.” Grant replies, “Naturally.” 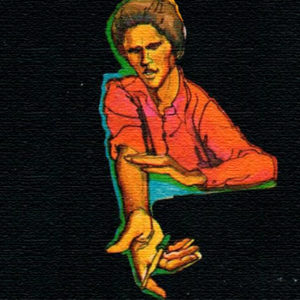 “I came to this country without a passport Ever since then I've been hunted and sought My little white grains are nothin'...
© LitHub
Back to top