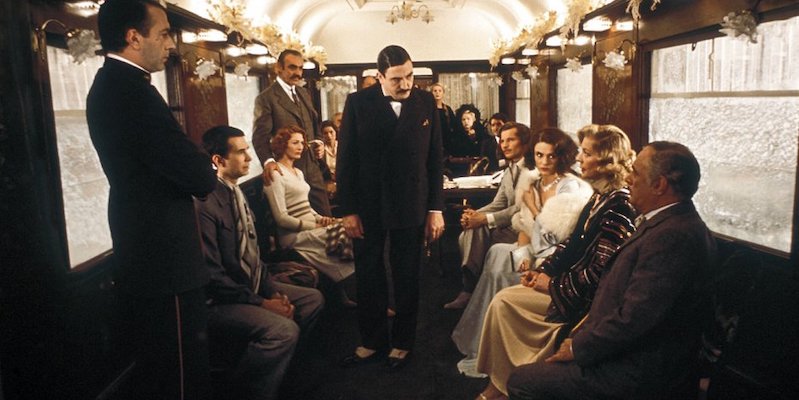 After the Margaret Rutherford (playing Margaret Rutherford, not Miss Jane Marple) movies, the tepid remake of And Then There Were None titled Ten Little Indians, the incoherent The Alphabet Murders (1966), and the criminally terrible Endless Night (1972), Agatha Christie determined that there would be no more motion pictures made from her books. Only the intervention of Lord Louis Mountbatten, former Viceroy to India and the uncle of Prince Philip, Duke of Edinburgh, convinced Dame Agatha to allow one more try. Director Sidney Lumet spared no expense to make as good a film as he could, and the results paid off. Christie was delighted with it, and it took in $19,000,000 at the box office, becoming the most successful British picture ever made at the time. 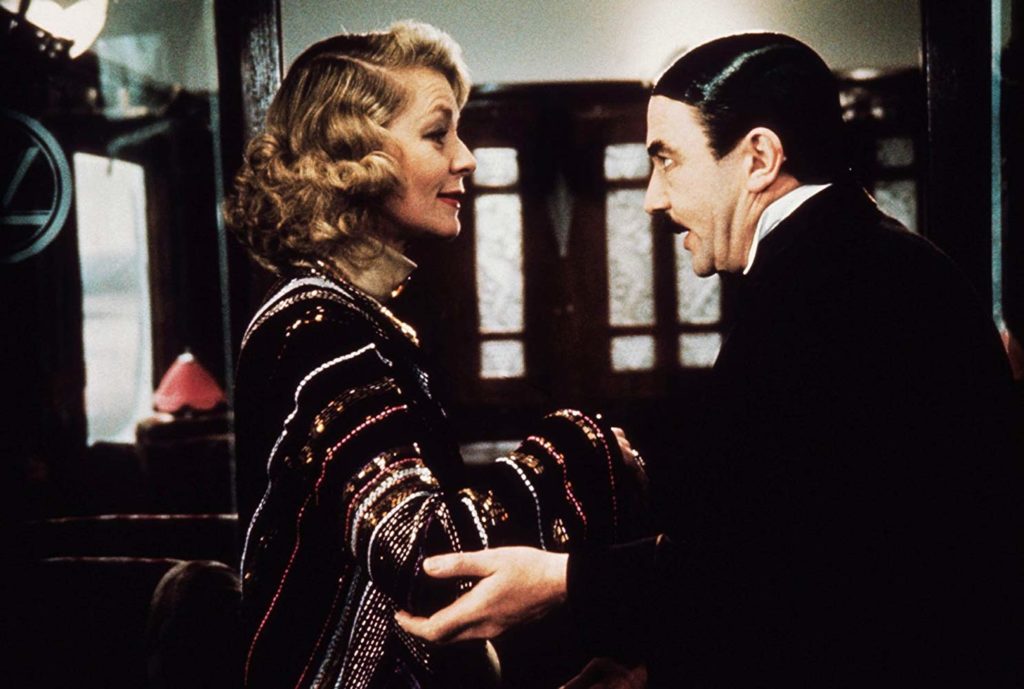 The famous Belgian detective Hercule Poirot boards the Orient Express on the Calais Coach. His fellow passengers are an interesting lot: Ratchett, an American businessman traveling with his secretary, Hector McQueen, his butler, Beddoes, and his bodyguard, Hardman; another obnoxious American, Mrs. Hubbard, who will not stop talking; a British Colonel, Arbuthnot; the Russian Princess Dragomiroff and her companion, Hildegarde Schmidt; a missionary from Sweden, Greta Ohlsson; and the Hungarian Count and Countess Andrenyi.

Ratchett is concerned that someone will try to kill him and offers Poirot $15,000 to protect him. Poirot refuses, and that night Ratchett is murdered in his berth, stabbed repeatedly. In the morning, Poirot learns that an avalanche has caused a giant snowdrift on the tracks, stranding the passengers. With no footprints in the snow, Poirot recognizes that the murderer must be one of the people still in the Calais Coach.

One by one, and outside of earshot of the others, Poirot interrogates the passengers, learning from Ratchett’s secretary that his employer had recently received threatening letters. When Dr. Constantine and the detective go to examine the body, the doctor tells Poirot that the stab wounds vary greatly, some deep, some shallow, some administered by the right hand, some by the left, and, finally, that it is possible that Ratchett was already dead when he was stabbed. Various clues turn up in Ratchett’s stateroom, including a piece of charred paper that Poirot is able to read by burning it again. It bears the words…member Little Daisy Armstrong and Poirot concludes that Ratchett was the kidnapper of the little American girl who had been held for $200,000 ransom but was then found dead, making headlines around the world.

As the questioning continues, Poirot learns that several of the passengers had known Ratchett and several others had had connections to the Armstrong family. Calling all the suspects together at last, Poirot informs them that no one person among them had killed Ratchett—they all had! Given ample reason, each passenger stabbed the callous killer in turn to avenge the murder of the baby.

Agatha Christie based her novel Murder on the Orient Express (in American titled Murder on the Calais Coach, 1934) on the Lindbergh kidnapping case, in which Anne and Charles Lindbergh paid a $50,000 ransom only to learn, some time later, that their baby had been murdered already.

Another plot element—the snowbound train unable to move forward or back—was also based on a real-life event. Five years before Christie wrote the book, the Orient Express had just crossed the Turkish border when an avalanche trapped it, keeping the train snowbound for six days.

Director Sidney Lumet might have expected to have a difficult time with so many huge stars (and commensurate egos) on the same set, but that was not the case. Each of the principals behaved professionally and all were pleased to be there for their own reasons.

Richard Widmark made no attempt to hide the fact that he took the role because he was eager to meet the other stars. Sean Connery had been afraid of being typecast as James Bond, and Lumet had offered him very different roles in The Hill (1965) and The Offence (1973), so he was happy to pay him back by appearing in a minor role. The others, especially the more mature ones like Ingrid Bergman, Wendy Hiller, and John Gielgud, enjoyed playing interesting characters without committing to long shooting schedules or long-run plays.

The premier of the film was held in London and Queen Elizabeth attended. Indeed, members of the royal family had been regulars on set, to the delight of everyone but Vanessa Redgrave, the political radical who disapproved of the special treatment given to them. She brought her own guest: Gary Healy of the Workers’ Revolutionary Party.

Raymond Chandler, in his seminal essay “The Simple Art of Murder,” wrote about Murder on the Orient Express:

M. Poirot decides that since nobody on a certain sleeper could have done the murder alone, everybody did it together, breaking the process down into a series of simple operations like assembling an egg beater. This is the type (of book) that is guaranteed to knock the keenest mind for a loop. Only a halfwit could guess it.

Ratchett offers Poirot “big money” to take on the job of protecting him. Poirot turns down $5,000, then $10,000, and finally $15,000. “I have made enough money to satisfy both my needs and my caprices,” he tells Ratchett, “I take only such cases now as interest me and, to be frank, my interest in your case is…dwindling.” 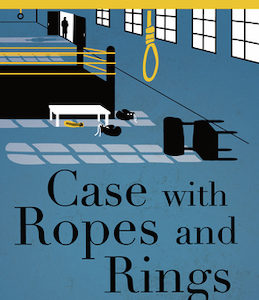 “It strikes me,” said Sergeant Beef to my brother when we three had returned to his little house, “as you would be a gentleman...
© LitHub
Back to top