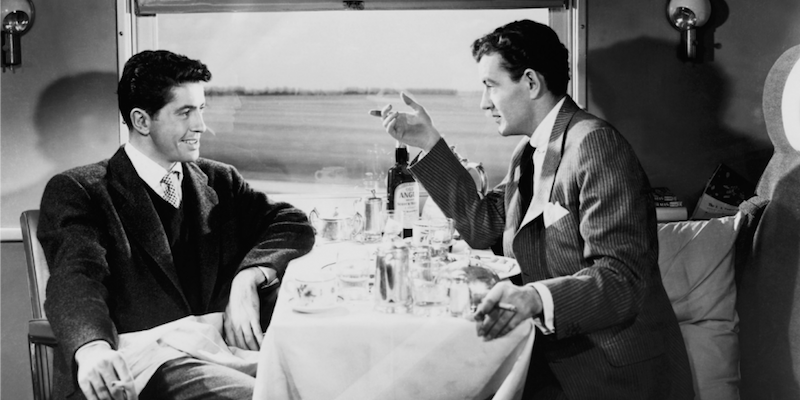 Raymond Chandler, who had been nominated for two Academy Awards for his screenplays, had pretty much decided that Hollywood was not for him. He was frequently drunk, longing to get back to writing novels, nursing his dying wife, and contemptuous of the collaborative process. Nonetheless, he was lured back to screenwriting because he wanted to work for Hitchcock. He received $2,500 a week with a five-week guarantee to write the screenplay for Strangers on a Train and had the contractual right to work at home, forcing Hitchcock to fly from Los Angeles to San Diego and then take a limousine to La Jolla for a meeting with him. In no time, Chandler regretted his decision, complaining loudly and often about Hitchcock’s willingness to subjugate story and logic for a dramatic cinematic effect. As the relationship became more and more strained, Chandler openly defied Hitchcock, asking him, “If you know exactly what you want, why did you hire me?” It got worse. On one trip to La Jolla, Chandler watched Hitchcock pull up and said loudly, “Look at that fat bastard trying to get out of the limousine.” When his secretary warned him that he might be heard (and apparently he was), he replied, “What do I care?” That was Hitchcock’s last trip to La Jolla, and Chandler was replaced on the project by Czenzi Ormonde, an assistant to Ben Hecht (who also worked, uncredited, on the script). After working on only eight screenplays, this was Chandler’s last involvement with Hollywood. 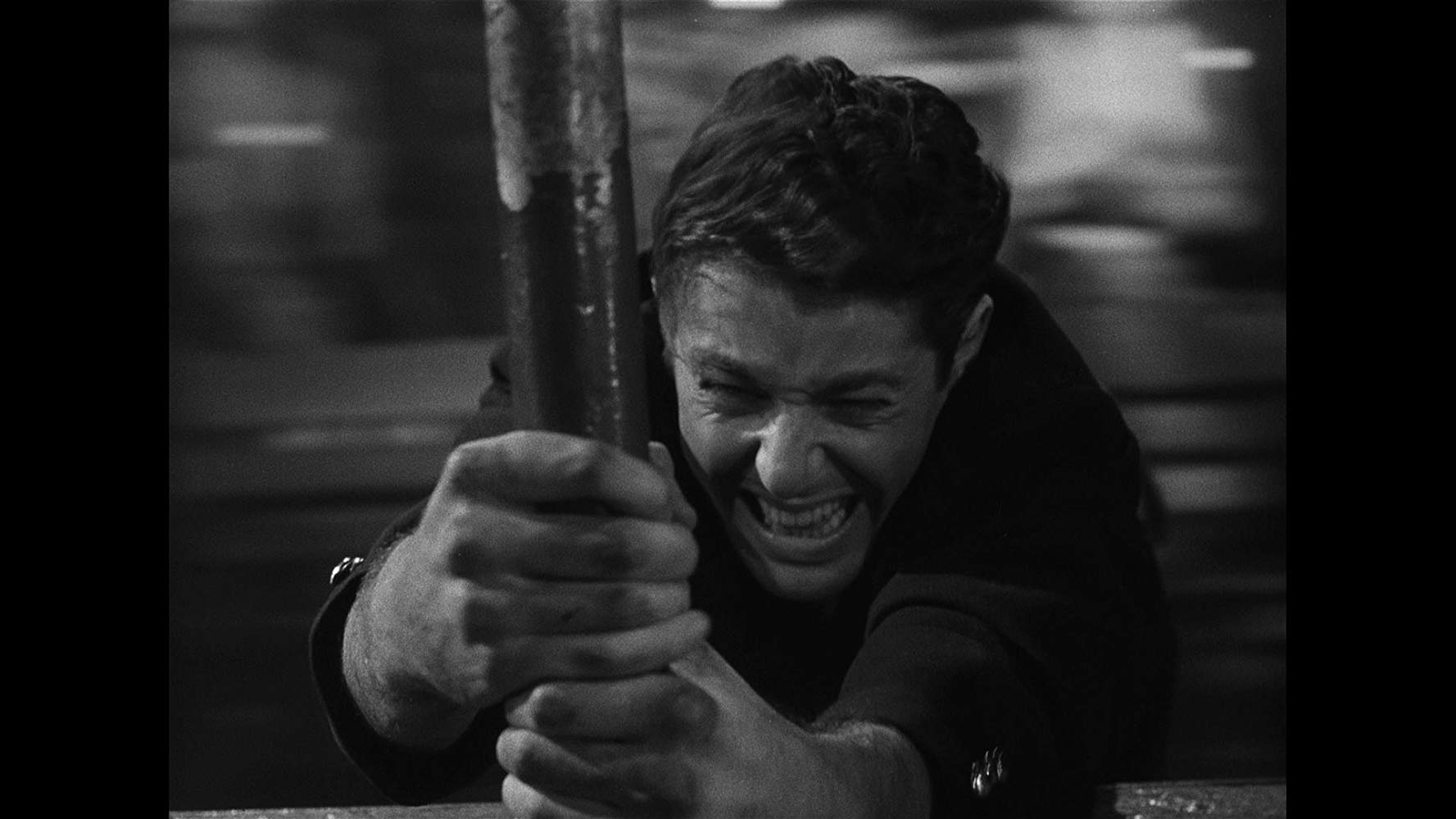 On a train trip, Guy Haines, a tennis player, meets Bruno Anthony, a ne’er-do-well who is a fan of his and seems to know a good deal about his life. As they chat, Guy reveals that he hates his wife, so Bruno amiably suggests that he will kill her, if Guy will reciprocate by killing his father. If both are strangers to the people they murder, he reasons, it will be impossible for anyone to suspect them. Guy rejects the idea, but when Bruno persists, he humors him, saying, “Sure, sure” just to get away from someone he perceives as an eccentric.

Guy goes to see his wife, bringing money for the divorce lawyer, but she takes the money and refuses to grant the divorce after all. Enraged Guy calls Ann Morton, the woman with whom he is in love, and tells her of Miriam’s change of heart, saying that he’d like to strangle her.

Bruno, in his madness, doesn’t realize that Guy has no intention of living up to what Bruno perceives as an agreement, and he follows Miriam to an amusement park, where he strangles her. Guy, just returned to Washington, has an alibi, having met a man on the train who turns out to have been too drunk to remember meeting him. Since Guy is a prominent athlete and engaged to a senator’s daughter, the police put an around-the-clock surveillance on him. His behavior becomes more and more suspicious to the police and to Ann, as he knows the identity of the murderer and is being harassed by him to live up to the bargain and kill his overbearing father.

To bring the situation to an end, Guy goes to Bruno’s house with a gun, sneaks up to his father’s bedroom, and begins to tell him of his son’s sinister plot, when Bruno reveals himself to be in his father’s bed. Now outraged, Bruno swears to implicate Guy by putting his cigarette lighter at the scene of the crime and informing the police.

Guy races through a tennis match to stop Bruno before he can plant the incriminating evidence, catching up to him at the amusement park. He chases him to a merry-go-round that careens out of control, going faster and faster as the two men fight. When it finally crashes, it crushes Bruno to death and the lighter is discovered clutched in his hand—proof that he was the killer.

After a string of failures, at least by Hitchcock’s standards (The Paradise Case, 1947; Rope, 1948; Under Capricorn, 1949; and Stage Fright, 1950), Strangers on a Train was a terrific commercial success that ushered in a dozen years of unabated triumphs. There are scenes of technical virtuosity, such as: watching Miriam be murdered through her fallen glasses; suspenseful crosscutting as the tennis match is intercut with Bruno’s attempt to retrieve the vital evidence, Guy’s lighter, from a sewer; and a frantic finale as a huge merry-go-round spins wildly out of control in a complex scene that was also very dangerous to film.

Patricia Highsmith, a young American author, sold the rights to her first novel for only $7,500. She did not realize that the purchaser was a front for Hitchcock and resented him forever after.

The motion picture was remade in 1969 as the incomprehensibly dreadful Once You Kiss a Stranger and served as the inspiration for Throw Momma from the Train (1987) with Danny DeVito and Billy Crystal, which isn’t as funny as one might wish.

Hitchcock Alert: The director has his screen moment struggling with a large cello case as he boards the train.

Guy is discussing the murder of his wife with Ann, her sister Barbara, and her father, Senator Morton, When the senator exclaims, “poor girl,” young Barbara replies, “She was a tramp.” The senator promptly lectures her saying, “She was a human being. And let me remind you that even the most unworthy of us has a right to life and the pursuit of happiness.” “From what I hear,” retorts his daughter, “she pursued it in all directions.” 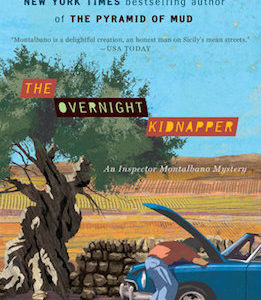 As Montalbano stood blissfully under the warm, long-awaited water of the shower, he started thinking about that morning of mix-ups. He’d...
© LitHub
Back to top