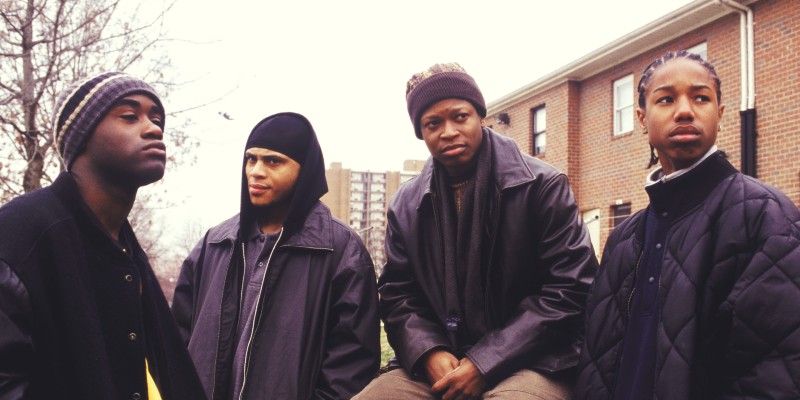 In 2020, I had a telephone conversation with writer/editor Ronda Racha Penrice about the groundbreaking HBO series The Wire. As we shared our thoughts and theories on the show that many fans and critics believe changed television, one that I loved and had watched in its entirety, I had no idea that she would soon be compiling a book of critical essays on subject. However, that was precisely what Penrice did the next year with Cracking The Wire During Black Lives Matter (Fayetteville Mafia Press), even inviting me to be down with the project. 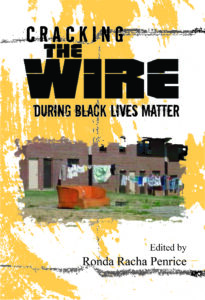 What sets Penrice’s book apart from others that have covered the subject is all of the scribes are Black writers who watched The Wire in real-time and offered commentary that is both of the era the show aired as well as through the Black Lives Matter lens. Divided into four sections that include “Baltimore vs. The Wire” and “The Incredible Lightness of Being Omar and Michael K. Williams,” the book covers many of the issues reflected in the show from race and class to sexuality and politics.

As a cultural critic, entertainment reporter and Black history enthusiast, Penrice was determined to contribute to the international conversation on The Wire with a chorus of unique voices that include stellar writers Serve Chambers, Sherree Renee Thomas, Julia Chance, Ericka Blount Danois, Danian Darrell Jerry and Scott Wilson.

Recently I had the pleasure to talk to Ms. Penrice about Cracking The Wire During Black Lives Matter and her vision behind this bold anthology.

Michael A. Gonzales: What was your vision for Cracking The Wire During Black Lives Matter and your criteria in choosing the essayists? Talk about why you divided the book into four parts, the last being a tribute to late actor Michael K. Williams who played Omar Little.

Ronda Racha Penrice: I wanted people who actually watched The Wire and had a unique perspective on it. I didn’t tell potential contributors I was editing a book on the show. Instead I asked if they had watched and, if they were to write about it, what would they say. I really wanted an interesting and provocative conversation so it was important to have different ideas, not just my own. I divided the book into these sections based on the essays I received. The only part that was pre-set initially was the Baltimore section, because from my travels there and conversations with people from B-More, I knew there were strong feelings and I wanted to represent that.

MAG: Cracking The Wire is dedicated to Michael K. Williams—why was that? What did Williams personally bring to the role that eventually made him such a key character?

RRP: When Michael K. passed, I was still working on the book and decided to honor him. There was just no other option. His passing was so unexpected and just devastating. The Wire without Omar is just unthinkable. He brought so much depth to that portrayal and provided added nuance to portraits of urban life as well as raised critical questions around sexuality. For so long, Black gay men were stereotyped as soft and here comes Omar who is no such thing. That forces people to reexamine what they think they know and to have writer Scott Wilson (“The Power of Omar and Michael K. Williams”) to be so raw and honest about the impact that Omar had on his thinking, and the role that played in his personal evolution, was something I could not plan.

MAG: Many of the essayists, including you, seemed to have a love/hate relationship with the show. What was it about The Wire that you think drew people in and continues to connect with them?

RRP: Whether The Wire was all the way there or not as far as capturing the fullness of the Black experience in its entirety in the way I believe rings truest does not negate the fact that it is one of the most groundbreaking shows in television history. Up until The Wire, Black folks in the hood were largely invisible. Men were Thug #1 and Thug #2 and women were largely welfare queens. In The Wire, these folks, like Odell Hall writes, went from being pawns to players. We actually got to know their names and a lot of other details TV previously just ignored. I am very clear on The Wire‘s impact but I also think it is essential to share what some of its limitations were not to knock The Wire so much but, instead, to show how we are progressing in representing Blackness on TV, especially when it comes to the hood.

MAG: What I loved about Cracking the Wire were the diverse subjects that mirrored the show. One of my favorites was Seve Chambers’ piece on Black people in journalism. As a journalist yourself, did that season resonate with you?

RRP: I’m not a trained journalist. I am a writer, a historian that fell into journalism so Seve’s essay was very enlightening to me as well. I can honestly say it’s a perspective I would not have chosen myself because while I knew it was important, I didn’t have the real-time examples that Seve presented. He’s coming from a POV of actively pursuing journalism. Him pointing out how the Afro-American (a Black weekly newspaper in Baltimore) was not a factor is like whoa. Like this publication that has been in Baltimore for over a century was not represented in a show about Black people in Baltimore, at least from my perspective, that’s just eye-opening and points to the work that needs to be done still.

MAG: Having lived in the show’s locale city for years, I was impressed with the Baltimore essays contributed by Ericka Blount Danois and Julia Chance. Why was it important to have those native voices and their thoughts about the city heard?

RRP: I knew that I had to let Baltimore speak. I was so grateful to have you as well as Ericka and Julia, especially since you each represent different perspectives. Your essay provides so much early context, Ericka actually covered the show and could speak on reactions of Baltimoreans as the show filmed and Julia made me think about how the Black middle class is seen, but not really heard in a nuanced manner. I just loved all of you shedding so much light on the intricacies of this thing, especially that something can be great and powerful and yet inadequate at the same time. Julia especially loves The Wire so this work is not to trash the program, but to peel back the layers and dig deeper so that we can continue to build and push Black representation on TV further.

MAG: As a media critic, do you think The Wire inspired other urban storytelling, be it crime based or not. What were the show’s heirs and legacy?

RRP: The Power Universe on Starz although 50 Cent might disagree and Snowfall come immediately to mind. Brianna, Michael Hyatt is even in Snowfall. Wood Harris, (Avon) and Andre Royo (Bubbles) added more legitimacy to Empire. And then Wire actors have just gone off. What are the chances that Idris Elba and Michal B. Jordan would come from the same show? But these cats, as folks found out with Michael K. later in his career, had the goods. I mean look at what Jamie Hector, known on The Wire as Marlo, is doing, Lance Reddick, Wendell Pierce already had a name when he arrived. Every time I look at a TV show there is someone from The Wire, like a lot of them, not just the Black actors though that’s my focus. The Wire‘s cast is just one of the most amazing of all time but sadly they are the least acknowledged and I am so not cool with that.

MAG: This year is the 20th anniversary of The Wire, and much has happened in Baltimore since the show was taken off the air in 2008, including the arrest of crooked politicians and cops as well as the death of Freddie Gray. In fact, Simon’s new show (We Own This City) is about “bad apples” on the police force. Any thoughts on any of this.

RRP: Not sure how Simon will handle this new show mainly, because he is not as close to the source material as he was with The Wire. Hopefully he has staffed the show with those who are. I think The Wire indirectly showed how broken these two areas have always been. The difference was just perspective. Back then, 20 years ago, lots of people didn’t see it that way and today they see it for what it is. The Wire definitely showed that McNulty was definitely shady and unethical. The difference between then and now is that folks like him can be held accountable in ways in which they could not be then.

Sadly it’s not Freddie Gray’s death that moved the needle but the media attention around it. He wasn’t the first to die. I am not from Baltimore and have never lived there, but what I see happening there is not unique to Baltimore. I am from Chicago so there are a lot of things at play there as well and that’s true of other cities with significant Black populations. Lots of us then and now are very clear that The Wire isn’t just about Baltimore, but about the country at large, and we have a lot of work to do still.

Harlem native Michael A. Gonzales is a cultural critic, short story scribe and essayist who has written for The Paris Review, The Village Voice, Wax Poetics, The Wire UK, Maggot Brain and Pitchfork. His fiction has appeared in Under the Thumb: Stories of Police Oppression edited by S.A. Cosby, Taint Taint Taint, Dead-End Jobs: A Hit Man Anthology edited by Andrew J. Rausch, Black Pulp edited by Gary Phillips and The Root. Upcoming stories will appear in The Book of Extraordinary Femme Fatale Stories edited by Maxim Jakubowski, Get Up Offa That Thing: Crime Fiction Inspired by James Brown edited by Gary Phillips, Killens Review of Arts & Letters and Obsidian Literature & Arts in the African Diaspora. 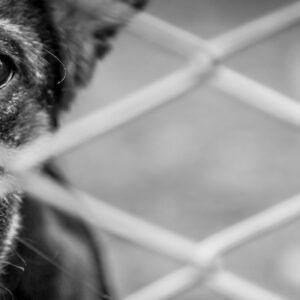 I return again and again, in my writing, to the same well—family, love and survival. In my latest book, ‘Sundial,’...
© LitHub
Back to top