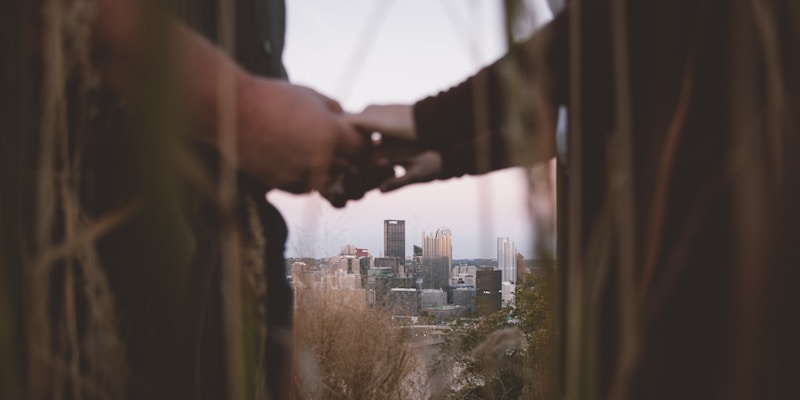 There’s a line in my “official” bio that reads that I grew up following my minister father from church to church, and that’s where my interest in human nature began. Honestly, I’m not sure who wrote the bio (it may have been me…the time in my life leading up to my debut was insane and amazing and a bit hazy, but my dad sure gets a kick out of being mentioned wherever it’s posted), but it truly sums up how early my interest in the dynamics of relationships began.

Of course, as a child, I wouldn’t have described it that way. Living in so many places, especially small towns, I learned early to be on the lookout for how people used their power in relationships. How seemingly innocuous words and behavior could turn toxic given the correct, or often incorrect, context. From the boy in Kindergarten who kept watch over the swings (and under girls’ skirts) who offered to let me have a turn if I would just give him a kiss to the complicated politics of a middle school dance, the ways people behaved, kids especially, since I was one, never failed to intimidate, appall, and fascinate me.

I spent my early years as an observer of life, a young social scientist of sorts. I sat in the background, as invisible as possible, and created extensive lists in my head. Lists of rules and norms and especially when there were exceptions to those rules and norms. I would go home and act them out with dolls and Barbies until I was older than I probably should have been, and then switched to detailed daydreams where I became the exception, challenged the status quo, became the center of the story instead of its observer.

As I grew older, I felt I had a grip on how people behaved in most situations, but still lacked knowledge on the why. My high school psychology class opened up a whole new world for me, asking me to consider questions like, “If you could be anyone else for a day, who would you be and why?” My teacher asked me to read my essay on “Becoming Britney Spears” to the class because he found my musings on whether I would still be ME if I was in another body worthy of class debate. Which inevitably led to my own deeper wonderings on what contributes to how we see ourselves and others in the context of our culture and worldview.

I took my curiosity on human nature with me to college and graduated with a bachelor’s degree in psychology, minoring in sociology, and went on to a marriage and family therapy master’s program. For the past ten years I have been working with children and families in some of the most impoverished areas of Des Moines, as well as some of the most affluent. One thing I can say for sure is that, regardless of socioeconomic class, many facets of human nature, of the precarious balance of power and control in relationships, are universal.

I often say that the essence of who we are as humans comes down to how we relate to other people. Of course, that’s a very simplified way of putting things, but so much of what shapes us comes down to interactions with other people living in our space. The closer in our little bubbles they live, the more they shape who we are. Our beliefs mirror theirs, our mannerisms and habits are echoes of those we witnessed in our parents or siblings or friends. They have influence and power over us, and in healthy relationships, there is a balance of power and control and goes both ways, informed by mutual love and respect.

What I see and hear daily in my work…is what happens when those dynamics go wonky, when controlling someone becomes more important than any other aspect of a relationship.

What I see and hear daily in my work, what I read about for years before actually witnessing some of the most disturbing and upsetting relationships anyone could imagine, is what happens when those dynamics go wonky, when controlling someone becomes more important than any other aspect of a relationship. My therapy practice is very trauma-focused, meaning that instead of jumping to the assumption that there is something inherently wrong with a person who is behaving outside the norms of society, I look at what in their life has led them to develop these behaviors and reactions. Not what is wrong with them, but what happened to them.

The tricky part is understanding that trauma manifests in vastly different ways across the population. One of the criticisms I hear most, usually from people who have lived generally privileged and safe lives, is that there’s no way someone would react the way they do in my books. No way would she stay with him. No way would she think that behavior was acceptable. Surely she would tell someone, do something, say something. Why would he just accept that? Why isn’t he more bothered by what happened? Is he a sociopath?

It doesn’t bother me to be asked these questions, or for people to think the relationships in my books are unbelievable. In fact, in some ways I’m glad that they have lived such lives that prevent them from believing humans are capable of some of the atrocities that I have learned about. I put much more weight on the emails and messages I receive from people who have been in similar circumstances, reaching out to thank me, to tell me that even though their specific situations were different, they saw a bit of themselves in my characters, that they felt understood, seen in ways they hadn’t before.

Just as I want to emphasize that everyone reacts to life circumstances with varying levels of resilience and a wide variety of coping techniques, I also want to use what I know about human nature and the human psyche to show that all “villains” are not one-dimensional beings focused on the destruction of others no matter the cost. I’m sure most writers have heard the phrase, “Every villain is the hero of their own story,” and it’s something I have taken to heart. It helps that it meshes with the fact that I’ve always had a soft spot for villains.

I began writing my first thriller when I had too much of the negative in my head from all the traumatic stories I had heard and needed to get it out on paper.

I remember distinctly being on vacation in Arkansas, hanging out in the evening while my brother-in-law read my first book. I became aware of that creepy feeling of being watched, and looked up to find him glaring at me. “You made me feel bad for Mama,” he accused. “I don’t want to feel bad for her. I want to hate her.” I only shrugged and hid my smile, because that was proof that, in at least one instance, I had achieved my goal. That character did horrible things, made horrible choices, but once her backstory was revealed, once the dark parts in her in carefully crafted life became obvious, it was hard to feel complete animosity towards her.

As a therapist, I’ve had to work with a lot of people I don’t particularly like. The abusive and controlling father, the mentally absent mother, the older sibling who just can’t give their kid brother a break. My first job was doing home-based family work with teenagers who were on probation. You can learn a lot about a person just by stepping into their home for an hour a week. But the lesson I learned early on was that the more I learned about where this family came from, what they had been through, the easier it was to find compassion, as well as solutions. And, as always, I learned that while every situation is different, there are many things that are universal.

I began writing my first thriller when I had too much of the negative in my head from all the traumatic stories I had heard and needed to get it out on paper. What started as catharsis for a stretched and stressed brain turned into so much more than I could have imagined. I am blessed in that I have been able to use my education and work experience to add knowledge and depth to my storytelling that would not be present otherwise. While there are many caveats to the age-old writing advice of “write what you know,” I am living proof that in some cases, doing just that can lead to incredible things.

Rena Olsen is the author of The Girl Before, a Booklist top mystery debut of 2016, and With You Always. Olsen grew up moving around every few years, following her minister father from church to church, and her exposure to so many different people and environments sparked an interest in human nature. She earned a bachelor’s degree in psychology and a master’s in marriage and family therapy. A licensed therapist, she works in Des Moines, Iowa. 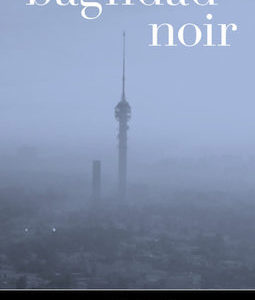 al-Fadhil District We found Qamar’s body in the courtyard—it was half past five in the morning, and her mother’s screams...
© LitHub
Back to top