Crime and the City: Chinatowns

A Brief History of Crime and Mystery in the World's Chinatotowns

Chinatowns have long been a honeypot for crime writers. Once mysterious and “other,” nowadays Chinatown crime reads are likely to feature voracious developers trying to force out traditional communities, corrupt Chinese Communist officials on the run, or newly arrived gangsters challenging the locals. If you subscribe to the theory that Australian author Fergus Hume’s 1886 The Mystery of a Handsome Cab was the first commercially successful detective novel, Chinatowns have been at the heart of crime fiction since its very inception. A murder in a handsome cab, families with secrets, a detective called Gorby employing deductive reasoning, and a great deal of the action taking place in Melbourne’s Little Bourke Street which was then, and is now, the city’s Chinatown. Over 130 years old, but it’s still a gripping read.

Sherlock Holmes descends into the opium dens of East London in The Man with the Twisted Lip (1891), while Dr. Fu Manchu’s creator Sax Rohmer was forever diving down to Limehouse (then London’s Chinatown) in the East End. His 1919 novel Dope sought to reveal the extent of underground drug use in London with degenerate debutantes frequenting West End “poppy circles” and becoming enslaved to chandu (as prepared opium was then called). Thomas Burke’s Limehouse Nights (1916) is a collection of stories set in the Chinese quarter featuring the Chinese and cockney communities. Burke’s is a generally affectionate portrayal of London’s First World War-era Chinatown, but there’s plenty of criminality too.

Of course all these representations were fictional accounts rather than anthropological surveys and tended to accentuate the poverty and squalor, the otherness of the “alien quarters” within. Hume’s Melbourne Chinatown was portrayed as filthy and where Chinese immigrants were forced to mix with the gin-sodden dregs of the English convicts. Likewise, Burke’s Chinese were living cheek-by-jowl with washed up boxers like “the Croucher,” or Battling Burrows, while Rohmer has Mrs. Sin (Rohmer was never one to shy away from nominative determinism), a kimono-clad, opium dealing, Argentine Jewess who has married the opium seller Sin Sin Wa and appears content to live among the Chinese in Limehouse—which naturally marks her out as debauched.

Well that was then; this is now.

S.J. Rozan’s Lydia Chin & Bill Smith series started in 1994 with China Trade. New York Chinatown PI Chin can’t avoid finding trouble, has a mother who doesn’t think much of her career choices, and a partner (Smith) who lives above a bar. She’s hunting stolen Chinese porcelain, but finds Chinese gangs and a murder. The investigations continue through extortion in the rag trade (Mandarin Plaid, 1997); Chinatown’s restaurant scene (A Bitter Feast, 1998); and the Chinese art world (Ghost Hero, 2011). There are now eleven Chin/Smith Chinatown books, with a couple of side trips to Hong Kong and Shanghai, and more to follow.

Henry Chang was born and raised in New York’s Chinatown. His recurring character Jack Yu inhabits a tough and violent Chinatown a million miles away from the tourist board image. Chang still lives in Chinatown and works in the “security” industry. There are five books in the Jack Yu series starting with Chinatown Beat (2006), an explosive debut introducing Yu, the only ethnic-Chinese NYPD officer patrolling the streets of Chinatown. A tong (secret society) boss is gunned down, the gangs are gearing up for war, Jack’s father is dying and he can’t forget his murdered brother. Chang’s Canal Street is gritty, dangerous and unforgiving. The second Yu book, Year of the Dog (2007), tackles Chinatown’s gambling dens; Red Jade (2011) is book three and gives us karaoke, mysterious women from Hong Kong, and a deadly link between New York and Seattle’s Chinatowns; Death Money (2014) reveals how wealthy triads trade the overcrowded tenements of Chinatown for the McMansions of New Jersey; and Lucky (2017), the most recent in the series, heads back to betting and beatings down among the triads. According to Chang’s website Jack Yu is being adapted for TV—I do hope so, it could be one hell of a series.

A couple of true crime Chinatown tales: T.J. English’s Born to Kill: The Rise of America’s Bloodiest Asian Gang (2009) goes back to the 1980s and early 1990s and the rise of the Vietnamese gangs in New York’s Chinatown. The “Born to Kill” gang took took their name from a slogan they had seen, as small children, on helicopters and the helmets of US soldiers. Back even further in time, Scott Seligmann’s Tong Wars: The Untold Story of Vice, Money, and Murder in New York’s Chinatown (2016) recreates the circumstances behind, the main characters involved, the events and the bloody fallout of the New York Tong Wars of 1925.

And finally, as ever, a must read recommendation—Ed Lin’s This Is A Bust (2007). It’s New York City’s Chinatown, circa 1976, through the eyes of Robert Chow, a Vietnam vet and Chinese-American cop reduced to being the Chinese face in a blue uniform doing community relations for the NYPD. Then an old woman dies and nobody cares except Chow. Lin’s novel moves into serious noir homage mode portraying a community and a city on the cusp of change and not sure if the next step is up, or further down. Chow returns in Snakes Can’t Run (2010) with the snakeheads dumping corpses around Chinatown. The trilogy is completed with One Red Bastard (2012).

The Year of the Pig should be a good one for crime writers looking for material. Some readings of the pig suggest an unlucky year with trouble and danger lurking at every corner; potential pitfalls abound; many will experience emotional ups and downs—basically key plot elements for any good crime novel! 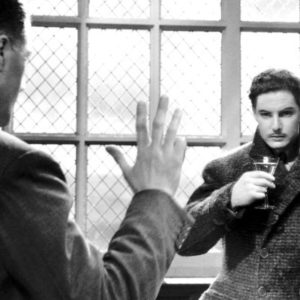 I was surprised to hear someone describe my latest book, Judgement, as a cat-and-mouse thriller. I hadn’t deliberately...
© LitHub
Back to top