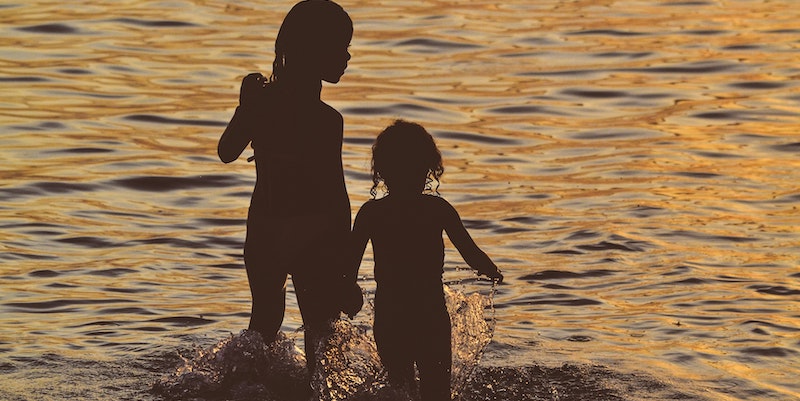 Whether searching for sisters or covering up their crimes, the bonds of family are tightest in crime fiction.

I never had a sister.

I have a truly exceptional brother, and am lucky in my number of wonderful cousins, but I never had a sister and throughout my life I’ve always been fascinated by my friends and their sisters. The way they fought each other and fought for each other, the way sisters know everything about each other and then find themselves surprised by each other’s hidden depths, each other’s secrets. I was obsessed with it all.

In my new mystery The Mountains Wild, my main character, Maggie D’arcy, is just out of college when her beloved and more-like-a-sister cousin Erin goes missing in the Wicklow Mountains, near where she’s been living in Dublin, Ireland. Maggie travels to Ireland to try to figure out what happened to Erin, but no trace of her is ever found. Twenty three years later, when new evidence is found—and another woman goes missing under similar circumstances—Maggie, now a homicide detective on Long Island, returns to Ireland to try to solve Erin’s disappearance once and for all.

While the novel is inspired by a series of real-life disappearances, Maggie’s search for her cousin is pure invention. I loved the idea of a character trying to find a much-loved and troubled family member, following in her footsteps, even living her life for a while, in trying to understand her and understand where she might have gone. Ultimately, Maggie realizes that she doesn’t really know Erin and won’t be able to find her until she solves the mystery of who Erin really was.

My Sister, the Serial Killer was one of my (and a lot of other readers’) top crime reads of the past year. It is centered on murders and murderers, but it’s really about violence of different kinds visited on women and how far we’ll go to protect each other. Sisters Korede and Ayoola live with their mother in a huge house in Lagos, Nigeria built by their now-deceased father. They have secrets with each other and from each other, more of them each day as it turns out, because beautiful Ayoola keeps killing the men she’s dating and dutiful Korede, a nurse, has to help her clean up the aftermath.

When Ayoola sets her sights on the man Korede cares for, the novel heads off in an unexpected and utterly inevitable direction, secrets circling back to secrets that make you re-examine everything about the murders and the novel. 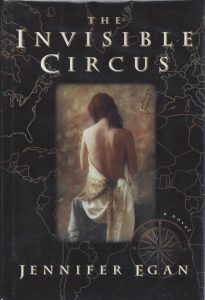 The Invisible Circus, by Jennifer Egan

Jennifer Egan’s debut, The Invisible Circus, isn’t strictly a crime novel, but it unfolds like one, introducing us to recent high school graduate Phoebe, still obsessed, eight years later, with the death of her wild hippie older sister Faith in Italy. Faith’s death is assumed to be a suicide, but Phoebe wants to know more and after lying to an old friend of Faith’s about her upcoming trip to Europe, she decides to make the trip a reality. She drains her bank account and runs off to follow in Faith’s footsteps across the continent.

She not only retraces Faith’s journeys, but lives her life, connecting with Faith’s boyfriend and visiting the places and people Faith did. Phoebe’s suspicions about how Faith really died intensify the more she learns about Faith’s last weeks, but what she finds at the end of her travels is more relevant to her own development of a self that is separate from but nonetheless infused with the spirit of her dead sister. 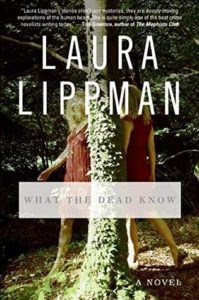 What the Dead Know by Laura Lippman

In Laura Lipman’s terrific 2007 novel, based on the real-life disappearances of the Lyon sisters from a mall in Wheaton, Maryland, Heather Bethany, the fictional version of one of the long-missing-and-presumed-dead sisters reappears one day, the suspect in a hit and run accident. For the detectives who were never able to find the missing sisters, it feels like the conclusion to a horrible mystery. But things are more complicated than that and Heather doesn’t do or say the things she’s expected to do or say. In fact, she doesn’t want to talk about what happened to her and her sister Sunny.

One of the best things about the novel, to my mind, is the complex portrait of these sisters, as adolescents before they disappear and in the imaginations of those who loved them and . . . well, to give anymore away would be a crime, but it’s Lippman’s skillful portrait of Heather and Sunny Bethany that stayed with me long after I’d read the twisty, revelatory, and believable resolution. 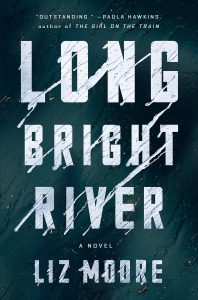 This stunning novel takes on a missing sister as well as the opioid crisis and the ways in which women are discounted and abused by our justice system. Michaela “Mickey” Fitzpatrick is a young police officer with the Philadelphia Police Department, raising her young son alone and responding to calls that, more and more, are related to the epidemic of opioid addiction on neighborhood streets. Mickey is estranged from her own sister, Kacey, for reasons related to Kacey’s struggle with addiction, but that we don’t fully understand until the end of the novel. When Mickey notices Kacey’s conspicuous absence on the streets, she begins to look for her sister, probing her own history and heart and uncovering a conspiracy of cruelty.

Long Bright River is about the ways in which the people we love disappoint us, but also about how they surprise us. It’s grim and ultimately hopeful, and it interrogates the idea of the “good sister” and the “bad sister” in ways that I found unexpectedly moving.

I loved Wilkinson’s debut novel, about a black woman blazing trails—and becoming disillusioned—in the FBI and the CIA during the Cold War. Marie Mitchell, the brilliant and reserved daughter of a Martinican mother and an American father, is younger sister to the assured and brave Helene. Growing up without their mother, Helene and Marie are both spies of a sort. There’s something inscrutable about Helene and yet, she is fiercely protective of Marie, and as Marie makes her own way in the shadowy intersection of American law enforcement and intelligence, Helene’s example is never far away.

The novel is a clever spy thriller set in post-independence Burkina Faso, a murder mystery, and a love story, but it’s also about Marie’s search for the truth about Helene and her life and death. What she finds will have far-reaching consequences, for Marie and for her young sons. I found the sister pair at the heart of American Spy one of the most thought -provoking things about a truly wonderful and provocative novel. 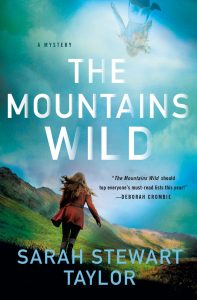 SARAH STEWART TAYLOR is the author of the Sweeney St. George series and the Maggie D'arcy series. Taylor grew up on Long Island in New York and was educated at Middlebury College in Vermont and Trinity College in Dublin. She lived in Dublin, Ireland in the mid-90s and she now lives with her family on a farm in Vermont where they raise sheep and grow blueberries. Her latest book, The Mountains Wild, launches a new series. 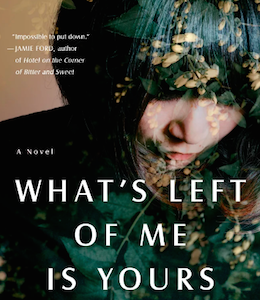 My mother was a photographer, before she became a wife. Each year when we went to the sea, Mama would play with me on the beach,...
© LitHub
Back to top