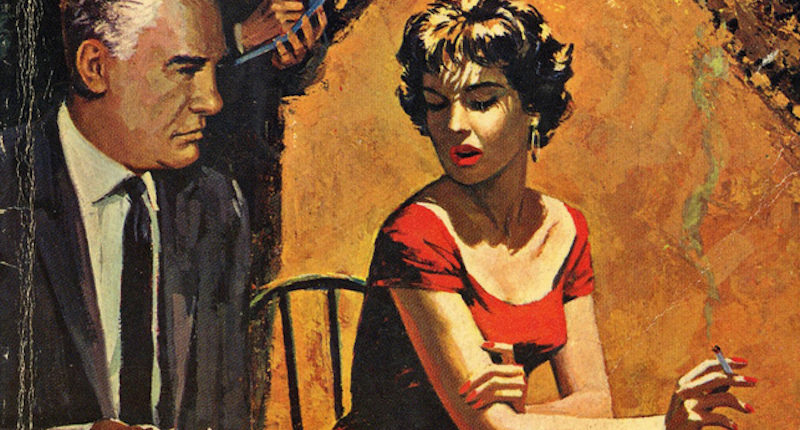 Dark Reads for When the Real World Seems Too Dark

When the call went around Lit Hub for words or books that comfort us in hard times, I realized I had not gone for any of my comfort reading, most of which is depressing as hell, as is my comfort music. What can I say, I’m a dark soul?

Rather, when I woke up in the dystopia we now live in my mind rambled slowly over to crime fiction and true crime, which makes up a large part of what I do, and I thought, perversely, these could be some exciting times. There is historical precedence for this: many of the classic noir novels were written in the dark years of World War Two and its immediate aftermath. Please don’t misunderstand me: If it were up to me, I’d rather be living in a different America. But given the reality of the America we are living in, I can’t help but think of how fecund these topics are going to be: from the resistance movements that will be formed (peaceful and not so peaceful) to the new era in cybercrime we are undoubtedly headed for to the new twists and turns the detective novel will take in an era of changing privacy laws and possible changes in gun legislation—I think the crime narrative will flourish in this time of flux. And as much as I dread this new administration coming in, I do look forward to seeing what this obscenely creative generation of crime writers will do under these new circumstances. So even this dark souled creature has a sliver of hope.

Until then, though, these are the titles I’ll be returning to in those moments when the real, terrible world seems too much.

James M. Cain, The Postman Always Rings Twice (1934)
Cain’s slim and lowdown masterpiece is a product of the depression and the California dustbowl. Loner strolls into a diner, finds a downtrodden woman there, and do I really have to say anymore? Though we think of Postman as a romance, it’s also a story about money, morals, and deceit, all of which we will be thinking about in the coming days.

Dashiell Hammett, The Thin Man (1934)
So you think the Thin Man is all clinking Martinis and witty repartee? Well, there is plenty of that, but Hammett wrote it in the depths of the Great Depression, so a great deal of the drinking and general gadabouting was to take the public’s mind off the fact that they did not have jobs or much to eat. I daresay it worked. It’s hard to feel blue when reading, or watching, the many entries in theThin Man franchise. Go on, I dare you.

Elisabeth Saxnay Holding, The Blank Wall (1947)
Helicopter parents, beware! Your daughters could grow up into hellions like the one in this book, mixed up with artists and thugs and giving her mother a terrible time while her father is off fighting in the war. Holding is a master at atmosphere, infusing the quaint seaside suburb with lurid undertones as the family hosts a number of visitors, savory and not: a man claiming to have blackmail material on the daughter, a cop investigating the murder, another man claiming to be a friend, etc. Throughout, Holding’s heroine keeps herself and her family together—no matter what.

James M. Cain, Mildred Pierce (1945)
Okay, already, I can hear you: Why so much Cain? Because I think he understands this period, the Depression (when Pierce and Postman are both set, though Pierce is published during World War Two), in an instinctive and canny way. While Postman is about a marriage, in Pierce we are back in the territory of The Blank Wall: that of mothers and children. Mildred Pierce is a mother besotted: she will do anything for her spoiled daughter, Veda. She builds a thriving chicken-and-waffles business, puts her own social life on hold for years, and gives Veda the world in exchange for her love. But Veda is a monster: she cannot give, she only takes, and takes, and takes some more (again, does this ring a bell?). Then she does the unforgivable and takes the one thing Mildred wants for herself.

Charles Willeford, Pick-Up (1955)
Charles Willeford might be my favorite hardboiled writer of all time, and this is my favorite of all of his books, so if you don’t like it go find another crime critic to read. Seriously, this book absolutely blew me away the first time I read it, and even knowing the big twist at the end (yes, there is a twist, and no, I am not going to spoil it) does not take away from the anger barely contained in Willeford’s sparse prose. If I had to pick one book to give you to both soothe you and prepare you for the coming days, this would be it.

Vincent Bugliosi, Helter Skelter (1974)
I first read Helter Skelter when I was way too young to read it because I was obsessed with the White Album and had parents who didn’t monitor my reading (or, really, me) very closely. Much to my surprise it had nothing to do with the Beatles and everything to do with the savage murders perpetrated by the Manson family in Los Angeles in the riot scarred landscape of the late 1960s. When I think of that time and place, the books that define it for me are Bugliosi’s masterful account of Manson’s misdeeds, Didion’s The White Album, and Terry Southern’s Candy. So the one that’s true crime makes this list.

Nichelle Tramble, The Dying Ground (2001)
Now, to northern California, specifically Oakland, before it became a refuge for dot-commers escaping ridiculous San Francisco rents. Tramble’s Oakland in 1989 is largely African-American, saddled by a serious crack epidemic and rival drug lords fighting over territory. These are rough times indeed, but Tramble’s book is so beautifully written and her characters so memorably drawn that you want to stay in her world despite the circumstances her people live with.

Robert Kolker, Lost Girls (2013) · Matthew Desmond, Evicted: Poverty and Profit in the American City (2016)
How curious, you might be thinking, she’s putting two nonfiction books from the last few years on this supposedly hardboiled fiction list. Let’s think this through for a minute. For some people, the Obama years have not been all wine and roses, and these books represent the people who fell through the holes in the nonexistent safety net of American social services, even during good times. Lost Girls is a crushing true crime book about young women whose bodies were all found on the same beach on Long Island. Most of them were working as escorts, advertising on Craigslist. The killer has still not been found. I’ve written before about Evicted in this space: it’s an outstanding ethnography about the poor in Cleveland, Ohio, and how an endless cycle of visits to government agencies and dead end jobs make pulling oneself out of poverty incredibly difficult.

Bill Loefhelm, Let the Devil Out (2016)
I’ve loved Loefhelm’s Maureen Coughlin series since it started, but this year’s installment, the fourth in the series, feels prescient right now. Coughlin is dealing with corruption at her job in the New Orleans police department, and she’s on suspension. Meanwhile, she’s been doing a little vigilante street fighting beating up barfly douchebags on the side just to get her ya-yas out (c’mon, you would too if you could). But what’s absolutely terrifying and now is the overarching presence of a well-armed white militia out to get the NOPD and Coughlin in particular. When the devil gets out—and he sure does, or in the local parlance, sho’ does—no one is safe. This is not comfort reading, it’s a manual for battening down the hatches. 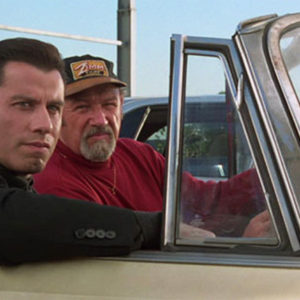 After finishing Killshot in 1989, Elmore Leonard felt ready to set about writing his Hollywood novel. He was well equipped,...
© LitHub
Back to top