5 Great Outcasts in Noir, From Parker to Gravedigger Jones

We don’t like being ignorant and we don’t like being bored. We don’t know what lies behind the locked door so our imaginations conjure the most outlandish ideas. From there the conspiracy theories and urban legends can flow.

That guy who lives nearby, plenty of money but no job, always out at night. Easy to guess what he does for a living, huh? Speculation becomes entertainment. There has to be an excuse. The outsider has to assimilate just enough that his bubble isn’t pricked by the fevered imaginations of those on the outside. 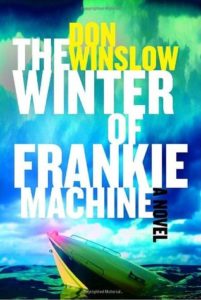 In Don Winslow’s The Winter of Frankie Machine a hitman has, for now, retired and built a life of utterly unremarkable normality.

“Fishing and surfing and the water should be about fun, not tension. It’s a big ocean, boys, and there’s plenty for everybody.

That’s Frank’s philosophy, and he shares it freely.

Everyone loves Frank the Bait Guy.”

You build a life and a lie. A life you don’t really live. Smile and let them think you’re one of them. They love him because they think they know who he is. They have no idea who he was. Those secrets are locked away but, when they carry the weight of a life like Frank Machianno’s, they will surely crash through eventually. 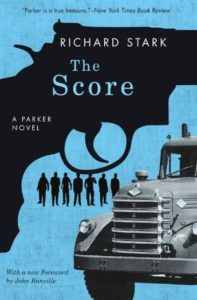 It’s easier for one side to play the part than the other. A criminal as a Parker figure. An outsider, a loner, a man with his own code and to hell with anyone who tries to make him deviate from it. Only, he’s not a loner. Not really. Richard Stark’s Parker works with other criminals on most jobs. He knows them. Tries to trust them. They’re not friends, just colleagues he needs to use, but he’s not alone. In The Score, he’s part of a large group doing a hellishly large job.

“You and Paulus and the others,” Edgars said, “you all know each other, know what to expect from each other. I don’t know any of you at all. When I’m around you, my back itches.” 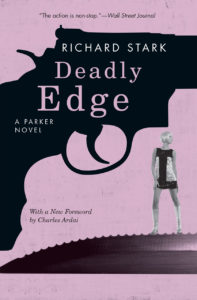 And he was married before. In later books he gets together with Claire. They live together. Between jobs they are, as much as they can be, a normal couple. Drawing no unwanted attention. But the character with secrets is always at risk, as Deadly Edge shows.

“She needed to keep touching things, to be sure they were still there, and when what she touched was the past, Parker had nothing to say back to her. His past didn’t exist.”

But he leaves her behind when he works, and so pulls on the cloak of the outsider again. Claire becomes more and more a background piece, his stories ones of a man on a job, an outsider not only to the world around him but the home life he’s created. 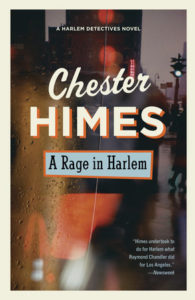 A cop as an outsider? Police work is a team game. The lone wolf must learn to run with the pack. You can twist the system, sure, but you have to do it from the inside. There are other ways to be on the outside, whether you want it or not. The great Chester Himes creations Coffin Ed and Gravedigger Jones, outsiders in the force and in their own community from the beginning, A Rage in Harlem.

“They had to be tough to work in Harlem. Colored folks didn’t respect colored cops. But they respected big shiny pistols and sudden death. It was said in Harlem that Coffin Ed’s pistol would kill a rock and that Grave Digger’s would bury it.”

The biggest reason a cop is more of a stretch as an outsider? We know the tune a good heart beats. We understand the good cop’s motivations, the choices they make, their logic. An outsider is mystery. The inexplicable. The good person may come in a shape we don’t initially recognize, but we will work it out. The mystery will erode. 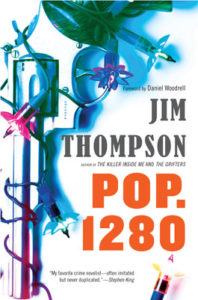 Not every outsider wanders into town from a far flung spot, all squinting eyes and taciturn demeanor. Not in POP. 1280 by Jim Thompson, because he’s always been there. The danger hiding in plain sight. In the community but never honestly a part of it. Ignored. Dismissed. Just the way he likes it. The worst thing to be is noticeable. Let the world form the wrong opinion of you and use that misjudgment as a shield.

“About the only person he had a kind word for was me. He said that a man like me could run the county by himself, and he was going to see that all the other officials were recalled, because they were just a needless expense and a menace to life and limb as well.”

Do your dark work when others have stopped paying any attention to you, when they’ve decided you aren’t worth their attention.

“..I unholstered my gun and took aim…

Curly said, ‘Oh, now, Nick!’ forcing a smile to his face. But it was the sickest smile I’ll ever see.

That’s the one thing people always know, I guess. They know when they’re going to die. And Moose and Curly knew that they were going to.”

The sheriff is the killer. The sheriff is a twisted and clever man. Not on the outside. He’s a clown. He’s harmless. He’s someone else entirely.

We’re hooked by our need to know what’s behind the locked door. Who’s in there and what the hell are they doing? Human nature demands answers and human creativity often picks the wrong ones. When the mystery turns out to contain a good person we understand them, we recognize in them what we see in ourselves and others. They become familiar and pleasant. Some characters will be so abhorrent and beyond comprehension that we’ll never get them, the mystery will become bitterly unbreakable. The most tantalizing stand in between, those good people doing bad things that we can almost, almost understand, but who are forever just out of reach. Those we follow again and again, waiting for a glimpse at the truth. We have to know.

The Death of Mrs. Westaway 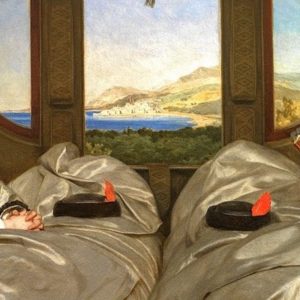 Historical crime writing is a varied type within the crime genre, and seems to be growing. From stories based on true crimes...
© LitHub
Back to top