Is It Possible to Escape Into Crime Fiction Amidst a Wave of Extra-Judicial Killing?

Manila’s certainly been in the crime news lately following President Rodrigo Duterte’s unleashing of a government-sanctioned vigilante war on the city’s drug dealers. Perhaps as many as 7,000 people—many drug dealers, but many sadly not—have been extra-judicially murdered, executed without any form of trial, according to Human Rights Watch. A stream of books from journalists, NGO workers, and others are in the works about this unprecedented period of slaughter on the streets of Manila. Perhaps this horror right in front of people’s front doors has meant that fictional crime has not developed as a major genre in the Philippines?

Indeed, the crime novel as a distinct oeuvre is relatively small in the Philippines. However, crimes certainly feature in much Manila-based general fiction. Indeed it is compulsory for every single Filipino High School student to read their national hero José Rizal’s 1887 novel Noli me Tángere (Touch Me Not in Latin). In that novel, a sacristan is falsely accused of stealing from a church and beaten to death. The real culprit, a priest, is never caught. The book had a positive influence on Filipino national identity but was attacked by the Catholic Church, who banned it in Catholic-run schools for decades.

Now, 130 years after Rizal’s controversial novel, it’s pretty difficult to find any dedicated Manila crime fiction—but those you can unearth are gems. A few years ago I met with Charlson Ong at the Singapore Writers Festival. Ong is a Manila writer who has dabbled in the crime genre. This was before Duterte, but Ong said he thought the problem was several fold—many people in Manila have to deal with crime and criminals on a daily basis in their communities, and they don’t want it in fictional form too; that thinking about crime raises various moral-philosophical questions that people found difficult to deal with and; potential readers had a problematic relationship with the forces of law and order who they often saw as overly-political, corrupt and not always working in their best interests. The Duterte era may well be exacerbating all these problems.

So the idea of simply reworking the standard genre of police procedurals or detective novels is problematic in the Philippines (as it is in other countries where the police are distrusted by just about everyone). Ong himself did opt to work in a local cop as hero in his novel Blue Angel, White Shadow (2010), a contemporary atmospheric noir that takes place in the bars, restaurants and run-down apartment blocks of Manila’s crumbling Binondo, the city’s Chinatown. Lounge singer Laurie Saldiaga is found dead in her room at the Blue Angel Café. Inspector Cyrus Ledesma, a Chinese mestizo policeman, is assigned the case. He’s a cop, but he’s got a troubled past; the café’s owner is politically connected; Cyrus’s uncle is a police chief suspected of corruption and nepotism. The characters interweave and overlap in complicated relationships, like so much of Manila society.

Ong is a well-known writer in Manila following his saga detailing the first century of Philippines independence: An Embarrassment of Riches (2000). The book was hailed as the country’s greatest modern novel. Blue Angel, White Shadow won the country’s prestigious National Book Award. Ong said, “I hoped to write a book that was both genre and ‘literary’ in the way Graham Greene and John LeCarré write some of their works.” He achieved that aim; Blue Angel, White Shadow is a crime novel that lingers in the mind long after you’ve finished it; the humidity of a Manila summer and the slow decay of the old quarters of the city are vividly portrayed.

But still, despite Ong’s Cyrus Ledesma, many ordinary Manila readers find the police difficult characters to identify with or have sympathy for. Perhaps best then to dispense with them as far as possible. And this is just what the Manila’s most successful crime writer to date, F.H. Batacan, did when she published her widely read and universally praised serial killer novel Smaller and Smaller Circles in 1999. There are a couple of lightly sketched out police officials in the background, but Batacan’s hero is a forensics-competent Jesuit priest, Father Augusto Saenz. The book raises several themes Manila readers responded to in droves making Smaller and Smaller Circles a bestseller, reprinted again and again, and a multi-award winner—when the rich get murdered the police and politicians care, but when the poor are killed they can’t be bothered; the police are ill-equipped and untrained to spot serial killers or track them down; a priest can get past social and class barriers and talk to people who wouldn’t give a copper the time of day.

Batacan’s killer is murdering children in impoverished Payatas, a “barangay” (or small administrative division of Manila) known mostly for being home to the city’s largest rubbish dump. Many of Payatas’s residents, and numerous children, make their living as scavengers, crawling over the 50-acre site looking for anything resalable or edible. Children go missing all the time in Payatas—their parents have no political power to force the police to search for them; the cops barely even note the disappearances; they don’t make the news. Only Saenz, his assistant Father Lucerno and a crusading female journalist Joanna Bonifacio (Batacan was herself a journalist before becoming a novelist) care enough to pursue the killer. Throughout, the Philippines National Bureau of Investigation is portrayed as inefficient, incompetent and mired in political infighting. Unsurprisingly, Smaller and Smaller Circles, which has continued to sell well in the Philippines for over 15 years, has now been turned into a movie by acclaimed local director Raya Martin and was filmed on location across Manila in 2016.

There are a few other Manila crime novels worth noting:

Nick Joaquin, who died in 2004, was one of the Philippines best-known writers and a born and bred Manileño. Joaquin was a journalist who really created the discipline of extended reportage in the Manila press. His books Reportage on Crime and Manila: Sin City and Other Chronicles (both 1977) are oft-republished true crime essays. Both provide vivid portraits of the underbelly and criminal milieu of Manila in the 1960s.

Trese is a fantastic series of animated novels from writer Budjette Tan and artist Kajo Balisimo. The series, which started in 2008, follows detective Alexandra Trese investigating supernatural crimes across Manila—crimes the regular cops can’t understand. The comics are stylish and cool delivering up a vision of a dark noir-ish Manila. Originally conceived as a series of a few books, devoted fans have demanded more and more.

Manila Lawyer Wilfredo Garcia has contributed the city’s most notable comedic crime novel to date. The Trail of the Chop-Chop Lady of Makati (2008) deals with a murderer violently dismembering and cutting up his victims scaring the hell out of both the rich and the poor of Makati (Manila’s major retail and business centre district). Garcia has a cop, a doctor and a computer hacker team up to catch the killer. There’s a dry humor to the novel, though it also comments on the wide social and class divisions of the city.

As I said before, you have to search hard for Manila crime, though often when you find it, such as Batacan or Ong, it’s among the best in class internationally. Rather than concentrate on the crime genre a number of Filipino writers have been keen to dip into crime just occasionally. Manila Noir (2013), part of the great and wide ranging Akashic Noir collections that feature crime writing from different cities, is a great way to taste-test many Filipino writers. The collection was edited by Manileño playwright and author Jessica Hagedorn. The collection features crime genre writers F.H. Batacan, Budjette Tan & Kajo Baldisim, but also has a whole bunch of other local writers dipping their toes in the genre—poet Eric Gamalinda, fiction writer Jose Dalisay Jr., historical novelist Gina Apostol and the short story writer Marianne Villanueva, among others. Asking non-genre writers to contribute to Manila Noir led to an outpouring of themes and styles—the legacy of the brutal Japanese occupation in World War Two, the two decades of the Marcos dictatorship, the cheek-by-jowl nature of the rich and poor of Manila. Writers mostly opted for Noir, but hardboiled, gothic and supernatural all made an appearance.

The Duterte era is clearly going to be a new challenge for writers in Manila. The death and bloodshed on the city’s streets in the so-called “war on drugs” since he took power in June 2016, and the seeming complicity of the city’s police in the vigilante campaign he has unleashed, will have to be confronted somehow in the city, and the country’s, literature. Whether that will mean a continued reluctance to write crime or, perhaps, a whole new embracing of the crime genre to explain contemporary Manila society is just around the corner. Until then people will have to tread carefully in Duterte’s Manila—as Detective Alexandra Trese warns, “When the sun sets in the city of Manila, don’t you dare make a wrong turn and end up in that dimly-lit side of the metro.” 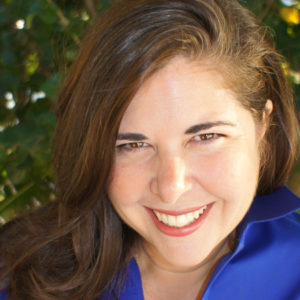 Lisa Unger's latest, The Red Hunter, is out now from Touchstone. What was the first book you fell in love with? I’ve...
© LitHub
Back to top