Crime Writing After
Life as a Cop

One of my favorite quotes and one I used as the epigraph for my latest novel, is a James Baldwin quote:

For me, the experience of policing and writing has been less about how policing influences my fiction and more about how writing has increased my understanding of my life, including my days, weeks, months and years as a cop.

I was fortunate in over thirty years of policing to have had a rich variety of assignments: beat cop, hostage negotiator, homicide detective, shift sergeant in the special victims unit, lieutenant downtown, assignments to innovative initiatives in policing Atlanta’s homeless and project director for training officers in de-escalation skills, particularly for people who had mental illnesses and were in crisis. Those assignments gave me access to a breadth of the human condition that I would otherwise never have experienced. And I’ve been able to call up my history as a sensory experience; the heat, late hour, my fatigue, the desperate street, all brought back in a trance of recollection.

There is one aspect of writing that is a natural fit for cops, especially former detectives, and that is an understanding of a character’s yearning. All cops long for, desire to, solve the crime, unravel the mystery.

We all have moments that call us back, not necessarily dramatic but sensory; the sting of a switch, taste of the madeleine, fragrance of dog paws, shadows on a wall, and we’re back and attuned. Writers cherish those moments, which have been called widowed images because they are seemingly unconnected with any larger narrative. In Toni Morrison’s Beloved the narrator is all over the place, jumping from one point of view to another, back and forth in time and place, but the great art is in the author’s trust in the connectedness of the sensory world.

At my age, late in most writers’ careers, I consider myself an infant, learning to use my recollection muscles, accessing the sensory experience, and, learning the craft well enough to be able to convey a truthful story. However, there is one aspect of writing that is a natural fit for cops, especially former detectives, and that is an understanding of a character’s yearning. All cops long for, desire to, solve the crime, unravel the mystery. So built into the character of a cop is that longing and the tension that accompanies yearning—“Will she solve the crime?” Of course great cop characters, Dostoyevsky’s Porfiry, Sherlock, Bosch, Lester Freamon from The Wire, to name a few, also have interior lives that intensify their desire to solve the crimes.

I have repeatedly referred to “sensory” details because my best writing has come from those moments when I can “see” the scene. I’m sensing the girl by seeing her hair, as it looks backlit by the yellow-white sun from the chest-high kitchen window. The girl is a character I created, as is the window, and the kitchen. But I know the sensory experience of sunlight shinning through a window.

In my years of policing, whenever it was possible to do so, I tried to be empathetic, to understand people. But it was through fiction that I was able to really “see” those boys on the corner.

One question you may be asking, and certainly others have asked, is, “But you have had some of the experiences described in your books, right?” And the answer is “yes” but the person experiencing those incidents is not I—they’re my characters’ experiences and because of their pasts they will react and feel differently than I. For example, the protagonist in my novels, Salt, has a tragic past which influences her and colors her point of view. When she is shot it triggers memories that border on hallucinations of her childhood. The shooting incident was loosely based on the shooting of a female colleague who had no such past. Another violent encounter described in one of the novels was inspired by an incident in which another female colleague was shot and killed. But in the novel Salt survives. The details of those scenes came from bits and pieces of my sensory experiences; the blowing dust and dirt on the expressway, the feel of cheap ceiling tiles, the smell of gunpowder.

Sometimes I don’t have a conscious memory of a taste, smell, feel, sound, or sight but in the trance of writing those sense experiences become accessible—sometimes.

Maybe the strongest influence that my career in law enforcement has had on my writing was the reason I began writing. In 2001 I experienced some serious tragedies both professional and personal. I was the sergeant working with a team of detectives in the Crimes Against Children unit. Every morning I’d come to work, pick up the thirty or more reports from the uniform first responders and reports from Child Services. Reports of children who were victims of physical and sexual assault. Reports of children who were victims of extreme neglect or abuse. Runaways. Children exploited. My already shaky marriage came undone resulting in a divorce. My best friend of many years died of breast cancer. The combined sadness of these events motivated me to look for catharsis. I found it in fiction writing.

It’s been said that writers write in order to try to understand their experience of the world. Anais Nin said, “We write to taste life twice, in the moment and in retrospect.” I have found that through fiction I have the luxury of time and am now able to examine my experiences at a deeper level, to search for meaning. A good example of that search for understanding is from one of my characters, Lil D. When I first began writing him he was just a walk-on, a flat character. He was a composite inspired by the ubiquitous drug-boys-on-the-corner. He had the scowl, the baggy pants and he sold drugs on the corner. He was a trope. But through the transcendence of fiction an amazing thing happened as I wrote him—I had to, if I was going to be a writer of truth, walk in his shoes. I had to feel what it was like to be him. And in this process he unfolded in all of his complicated humanness. In my years of policing, whenever it was possible to do so, I tried to be empathetic, to understand people. But it was through fiction that I was able to really “see” those boys on the corner.

Trudy Nan Boyce received her Ph.D. in community counseling before becoming a police officer for the City of Atlanta. During her more-than-thirty-year career she served as a beat cop, homicide detective, senior hostage negotiator, and lieutenant. Boyce retired from the police department in 2008 and still lives in Atlanta. She was awarded both a Georgia Author of the Year Award and a Pinckley Prize for her debut, Out of the Blues.

Too Close to Breathe 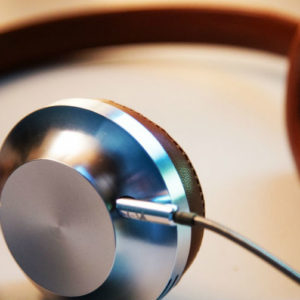 We’re living in an incredibly exciting time for podcasting, and crime podcasts are no exception. With such an explosion...
© LitHub
Back to top