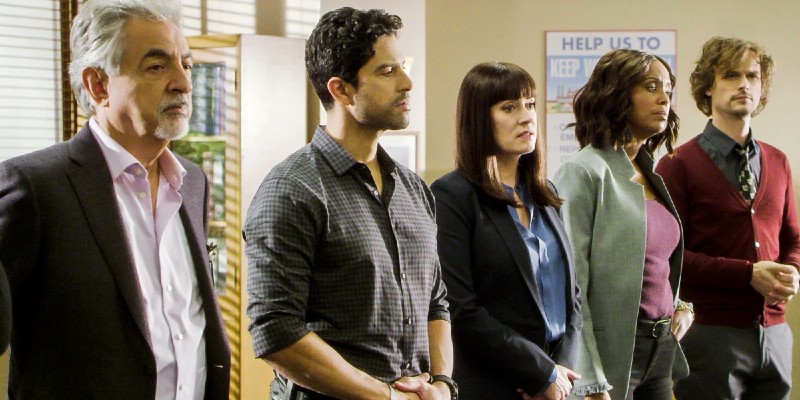 In the summer of 2021, a tweet made the rounds claiming that anyone who comfort-watched Criminal Minds needed help. We were in the midst of a pandemic that still hasn’t gone away and I was in the midst of a binge of that very show. I laughed, sent it to fellow fans, and forgot about it.

Because here’s the thing: for many of us, that show is the comfort we need, especially when the world is ending.

Now, for the sake of the argument, any fiction-based crime show can be subbed in for Criminal Minds here, but true crime is a different beast and I do not claim any parallels between it and the fictional worlds I’m going to discuss.

It also must be noted that my affinity for crime fiction, be it in print or on-screen, has become complicated as American policing has proven itself to be increasingly devoid of humanity, and this dissonance is part of why that innocuous tweet stuck with me. As a college-educated leftist, I rationally know that I shouldn’t want to consume media that portrays law enforcement as anything other than the complicatedly corrupt organization it is, and yet when I need a comfort watch, nine times out of ten, it’s murdery.

It’s Nice to Choose Your Family

First, no one watches crime shows just for the crime. They might think they do, but when the crime is solved and justice is neatly served, we’re left with one thing: the people we started with.

One of the biggest appeals of crime fiction is the found family aspect that’s at the heart of it. Even in shows where the crime is as beautifully rendered as it is in Hannibal, that’s not the part that matters most. What we care about is the (dysfunctional) family that is Will, Hannibal, Jack, and Alana. If we’re partaking of anything Sherlockian, sure, we marvel at the clever deductions and exciting cases, but we invest in the Holmes and Watson dynamic and the people in their orbit. And with Criminal Minds, you may come for the unsubs, but you stay for the BAU.

While some ensemble shows foist romantic arcs onto their characters, the core of most teams are deep, platonic friendships and Criminal Minds is no different. With only a few extremely minor exceptions, the show doesn’t stray into romantic relationships among the team, but there is a solidity and depth to their commitment to one another that many of us don’t have in real life. But spending 324 episodes with the team can make us feel like we do. Sure, solving cases matters, but what gets us is the chemistry of Morgan and Garcia’s banter, the joy of Rossi’s dinner parties, and the victory of Reid’s softball game. It’s these windows into the lives we wish we led, with the kind of people we wish we shared them with that keep us coming back, and when the pandemic has separated so many of us, that sense of connection – however fictional – is no small thing.

Thanks to life in a global pandemic, more people than ever are grappling with anxiety and there’s nothing anxiety likes more than high-stakes consequences. For those of us bound by this condition, every day can be filled with moments that our brains convince us are life-and-death matters, even getting our bodies on board with the betrayal by giving us racing hearts and chest pains. So it’s nice, at the end of the day, to park that panic in front of something that externally reinforces what has been raging internally all day. Suddenly the anxiety has something to sink its teeth into. Will the bomb go off? Will our favorite character survive an attack? Will the killer get away? These are the scenarios anxiety-brain has trained for and it revels in the immediacy of them. Because we have spent so much time with these characters, we are invested in them. Their survival becomes our survival, their triumphs our own. Anxiety brain has a job and the rest of our nervous system can take a break, if only until the credits roll.

Reinforcement That People Don’t Suck (Even When Everything Else Does)

It may sound strange when discussing shows that highlight the worst acts of violence that can be committed, but shows like Criminal Minds reinforce the idea that people are fundamentally good. Not all of them, obviously, but the ones who count – our family determined not by the blood shared, but by those we’d bleed for. This isn’t to be confused with ‘law enforcement is fundamentally good,’ just that the people we count on are. In the world of this fictional BAU, it doesn’t matter how bad things get, in the end, they will always have each other’s backs. If you’re wounded, you’re going to wake up with someone at your side. If you’re kidnapped, someone will find you. When you’re happy, people will celebrate with you and when your world ends, they’ll hold you up. Who wouldn’t want to live in a world where that’s true?

The fantasy of crime shows is twofold. First, the worlds themselves – the departments, the bureaus, the teams – bear little resemblance to their real-life inspirations. Criminal Mind’s BAU, Bones’ lab, and Elementary’s NYPD may as well be Narnia for all their realism. And that’s a good thing. It’s what allows them to be escapist.

The second critical fantasy that crime shows offer is that things always work out. The good guys always win, justice is always served, and evil can always be thwarted. We live in a world that has proven time and again that this is simply not true and the pandemic has only made that truth harder to ignore. But our brains still like to believe it.

Some people want their fantasy with dragons and swords, some with swoony meet-cutes and kisses, but some of us weirdos want it with the worst humanity has to offer being defeated by the kind of heroes we can almost picture ourselves being. 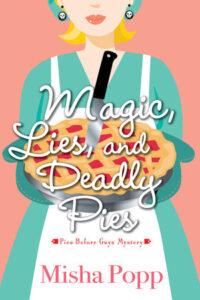 Misha Popp enjoys writing about murdery women and over-the-top baked goods, but not so much about herself. She lives in rural Massachusetts where she bakes entirely too many pies and sculpts things out of chocolate. An unrepentant school nerd, she has a collection of degrees that have nothing to do with the jobs that pay her. 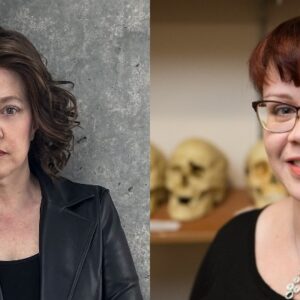 Doctor Cassandra Kuba is a PhD biological anthropologist, and a university professor focusing on the study of the human skeleton...
© LitHub
Back to top