Hannah McKinnon on Losing a Friend in a Cult's Mass Suicide

It was over twenty years ago. A Wednesday morning, 7.30am. As I drove to work I listened to the news and, like so many people that day, struggled to comprehend the story dominating the headlines. An obscure cult, an apparent case of mass suicide, dozens of bodies pulled from smoldering houses; men, women, children. I shuddered, wondering how people could get sucked into a sect like that, brainwashed into taking their own lives.

I switched off the radio, instead looking forward to seeing my best friend (we’ll call him Tom). He’d gone on vacation with his father for a long weekend, and had been due back at work the day before. When he hadn’t shown up or called, I’d worried. This was the early 90s, cell phones still uncommon, apps like FindMyFriends inexistent. Still, I’d managed to find Tom’s dad’s home number, and been reassured twenty-four hours earlier there was no need for concern. Tom’s car had broken down on their way back, and he needed an extra day off. As I walked into the office I smiled, getting ready to grease Tom out for not calling me himself, and grab some coffee so he could tell me about his holiday.

Except Tom wasn’t at work.

I shuddered, wondering how people could get sucked into a sect like that, brainwashed into taking their own lives.

My boss called me into his office, the mood uncharacteristically sombre. When he asked me to close the door and sit down, I thought I’d maybe forgotten the latest project reports, or perhaps I’d screwed up a materials order. At that moment it was the worst thing I could think of, and nothing could have prepared me for his next questions.

“Did you hear the news? Did you know Tom’s father was a cult leader?”

I laughed. I mean a put-my-head-back-and-guffaw kind of laugh. The idea was preposterous. Tom and I had met when I’d joined the company almost three years earlier, and we’d hit it off within seconds. Same age, same sense of humour, a shared love of all things techno. Most people incorrectly speculated we were lovers. What we had was way better—best friends, partners in crime, like brother and sister. We’d told each other everything…hadn’t we?

It turned out Tom never shared his deepest secrets with me; he’d spent many of his childhood years growing up in a sect led by this father. Tom defected in his early 20s, and his whistleblowing about the cult’s—his dad’s—trickery and lies led to the departure of many other prominent members, too. Suddenly I understood why Tom had been evasive about his father, why we’d never been introduced, and what he’d meant when he’d said his dad “wasn’t a good man”. After leaving the cult, Tom and his father barely spoke, and had only recently got back in touch. Regardless of the kind of man Tom’s father had been, he remained his dad, the proverbial blood thicker than water, even in this case. But now Tom was missing.

I’d like to say the next few days are a blur, but they’re forever etched in my mind. My boss and I went to a police station in an attempt to identify Tom. The police told us many of the victims hadn’t committed suicide, but had been murdered. They showed us photos of the bodies—some more burned than others. While we were spared looking at the actual corpses, I’ll never forget the table full of face-down photographs, the feeling of despair churning in my guts as I turned them over, taking in the singed hair, blistered lips and melted eyelids. It almost became a mechanical exercise, and with every face that wasn’t Tom’s, my hopes soared. I told myself he’d escaped somehow, he was in hiding, terrified, because it wasn’t clear which cult members—including Tom’s father—were still alive. What was clear to everyone was that Tom would never have stayed at his father’s house of his own free will, or participated in the unspeakable slaughter.

A week passed without news. I hardly slept, barely ate, functioned on autopilot. Whenever the phone rang I’d snatch it up, desperate to hear Tom’s voice. His car was missing, so each time a similar vehicle went by my heart jumped. I thought I saw him on multiple occasions, but it always turned out to be a case of an overactive imagination, and wishful thinking.

And then a fax arrived. My boss’s friend, a journalist, sent a short note saying Tom’s body, burned beyond recognition, had been identified via dental records that morning. I was the one who picked up the fax, read it first, sank to the floor with the piece of paper clutched to my chest, sobbing until a colleague scooped me up and drove me home.

Article continues after advertisement
The past 20 plus years have brought me some closure, a semi-form of acceptance, although exactly what happened remains vague.

We didn’t hold a funeral because of the insane amount of press coverage. Instead, Tom’s mother (who’d never been involved in the cult) took the remains of her 24-year-old son and strew them in the woods. Over the next year I sorted out Tom’s personal affairs, retrieved his car when the police located it months later, abandoned, in a parking lot. I dealt with his insurance policies, bank accounts, taxes, lease, and everything else that needs to be handled when someone passes. I reduced an entire life to a single binder I gave to a family lawyer so they could handle the final legalities. My heart broke again that day, and it still hasn’t found its way back together completely, the cracks still visible when I barely touch the surface.

The past 20 plus years have brought me some closure, a semi-form of acceptance, although exactly what happened remains vague. We understand Tom’s father invited him to his house under false pretences, that Tom was likely drugged, held captive for days before receiving a lethal injection, and ultimately left in a room, alone, in a house they set on fire. Most of my questions will never be answered. Did Tom know what was happening? Was he ever conscious enough to understand? Did he suffer? I’ve pushed the pain of not knowing into a tiny box deep inside me, a place I rarely venture for fear I won’t make it out unscathed.

Before Tom’s death I devoured thrillers. For two decades afterwards I wouldn’t touch anything other than a light-hearted rom-com. And yet, it’s probably because of what happened that I’ve found myself being pulled to the darker side in my writing, the reason why I need to tell stories about messed up families.

As an author of domestic suspense I get asked if I consider anything “too dark” to write about. While I usually say no, it’s not the truth. There’s one thing I can’t bring myself to read, let alone write about: cults. Those memories will forever remain too raw for me to explore.

Then She Was Gone 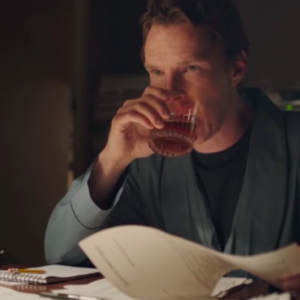 Leslie Jamison’s The Recovering: Intoxication and Its Aftermath has sparked some debate about how an addiction memoir should...
© LitHub
Back to top