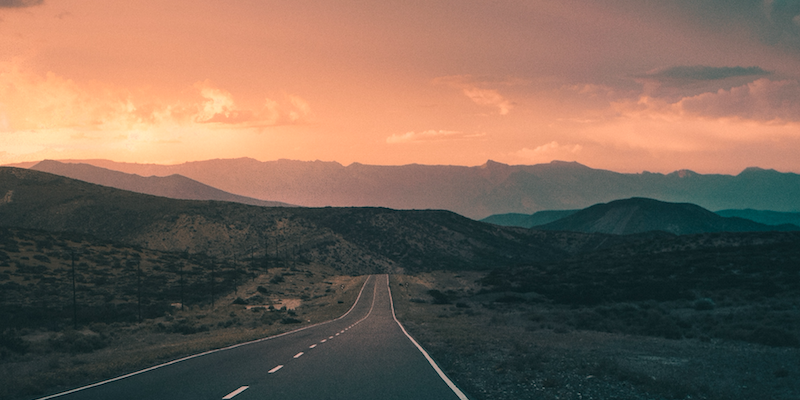 Crime fiction can take us outside ourselves—and in resolution, return us home.

When I was three-months old, my German mother took me from England, where she’d gone to give birth, to a remote camp in Uganda, where my British geologist father was searching for gold.  Both my parents endured miserable childhoods, my dad in a Dickensian boarding school, and my mum in and out of orphanages in Berlin, just after the Second World War. Abuse drove her onto the streets at the age of seventeen. She made her way to England and, thanks to her great determination, beauty and pluck, into the then-coveted position of airline stewardess in the 1960s. Meanwhile, at eighteen, my dad had jumped onto a cargo ship bound for the land of his boyhood dreams—Africa. On a trip back to the UK he literally picked my mum up, hitchhiking in rural Ireland.

I remember nothing about my early years in Central Africa except the smell of warm dry grass that I associate with happiness. Raised on picture books printed in Europe, I’d yell “MEOW!” when the lions got too close to our tent and “WOOF!” at the herds of elephants.

When rogue soldiers abducted my dad in the Congo, he was thrown into an overcrowded cell, tortured, and eventually sentenced—without a trial—to two years hard labor for gold-smuggling. During the first three months of his incarceration, with no news of his fate, my mum feared he was dead. At the same time, fighting between anti-government rebels and Idi Amin’s army spread to our area, forcing her to flee on foot over the Ruwenzori Mountains into the Congo, carrying her infant daughter and a small bag all the way to Entebbe Airport, where a sympathetic East African Airlines pilot took pity and ushered us into first class.

After my dad was rescued, clad in nothing but the shorts he’d been kidnapped in six months earlier, my parents returned to Uganda. It took a few more years—and the increasingly scary policies of Idi Amin – to convince them we’d be safer overseas. On our sad trip out of Africa, I vanished in Zurich Airport. Following a frantic search, my mom found me—a chubby blonde toddler—clutching the big toe of a middle-aged businessman—the only black person in sight. After being pried away from him, I began to shriek my first-ever full sentence: “LET’S GO HOME!”

So how does this relate to my work? As a kid, homesickness felt as much a part of me as blood or bone, whether a product of my nomadic childhood or inherited from my Ray ancestors, sailors and barkeeps—i.e. drunks and adventurers, obviously searching for something beyond their small English village. Home sick. In German it’s Heimweh. Home hurt. The French describe it as a pain too. In Vietnam, where I’ve spent my entire adult life—it’s Nho nha. Miss home. Note how simple and evocative these terms are—words screamed by toddlers. This is a basic human emotion.

Homesickness goes beyond missing a place. It’s a yearning for belonging, for confirmation that—whatever you’re feeling—you’re not alone.

Homesickness goes beyond missing a place. It’s a yearning for belonging, for confirmation that—whatever you’re feeling—you’re not alone. In Cat’s Cradle, which I read as a teen, Kurt Vonnegut invented the term karass to describe a group of people who are linked spiritually. Soul mates sounds unbearably cheesy but we all long for those places and people that make us feel at home. In the book, Vonnegut explains that people often seek their karass by focusing on superficial bonds, choosing companions of the same race or nationality, graduates of the same college, or those who support the same football team. Yet those apparent similarities are distractions. Strip away the links of shared culture and background—the in-jokes and discussions about childhood TV shows—and you’ll soon know if you really like someone or not.

From Uganda, we moved to the Canadian prairies in January. My first memory is of snow blowing against a chain link fence – a scene so bleak it left its mark. My parents felt exiled, mourning their lost lives in Africa. We moved around a lot. I was always the new girl at school, always hoping to find my forever-home while knowing we’d probably move on.

An only child, I spent a lot of time in wild, lonely places. I read and drew. My imagination roamed. I found a sense of connection in stories and in writing, both of which link me and my immediate world to other people. I still recall that wondrous jolt of recognition upon reading Keats as a teen: When I have fears that I may cease to be before my pen has gleaned my teeming brain… He was old! He was dead! He was talking to me!

Stories connect us across time and space. Imagine creating those bonds. That’s a superpower! No matter how the mediums change—from rock paintings to virtual reality—humans crave stories because we crave connections.

Not surprisingly, themes of place, identity, and belonging run through my fiction. The setting is never just the setting: it’s at the book’s core.  I have spent twenty-five years in Vietnam, a place that’s home – and yet not. I enjoy such privilege here, thanks to my relative-wealth, citizenship, background, and race. Even when I was young, broke, and disheveled, I was never stopped from entering a five-star hotel, while my Asian friends were. I landed jobs beyond my qualifications because I’d look good (and by good, I mean white) in the company brochure. And yet I’m also an object of resentment and suspicion. I’ve been spat at, groped, sworn at, and punched. Given Vietnam’s history, I’m much less surprised by these isolated negative incidents than by their flip-side: how generous, helpful, and kind most people have been to me, as they rebuilt their ravaged land.

For good and bad, there’s no denying that I stand out. Every day, I’m referred to as “foreign lady”, “Western person” or “Yellow hair”. These qualifiers are statements of fact and not meant to be mean. Maybe I’m too sensitive but sometimes I feel worn down by these constant reminders of my otherness. It makes me think of non-white refugees facing similar scrutiny and comments in the West, minus my fat cushion of privileges. My discomfort with sticking out infuses my fiction, drawing me to create characters who don’t—and might never—quite belong.

In my thriller Saigon Dark, a Vietnamese-American doctor is so isolated she makes a terrible, irreversible decision. Divorce Is Murder, the first book in my Toby Wong Mystery series, follows a Chinese-Canadian divorce lawyer’s efforts to find happiness (and stay alive) back in the hometown she longed to leave.

While all humans seem to crave stories, we differ in whom we want to connect with and how far we’re willing to roam. Many readers want the familiar: worlds they recognize and characters with viewpoints similar to their own. I don’t, particularly. Yes, I adore the comforting Canadianness of Alice Munro’s short stories and the uniquely Canadian creepy landscapes of Andrew Pyper’s Lost Girls. But I also crave stories that take me to places I’ll never go, with characters I’d never meet—or even want to meet—in real life. Readers who demand “likable” characters mystify me. I’m with Claire Messud, who said: “If you’re reading to find friends, you’re in deep trouble. We read to find life, in all its possibilities.”

For me, crime stories brim with possibilities—all those motives and suspects… I’ve found my karass in crime readers, crime writers, and their illuminating characters. In reality, I’m laughably law-abiding. I don’t jaywalk. I still feel bad about that tatty People I nicked from a doctor’s office in the late ’90s. But when I read and write? Nothing makes me happier than delving into a fictional criminal’s mind. Bring on the rogues—the paranoid, the dishonest, and corrupt. Introduce me to characters whose beliefs and experiences range so far from mine they expand my understanding of human nature and then—in showing me why those dark deeds were done—bring me safely home.

A former journalist and travel writer, Elka Ray writes fiction for children and adults. She is the author of the romantic mystery Hanoi Jane and the noir thriller Saigon Dark. She also has written a collection of short crime and ghost stories set in Southeast Asia What You Don't Know. Elka lives with her family near Hoi An, Vietnam. Her newest book is Divorce is Murder. 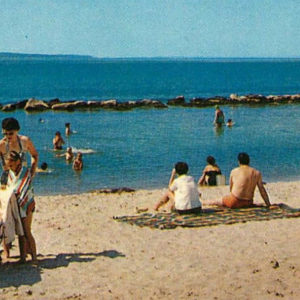 Crime is particularly disturbing when it intrudes into happy places. Murders or kidnappings that take place at idyllic holiday...
© LitHub
Back to top