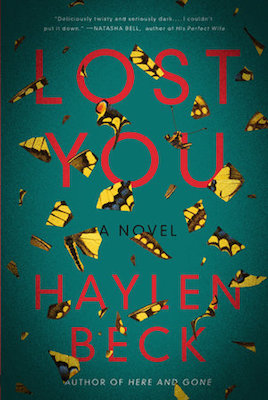 The following is an exclusive excerpt from Lost You, the latest novel from Haylen Beck (Here and Gone), the pseudonym of Edgar-Award nominated author Stuart Neville. A divorced writer named Libby takes her toddler son Ethan on a vacation, only for him to vanish—forcing Libby to finally confront the strange circumstances surrounding her son’s birth, and a woman who insists she’s Ethan’s real mother.

Libby shouted his name again as she stabbed at the elevator call button. Too late, she heard the hum and rattle of pulleys and counterweights. She grabbed a fistful of hair in each hand and stood back, watched the floor indicator over the doors as it counted up, two, three, four.

“Stairs,” she said, turning in a circle. “Where are the stairs?”

Charles appeared by her side and pointed to the corner beyond the elevator bank. “Over there. You take them, I’ll get the next elevator.”

Libby kicked off her shoes, left them lying on the marble, and ran for the stairs. Two flights per floor, she took two steps at a time. Arms churning, thighs singing with the effort, she counted off. Second floor. Third floor. Lungs heaving now, air like fire. Fourth floor.

“Ethan!” she called as she rounded the corner to the elevator bank.

No one here, she ran to the farthest elevator, looked at the numbers above it. The car had risen to the fifth floor. She sprinted back to the stairs, up two more flights, around the corner.

She called his name again, ran to the far elevator. It said seventh now. The top floor. Her legs and arms trembled as she ran once more for the stairway, lungs straining as she climbed.

She found the elevator door open on the seventh floor, the car empty.

Libby turned in a circle, looked up and down the hall. No one there. Perfectly quiet.

She closed her eyes and tried to remember the layout at this end of the building. The central section of the hotel was bookended by two towers with courtyards at their centers. The rooms opened onto walkways that overlooked the courtyards. Her room was on the far side, on the sixth floor.

Libby walked past the elevator bank, her hand against the wall for support, and found the open arch leading out to the walkway. Soft lights glowed above each door, showing the room number. She went to the handrail and looked down into the courtyard seven stories below. At the bottom was a small garden filled with tall tropical plants, large broad leaves and fronds.

She looked across, two stories down, and saw Charles looking back up at her.

“Don’t worry,” he said, his voice resonating in the space. “He can’t have got far. I’ll keep looking.”

Charles disappeared from view, and Libby cast her gaze down, down into the drop that seemed to stretch in her vision, and she felt a sickly wave as her balance shifted. Could he have? Could he have climbed the barrier?

She ran back into the hallway, past the elevators, and into the stairwell once more. The stairs seemed to go on forever and she lost count of the flights, ignored the concerned looks from the few people she passed.

At last, she emerged onto the ground floor, the marble cool on her soles. Gerry stood there, by the elevator bank, confusion on his face.

She did not answer, ran straight past him and through the series of archways that led to the courtyard she had gazed down upon just a minute before. Her toes snared on a sprinkler hose and she crashed onto warm, damp earth. She peered through the dimness and the tangle of stems and branches.

Libby got to her feet, pushed her way through the plants, parted the leaves with her hands, looking for a flash of yellow T‑shirt or pale skin in the dark.

Libby got to her feet, pushed her way through the plants, parted the leaves with her hands, looking for a flash of yellow T‑shirt or pale skin in the dark. Gerry called her name from the edge of the square patch of earth, but she ignored him. She circled it three times and found nothing. Unsure whether she felt relief or regret, she paused and looked up.

“Ethan!” Her voice echoed between the walls. “Ethan!”

A hand closed on her shoulder, made her gasp. She spun around to see a tall man, black hair going gray.

She looked down and saw his white shirt and black tie, the badge, the gun at his hip. His nametag read: r. villalobos.

“Okay,” he said, gently guiding her back to the archways. “Come with me to reception and we’ll get this figured out, all right?”

He took her arm again. “And I’m going to help you do that, ma’am, but first we’re going to calm down and explain exactly what happened, okay?”

Libby allowed herself to be steered back into the light, through the arches, and past the elevator bank. She became conscious of the eyes on her, the other guests staring, and she felt a burning shame. The soles of her feet stung with cold and grazes, and she wondered for the smallest of moments if this was one of those dreams where she realizes she’s left home without her shoes and wonders if anyone will notice.

But no, this was reality, hard and glaring.

The man brought her to a cluster of couches, Gerry following, and sat her down.

“In a moment,” he said. “Ma’am, my name is Raymond Villalobos, I am deputy head of security at the resort. Now, I want you to be calm and tell me exactly what happened.”

Gerry came and stood over them both. Villalobos gave him a stern look, and Gerry took a step back.

“We were over by the elevator bank,” she said, pointing, her voice quivering.

Libby wiped at her cheeks and her nose, tried to steady her breathing. Villalobos produced a clean tissue from his pocket and handed it to her.

“Since we got here yesterday, Ethan’s been doing this thing, running ahead of me to the elevator and hitting the buttons. I told him, no, stop, but he kept doing it. Then five, ten minutes ago, I was there talking with my friend, and I didn’t see him go in the elevator, and when I looked round, the doors were closing, and now he’s gone and I need to find him.”

Villalobos took her hand. “And I promise you we’re going to do that. First, give me a description. Name, age, height, build, what was he wearing, like that.”

She closed her eyes and pictured him. “Ethan. His name’s Ethan. He’s three and a half, light red hair like mine, not quite three feet tall, solid build. Pale. He’s wearing his yellow T‑shirt with the crocodile on the front, and blue shorts.”

“Thank you. Just a minute.”

Villalobos stood, walked a few feet away, and unclipped a radio handset from his belt. He spoke softly, but Libby could still hear him.

“All details, listen up. We’ve got a lost child last seen getting into an elevator on the ground floor of the north-­tower bank.”

“All details, listen up. We’ve got a lost child last seen getting into an elevator on the ground floor of the north-­tower bank. Three and a half, male, red hair, about three feet, yellow T‑shirt, blue shorts. I want anyone available over here right now. Jamal, you there?”

An unintelligible crackle in response.

“Usual procedure at the gates, and have any lifeguards that are still on-­site do a quick check around the pools, all right?”

Gerry sat down beside her, put an arm around her shoulders. “Don’t worry,” he said. “They’ll find him.”

Villalobos spoke once more into his radio. “Alejandro, you copy?”

“Wind back the feeds on the north-­tower elevator bank, all floors, say, about fifteen minutes. Start at the ground floor till you see the kid go in the elevator and take it from there.”

He came back to where Libby sat, and hunkered down in front of her.

“Ma’am, I want you to stay right here so I can bring your boy to you when I find him, okay?”

“Ma’am, please, I promise you we will find your son and bring him here to you.” He gave her a smile, but his eyes remained hard. “I don’t want to spend five minutes looking for your son, then an hour looking for you, you know?”

“I’ll wait with you,” Gerry said, and she thanked him.

“Good,” Villalobos said, as if Libby’s words meant nothing. “I’ll ask a waiter to bring you some water.”

He stood upright and strode away.

Gerry stroked her shoulder and held her close. “It’s going to be all right,” he said.

But she knew he was wrong. 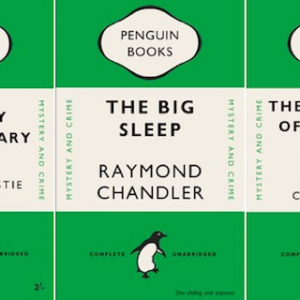 CrimeReads Brief: Week of August 3rd Wondering what to read on that cross-country road trip? Tina Jordan and Ross MacDonald recommend a true...
© LitHub
Back to top