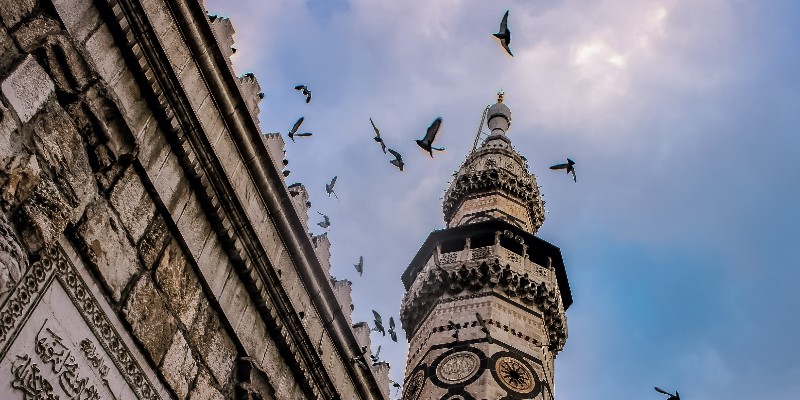 Crime and the City surveys the crime literature of Syria's capital

Damascus – capital of Syria and the oldest continuous capital city in the world. The ‘City of Jasmine’ is of course sadly bomb damaged and war-torn these days, its two million population in dire straits and so many forced to flee as refugees. But still, the city has a long history from the third millennium BC and not least, a lot more recently, as a plaything of competing Empires with the French and British vying for control. Fertile ground for some good crime writing.

Damascus is also a major cultural centre of the Levant, the Eastern Mediterranean and western Asia. The master of the pre-war accidental spy genre Eric Ambler wrote The Levanter in 1971. It deals with machinations around Palestine and the Israeli-Palestinian conflict, but starts with the central character – the Levanter – Michael Howell in Damascus running his family’s business. Howell, a Levantine of mixed parentage has a good life in Damascus – money, a good business, an Italian mistress. Until he discovers that his factory has become a clandestine operations base for the Palestine Action Force, an anti-Israeli terrorist organization. Suddenly, Howell is caught in the middle with nowhere to run.

Frederick Highland’s Night Falls on Damascus (2006) is a fantastic neo-noir set in the turbulent and rather exotic Syrian capital of the 1930s with French-Syrian police inspector, Nikolai Faroun, caught up in a complex murder investigation of a beautiful and controversial woman from a prominent Damascus family. Set amid the once Bohemian Arab society of the city that made Damascus the equal of Cairo or Tangier at the time of the French protectorate.

Travel back a decade further for Karen Baugh Menuhin’s character Major Heathcliff Lennox, ex-WW1 war pilot in a leather jacket. His fourth outing, Death in Damascus (2020), is set in the city in the 1920s with all the tropes of the period – damsel in distress, silent movie crew in town, devilishly handsome Sheik, the ex-Scotland Yard Detective Inspector Swift, and the dusty streets of ancient Damascus.

A few more Damascus set thrillers with an accent on the contemporary….

The above books may be thrillers but also perhaps potboilers. But there are more serious fictional books about contemporary Syria out there. David McCloskey’s Damascus Station (2021) is a far more sophisticated and atmospheric novel set amidst the ongoing Syrian civil war. CIA case officer Sam Joseph is dispatched to Paris to recruit Syrian Palace official Mariam Haddad. They then go to Damascus to find the man responsible for the disappearance of an American spy. The streets of the besieged city are lethal for an American agent – Bashir Assad’s spy catchers, the feared Republican Guard, betrayers at every window. McCloskey’s author bio describes him as a former CIA analyst with Middle Eastern experience and the book has been praised by some who, I suppose, should be qualified to judge its authenticity, such as General David Petraeus and the book pages of the WaPo and FT.

Also worth reading is James Wolff’s debut novel Beside the Syrian Sea (2018). Jonas is a British spy. When his father is kidnapped and held for ransom by ISIS in Syria, he takes matters into his own hands. To pay the kidnappers, he begins to steal the only currency he has access to: secret government intelligence and heads into the Syrian desert.

And finally, as usual something special, and a book some have called the ‘Great Arab Detective Novel’. Rafik Schami’s The Dark Side of Love (2004). Schami’s was born in Damascus in 1946, educated in the Lebanon and moved to Germany in the 1970s. Today he is one of the most successful German-speaking Arabic writers though sadly little known in the English reading world. His work is often seen as “migrant literature” in Germany and does often deal with themes around the country’s Guest Workers and minorities. But The Dark Side of Love is essentially a detective story, albeit one that deals with many issues of twentieth century Damascus history and insights into Damascene society.

A dead man hangs from the portal of the St Paul Chapel in Damascus. He was a Muslim officer and he was murdered. But when Detective Barudi sets out to interrogate the man’s mysterious widow, the Secret Service takes the case away from him. Barudi continues to investigate clandestinely and discovers the murderer’s motive: it is a blood feud between the Mushtak and Shahin clans, reaching back to the beginnings of the 20th century.

And it is the epic sweep of Schami’s novel that has led it to be considered perhaps the ‘Great Arab Detective Novel’. There’s no escaping history in Damascus – centuries of it. A history that is still playing out and, though tragic in the extreme, is still inspiring great writing. 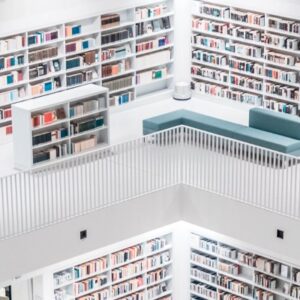 Quick Confession Let me start by admitting something that may be a little shameful, a little anathema, on a site like...
© LitHub
Back to top