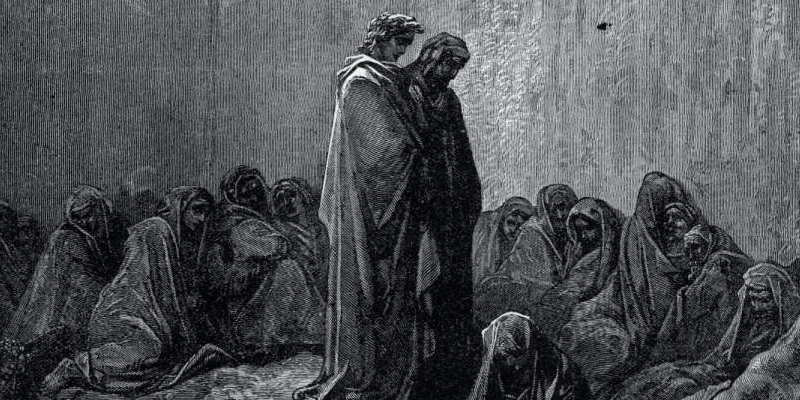 Writing is a lonely, anxiety-inducing business. Dante can help.

Dante Alighieri both inspires and intimidates. The 14th century Italian poet somehow makes the lofty feel approachable, but looking for creative lessons in his work can feel like climbing a mountain whose peak is forever out of reach. He’s incredibly erudite, containing what seems like an encyclopedic knowledge of all subjects as they were then understood, from literature to theology to science. Who could compete with that? When I turned to my own writing, it took me a long time to realize you can revere a writer without feeling too cowed to draw energy from his or her masterworks.

In Dante’s case, that masterpiece is The Divine Comedy, his three part poem that chronicles a journey through the realms of the afterlife: Inferno (hell), Purgatory, and Paradise (heaven). The conceit of the poem is that it really happened, and that aspect is part of what makes the poem, against all odds, feel relatable. The protagonist is Dante himself, leading later scholars to distinguish between Dante the writer and Dante the character, although I doubt Dante himself would have wanted us to make that distinction. Dante clearly designed his storytelling to be experiential as opposed to, say, T. S. Eliot. I imagine Eliot, whose work I also love to read, probably wanted us to study his poems in a classroom while tracking its scaffold of allusions and erudition, something James Joyce also may have envisioned. Eliot (and to what seems a lesser extent, Joyce) was a big reader of Dante’s. Different writers in different periods have found a range of inspirations from Dante.

Dante recruits mythological and historical figures and mixes them into a high stakes story filled with danger and risk, much like we often do in historical fiction.

As a reader and writer, I was always drawn to historical fiction; later, I added writing narrative nonfiction to my interests, often with a historical bent. Dante’s Comedy projects a variety of lessons in those arenas. Dante recruits mythological and historical figures and mixes them into a high stakes story filled with danger and risk, much like we often do in historical fiction. In the process, Dante sometimes reshapes our perspective on those figures. Ulysses, for example, appears during Dante’s trek through hell, and Ulysses’s brief monologue marks one of the most striking versions of that character outside of Homer. Dante, of course, was not perfect, and his refashioning of his own persona through the course of the poem conceals some of his questionable life choices, including his failure to try to reunite with his wife and family after his political exile. As modern readers, we also have to contend with the fact that Dante’s attitudes toward other religions (outside of Catholicism, and an idiosyncratic version of Catholicism, at that) is very problematic.

Purgatory is the middle child of Dante’s poem, sandwiched between the terrors of hell’s punishments and the heights of salvation in heavenly paradise. But Purgatory was always my personal favorite canticle (Dante’s term for each of the three sections). This canticle contains the most dramatic storytelling structure, in which Dante must carve out an independent track from his mentor Virgil (one of the historical and literary figures recruited into the story), and must rediscover his lost love, Beatrice (another historical figure). Beatrice’s appearance is one of the more surprising moments of the whole poem. I still have the first copy of Purgatory I read in college, and I remember reading the scene in which we finally meet Beatrice while on the edge of my seat.

For my first novel, The Dante Club, I took inspiration from Dante’s journey through hell, so for the sequel, The Dante Chamber, it was a no-brainer to jump to my favorite part of Dante for guidance. As Beatrice’s influence shadows all Purgatory, I designed my story in the second go-around to center on a powerful female character, the nineteenth century poet Christina Rossetti. What an incredible person Christina was (and thus an incredibly rewarding character to recruit for historical fiction). She accepted no nonsense from anyone, living life on her own terms and making a name for herself as a poet based on the strong originality of works including Goblin Market. The trigger for my story comes from her brother, eccentric painter and poet Dante Gabriel Rossetti, who, believe it or not, was named after Dante Alighieri. The Rossetti siblings—like their father—grappled with the influence Dante Alighieri had over their life and work; in fact, I believe their father drove himself into ruin through his obsessions with Dante and with “cracking” the codes to Dante’s meanings, so to speak. In Purgatory, Dante encounters shades (or souls in the afterlife) who repent for sins, and I found a set of characters in nineteenth century London who desperately look to do the same, set against a world with increasingly fragmented religious and moral beliefs.

The Dante Club will always be an especially meaningful project to me. It was the first work of fiction I completed, and in all kinds of ways I never would have tried it without having read Dante. The biggest tactic I still draw from Dante as a writer is to put yourself in your work. He did it quite literally, making himself his protagonist. In fact, Dante claims the whole poem is essentially ordained from heaven, which sets into motion his rescue from death and darkness in return for warning the world of moral and religious dangers through his pen. As if to prove his point, Dante died (more or less) once he finally completed his poem.

We have to put our own voice and our personal creative stamp, however humble, on everything we write. As simple or obvious as that may sound, doing so with confidence, rather than trying to blend in with a cultural mood or marketplace, is one of the hardest lessons for most writers to absorb. Most of us, writers or not, have self-doubt and certainly don’t believe heavenly operatives beg us to write, which is why I try to remind other writers who ask for advice of a simple motto: nobody else can write what you write, and for the most part nobody will write what you would write. Dante was exiled from his life, friends and family, and it was only at that point that he immersed himself in writing the Comedy; most of us, fortunately, are spared that kind of extreme version of a writing retreat in our lives, but it dramatizes the isolation that we can all feel when writing, something mentors—in our lives or on our bookshelves—can help alleviate.

Matthew Pearl is the New York Times bestselling author of six novels, which have been translated into more than thirty languages. He is the co-founder of the digital magazine Truly*Adventurous and his nonfiction writing has appeared in the New York Times, the Boston Globe, The Atavist Magazine, and Slate. 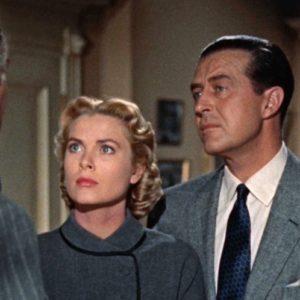 One of my favorite parts about reading suspense is that it comes in all shapes and sizes. Having grown up on a healthy diet...
© LitHub
Back to top