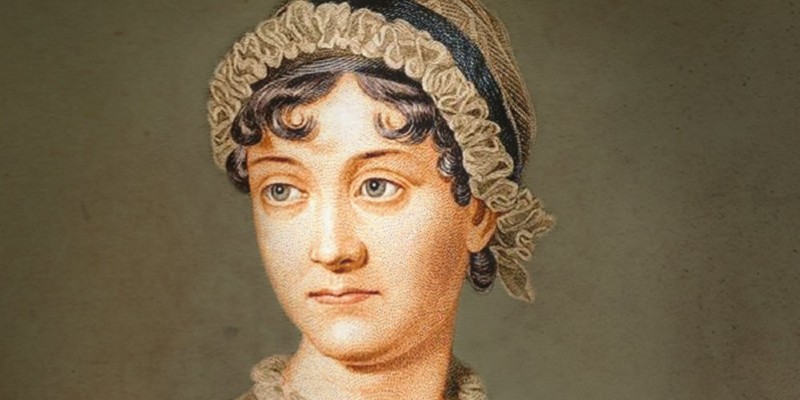 The Darker Side of Jane Austen

Kristen Bird on the dark underbelly of Austen's world and all those happy endings.

As a suspense writer, I’m often diving headfirst into the less-palatable parts of the human psyche. Give me a manipulative genius or a villainous heartthrob any day. A social climber with a slightly-malicious agenda? Yes, please. This is the kind of stuff my debut novel, The Night She Went Missing, is made of.

I don’t often have the opportunity to teach contemporary thrillers in my classroom, so instead, I teach my seniors the importance of tilting a text on its axis, of examining characters from numerous angles, of using critical lenses to parse out the layers of a text. Through this process of turning texts upside down, I’ve found darkness lurking in some of the most unexpected places.

Take Jane Austen. It is a truth universally acknowledged that an Austen story will be in possession of a happy ending, but despite her penchant for happy endings, Austen also doles out her fair share of despicable villains, terrifying marriages, and even a few thriller-esque motifs.

I took my first foray into the stories of Jane Austen as a teenager by watching Emma Thompson’s adaptation of Sense & Sensibility, but it wasn’t until college that I dove headlong into her novels. Because my roommates and I were huge nerds, instead of partying on Saturday nights like normal undergrads, we preferred to eat ice cream, curl up on our ratty couch, and re-watch Gwyneth Paltrow’s depiction of Emma again and again, exulting in Mr. Knightley’s romantic conquest. Perhaps it was this love of all things Austen that kept me from seeing the bleaker side of her prose.

It took a pandemic, turning forty, and my own numerous attempts at writing complex characters to begin to see the darker hues of Austen’s novels, but now I notice how these elements undergird the plots of each of her books, making her characters terribly human and their motives sometimes disturbing enough to make me question whether I can ever read her stories through rose-colored, romantic glasses again.

Jane Austen satirizes the Gothic novels of her time through the imagination of Catherine Morland in Northanger Abbey. The young protagonist often confuses the dastardly motives and underhanded deeds of the characters in the novel she’s reading—Ann Radcliffe’s The Mysteries of Udolpho—with the actual lives of the people with whom she’s staying. Allusions to “black veils” and “skeletons” are meant to poke fun at the spooky vibes of Gothic tales, but some of Jane Austen’s own stories are even more unsettling.

In Mansfield Park, when Fanny’s uncle returns home from an extended time away, the young people are in the midst of a quasi-scandalous undertaking, rehearsing a play about love and sex and immorality: “Lover’s Vows.” But this isn’t the sordid part of Austen’s plotline. That comes in the form of Sir Thomas’ business undertakings as he travels to and from Antigua, an island bearing a history that Austen loosely references when Fanny remarks that she loves hearing her “uncle talk of the West Indies.” In fact, Fanny comments matter-of-factly that “last night” she “asked him about the slave-trade.”

Patricia Rozema’s 1999 film adaptation of Mansfield Park depicts Fanny also finding a sketchbook filled with images of Sir Thomas’ brutality against slaves, an eye-opening moment in the film. Though this specific scene is not detailed in Austen’s book, it’s not hard to imagine how the director made this leap, since multiple references to Sir Thomas’ business in Antigua leave the reader with no doubt about where he’s been or why.

Both the film scene and the novel’s references to Antigua shine light on the troubling truth that underpins the entire novel and its marriage plot: Colonization and oppression are major parts of the shaky foundation of Mansfield Park. The Bertram family’s wealth has been built on the backs of black men, women, and children—despite the fact that the British Empire outlawed the slave trade a year before this book is set. Knowing this reality takes a bit of the romance out of Fanny’s marriage to Sir Thomas’ son Edmund in the end. The astute reader will realize that when Fanny’s new husband inherits “the Mansfield living,” she is now a direct beneficiary of the Bertram’s tainted fortune.

In addition to troubling settings, readers meet a variety of unsettling characters in Austen’s universe, one of which is George Wickham, the villain of Pride and Prejudice. Because he’s the bad guy, we naturally expect bad behavior from him, and with seduction, kidnapping, and (in today’s terms) statutory rape, Wickham certainly doesn’t disappoint.

Wickham, a military man in his mid-to-late twenties, flirts with the heroine Elizabeth Bennet, earning her respect and goodwill. It’s not until the end of the novel that we find out Mr. Wickham has a habit of stealing away young women in hopes that the men in their lives will pay him off. Otherwise, he threatens to ruin the girls and, by extension, their families. Both of his victims—Lydia Bennet and Georgiana Darcy—are fifteen years old when this scoundrel weasels his way into their lives.

Pursuing girls of this age could be excused as a convention of the Regency Era except for the fact that most women married in their early to mid-twenties, not their teens. In fact, anyone marrying under the age of twenty-one legally needed parental consent. Knowing this makes Wickham’s crimes more cringeworthy than the simple theft of a lady’s heart or a family’s pocketbook. Instead, we see this reality: George Wickham gets away with seducing underage girls, essentially kidnapping them and then blackmailing their families. Today (I hope) these actions would land him in jail.

In Austen’s novels, marriage—age appropriate or not—is the aim of every female under forty. If we scratch the surface of the time period in which Austen lived, we soon hit the sad reason for this fixation on matrimony: in most families daughters were financial burdens. It’s true that Elizabeth Bennet’s best friend Charlotte Lucas at twenty-seven cannot be picky about men, but when she announces to Lizzy that she’s agreed to marry the awful Mr. Collins, readers everywhere want to jump through the pages and hold her back. We—like Lizzy—are appalled that Charlotte has settled for a loveless marriage to a ridiculous man, but Charlotte only expresses relief at the fact that she has ensured herself a proper home without burdening her family.

Perhaps it’s necessary for Austen’s main characters to be so focused on marriage, since most of these women are destined to be a drain on their families if they remain single. Of course, Austen gives us the exception to the rule in Emma through the form of wealthy Emma Woodhouse, who tells her friend Harriet that she’d be content as an old maid, since “it is poverty only which makes celibacy contemptible” because a “single woman, of good fortune, is always respectable.”

All of Jane Austen’s heroines, despite their unique ways of navigating the world, share one thing in common: they are highly marriageable. Although Lizzy Bennet laughs at Mr. Darcy’s extensive definition of an “accomplished woman,” Austen paints her heroines as physically capable, witty, and attractive, each in her own way. At times, side characters may exhibit physical ailments or limitations—consider Mrs. Bennet’s ‘nerves’ in Pride and Prejudice or Mary Musgrove’s recurring illness in Persuasion—but none of Austen’s main-stage ladies suffers from such maladies.

Let us consider for a moment those side characters who are ill, handicapped, or—dare I say—merely different? Why does Anne Elliot in Persuasion assume her father will not consider Mrs. Clay as an amiable match because she has “freckles,” “a projecting tooth,” and “a clumsy wrist”? Why does Mr. Bennet in Pride & Prejudice make fun of his bookish daughter Mary, sarcastically describing her as a “lady of deep reflection”? Why must Lizzy Bennet describe Anne de Bourgh as “sickly” and “cross”? In Austen’s world, those who aren’t beautiful or witty or well are denied their happy ending. Perhaps that’s because Austen herself observed this type of treatment within her own family.

I started researching Jane Austen’s life and family fifteen years ago while working on my master’s degree, so I was shocked to only recently realize that her second brother George was sent away due to a disability. How did I miss this? It could be because George has literally been eliminated from some family descriptions by lessening the number of children by one, or it could be that I never expected such behavior from a beloved author.

Though some speculate that George Austen may have been non-verbal, others believe he had a low intellect or suffered from epilepsy. It could be all of the above. George seems to be rarely visited and rarely mentioned in family letters, though the Austens did provide financial upkeep for him until his death in his seventies.

Okay, so slavery, kidnapping, loveless marriages, ableism, and family neglect. Not exactly the light reading some may hope for when picking up one of Austen’s six finished novels. I adore Austen, and I’m grateful to her for including conventions of her time period, especially giving a nod to the more troubling aspects of her society. Such inclusions make her characters dynamic and her plots complex, though I do occasionally wish that her heroines would spark a rebellion or start a revolution.

I believe that the darker elements of Austen’s novels were likely her blind spots, areas of society considered normal for her time, but I often tell my students that texts throughout time are in conversation with one another. Just as Austen couldn’t help but write through her specific worldview, we can’t help but read her books within our modern context. It is this more progressive context that allows me to see the problematic moments in Austen’s stories and characters, and while I will continue to appreciate that all of her heroines do receive their happy ending, I know that if I look closely enough, I can find the startling underbelly of Regency society.

Kristen Bird has a master's in creative writing and teaches high school English outside Houston, Texas, where she lives with her husband and three daughters and their rescue Lab. 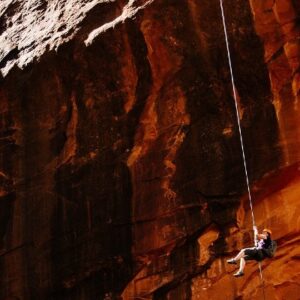 To work with words in their hundreds and thousands in a world increasingly obsessed with brevity is not easy. Stubborn, we continue...
© LitHub
Back to top