Dead If You Don't 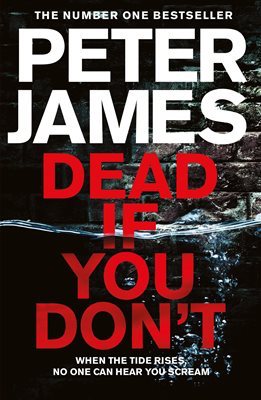 The following is an exclusive excerpt from Dead If You Don’t, the latest novel from internationally bestselling thriller writer Peter James.James’ DS Roy Grace crime novels have sold 19 million copies worldwide, and his novels have won numerous awards, most recently the coveted 2016 CWA Diamond Dagger. In the following passage, a man in charge in of stadium security must figure out what to do when he receives a bomb threat.

The call came in on Adrian Morris’s private mobile at 11.23 a.m. It was one the Amex Stadium’s Head of Safety and Security had been expecting, fearfully, for the past six years. Ever since his beloved football team, Brighton and Hove Albion, had moved to this magnificent new home it had never been, in Morris’s mind, a question of if—but when.

The Amex Stadium was one of the city of Brighton and Hove’s great modern landmarks. Designed with majestic, swooping contours to blend in with the rolling hills of the South Downs, it sat on the north-east extremity of the city, a short distance from the Sussex University campus and bordering open countryside.

And, as Morris well knew, it was always going to be a potential target. Security had been at the heart of its design and was state-of-the-art, but he was experienced enough to know that the greatest security systems in the world were only as good as the people who operated them.

You need to know there will be a bomb on or under one seat in the stadium tomorrow afternoon. If you wish to prevent this from happening, it is very simple.

A strong male voice with an Eastern European accent spoke slowly, precisely and confidently. ‘Mr Morris, I hope this is not an inconvenient time. You need to know there will be a bomb on or under one seat in the stadium tomorrow afternoon. If you wish to prevent this from happening, it is very simple. You just have to arrange for £250,000, in Bitcoins, to be placed in an account you will be given. Very small beer for you, if you consider the potential financial loss of abandoning your first Premier League game. It would be such a shame for your fans and the city. I will call you back later with further instructions. I do apologize if this is not a convenient time. And it would really be better not to involve the police, they will only delay things very dangerously for you.’

The caller was gone.

The timing was deliberate and impeccable. Tomorrow the stadium would be hosting the team’s first home football game in the Premier League—it would be one of the most well-attended and watched games in the club’s history. In the city’s history.

But Morris still held the phone to his ear. He stared out of the glass observation booth above the North Stand of the stadium at a sea of blue and white plastic seats, each one of which would be occupied tomorrow afternoon, Saturday, for the 5.30 p.m. kick-off. His face felt hot, his body clammy, his mind going into overdrive as he considered what he had just heard.

Real or a hoax?

The display read Caller ID withheld. Almost certainly it would be untraceable, made on a burner.

Under the Football Association rules, a club’s Head of Safety and Security had seniority over police inside a stadium on match day, from the time the public entered until after they had left. It was a responsibility Morris was happy to accept under normal circumstances, but not now.

He hit the speed-dial button for the mobile phone of PC Darren Balkham. The officer was somewhere on the premises, overseeing the first of the two thorough searches that were routine the day before each match—and repeated again by specialist search officers and sniffer dogs immediately before the public entered on match day.

A veteran of football policing, Balkham had been running the police operations for Brighton and Hove Albion effectively and quietly for twenty years, and under his command there had never been a major incident at a home game. He told Morris he would be right up.

As he waited, Morris considered his options. Calling off the game was not one. Nor was paying the ransom demand.

As he waited, Morris considered his options. Calling off the game was not one. Nor was paying the ransom demand. If they caved in this once, they were at risk of being blackmailed for every game here subsequently.

He stared across at the empty seats in the family stand. A pair of them would be occupied by two of the club’s biggest fans—his four-year-old son, Finley, and his own father. A photograph of the two of them together sat in a frame in front of him on his work surface, both wearing Seagulls—the nickname for the club—bobble hats.

Moments later, Darren Balkham entered the room, looking grim. The calm, stocky uniformed police officer, who had natural authority, sat down beside Morris, who relayed the call as accurately as he could.

‘OK, first thing, Ade, do you have any disgruntled former employees? Anyone you’ve sacked recently who might want to get back at the club?’

Morris told him he could not think of anyone.

‘Have there been any nutters known to your security people recently?’

‘No—no one capable of this. But I’ll check now with Paul Barber.’ He immediately called the club’s CEO, apprising him of the situation, and asked him if he thought there was anyone the club might have upset recently, in any way.

Barber replied there was no one he could think of. He asked, deeply vexed, if this meant the match might be abandoned. Morris assured him not.

Article continues after advertisement
The Amex was one of the most modern football stadiums in Europe, if not the world. What few people knew was just how elaborate the security systems were.

The Amex was one of the most modern football stadiums in Europe, if not the world. What few people knew was just how elaborate the security systems were. On the bank of CCTV monitors above him Adrian Morris could, within seconds, zoom in on any one of those 30,750 seats. He could go in tightly enough to read the time on any spectator’s wristwatch. The latest technology in CCTV enabled him to see every inch of the building, above and below ground, and the immediate surroundings. No one could enter—or leave—unseen and without being recorded.

Balkham’s first action was to contact the Surrey and Sussex Major Crime Team and speak to the duty Senior Investigating Officer, DCI Nick Fitzherbert. He apprised him of the extortion threat and Fitzherbert told him that he would begin an investigation with himself as lead, and inform Ops and the chief officers. He told Balkham that he would also speak to the Force Gold and arrange for an intercept to be placed on Morris’s phone. He asked the PC to let Morris know that officers from his Major Crime Team would come and see him.

During this time, with Balkham alongside him, Morris set to work. Firstly, he convened an urgent meeting of his entire security team, and secondly, he put out a request to the 400 stewards who would be attending tomorrow’s game to come in two hours earlier than usual. This was followed by a request from Balkham for additional Special Constables to be drafted in for tomorrow, on the advice of the Match Commander.

Next, Morris said he would arrange for the CCTV-monitoring team to check the recorded footage from all cameras around the ground for the past month, for signs of anyone acting suspiciously. At 6 p.m. that evening Morris’s team, along with a number of Expo dogs and their handlers, began the most thorough search of the stadium that had ever been undertaken.

‘Mr Morris, I hope again this is not an inconvenient moment. You are going to a lot of trouble, most impressive—you are to be commended for your efforts. I will be brief because I’m aware, despite my warning about speaking to the police, that you now have a recording and tracing facility on your phone. But you won’t find me, I’m on one of those crappy little phones that doesn’t have any geo-mapping facility, OK? So, look, you really are wasting resources. You will not find this bomb, trust me. Just pay the money—to avoid having blood on your hands. This club has come so far, don’t you think it would be such a tragedy to see it destroyed for what is petty cash? Please trust me—treat me as your friend, not your enemy. I want to help you. I will call you again later.’

‘Who are you?’ Adrian Morris asked.

But he was speaking to a dead connection.

From Dead If You Don’t. Used with the permission of the publisher, Pan MacMillan. Copyright © 2018 by Peter James.

11 Crime Novels You Should Read in July 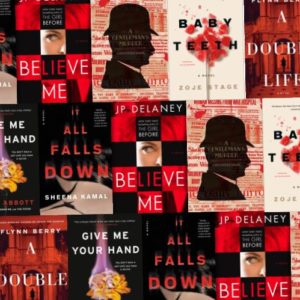 11 Crime Novels You Should Read in July At the start of every month, CrimeReads staff members look over all the great crime novels and mysteries coming out in the weeks...
© LitHub
Back to top