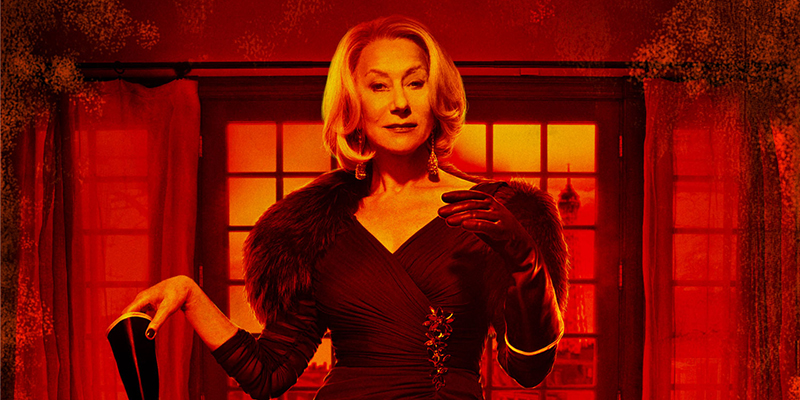 Deanna Raybourn:
On Writers and (Characters)
of a Certain Age

"[C]rime genres have always been comparatively kind to older women..."

Somehow, after publishing a dozen and a half historical novels, including two successful Victorian mystery series, I’ve found myself at the age of 54 a thriller writer. Nobody is more surprised by this than I am, I promise you. The truth is, I’m a complete chicken when it comes to thrillers. I like my murders cozy, served up in a poisoned teacup in a tidy country village with a redoubtable English spinster sleuthing out the solution while she knits baby blankets as fluffy as her hair. I like eccentric spinsters and locked rooms with gentle death administered in a toxic teapot or a spoonful of sinister jam. Anything involving blood or gore, and I’m out.

At least I was until Oyinkan Braithwaite came with me on vacation. A few years ago, I was stocking up on books to read on holiday when I came across MY SISTER THE SERIAL KILLER. The cover features an intriguing young woman in a headscarf and cool sunglasses, the text rendered in brilliant, acidic green. A closer look shows the image of a hand brandishing a butcher knife reflected in the sunglasses. If you’ve ever seen this book, it leaps off the bookstore shelf. I had to have a copy, even if it did make me wonder if I’d be too squeamish to finish it. The fact that it was short was consoling, and I planned to read it on a beach where I could have plenty of warning if anybody wanted to sneak up on me and disembowel me with a harpoon, for instance.

To my astonishment, I loved it. I devoured it in a single sitting. That one book completely broke down my fears about reading thrillers. I might not read them last thing at night, but neither do I peer behind shower curtains or under the bed. I’m comfortable with these horrors now, so much so that when my publisher asked me to write something (“anything”) about older women, I knew exactly what I wanted them to be.

My killers aren’t freelance criminals; they’re skilled professionals who take internationally sanctioned contracts to eliminate targets who have it coming.

I wanted to write killers. My killers aren’t freelance criminals; they’re skilled professionals who take internationally sanctioned contracts to eliminate targets who have it coming. (At least that’s how they justify the work.) They take lives with the same relaxed competence as any other professional. They’ve spent forty years bumping off dictators and drug-runners, and it’s time for them to hang up their holsters—and hand grenades; they’re nothing if not creative in their kills. But first they have to embark upon one last set of missions, without back-up or resources. With only their experience and what they can buy at the supermarket, they have to arrange a series of lethal missions to secure their own safety.

And, I have to admit, planning these murders was a delight. I got to do all sorts of gruesome research and give my killers utterly bonkers, completely over-the-top assassinations. I pulled together urban myths and household items to create deaths that were fun. (For my killers. Not so much for the victims, alas.)

But why was it so fun? What is it about reading and writing thrillers that makes it so enjoyable? Is it the puzzle—the challenge of matching the right killer with the right victim? Is it the vicarious thrill we experience when we identify with the murderer or the murderee? Is it the little rush of smug satisfaction that we get to walk away unscathed at the end, literally closing the book on the crime and its aftermath?

Probably a little of all of those. I only know that writing KILLERS OF A CERTAIN AGE was the most fun I’ve ever had writing, and I have a lot of fun writing my other books. Like my Victorian and 1920s heroines, the quartet of assassins in this book features women who are strong, undaunted by circumstances, determined to pave their own way in the world. So what made these women so much more enjoyable to write?

It was their age. The four titular killers are sixty, with forty years of experience in the field of professional murder. They’re post-menopausal and they fear nothing except maybe osteoporosis. (If you’re having trouble imagining killers of this particular age, think Helen Mirren in RED and you won’t be far off.) Because they’ve seen and done it all, nothing surprises them and they aren’t shy about demonstrating their skills. They’re calm and confident in their abilities, quietly going about the job of extermination with nothing to prove.

Of course, crime genres have always been comparatively kind to older women. From Miss Marple to Jessica Fletcher, cozy murder loves a lady who’s been around. Has there ever been a more winsomely charming spy than the intrepid Mrs. Pollifax? In the past few years Elizabeth Best from Richard Osman’s THE THURSDAY MURDER CLUB and THE MARLOW MURDER CLUB’s (Robert Thorogood) Judith Potts have joined their ranks, staving off boredom by solving the odd mysterious death.

And the mature woman is getting her due on the other side of the criminal coin as well. Helene Tursten’s Elderly Lady and Catharina Ingelman-Sundberg’s Little Old Lady have embarked upon serial killer sprees and larcenous rampages respectively. My four assassins fall somewhere in between these two extremes of do-gooder and unrepentant criminal. They’re firmly on the side of justice, but they couldn’t care less about the law. Because sometimes being a killer of a certain age means taking the law into your own hands. 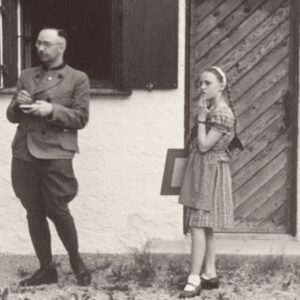 In June 1934, when a war with Germany seemed a remote prospect, one of Philip Conwell-Evans’s English colleagues found...
© LitHub
Back to top