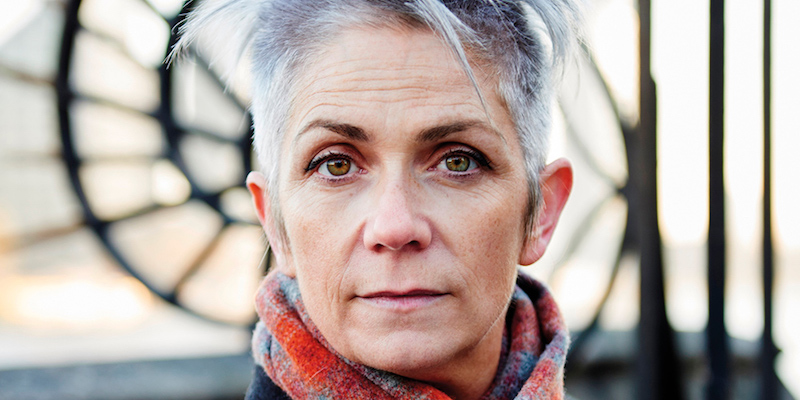 Denise Mina Is Living the Zeitgeist

A modern crime queen weighs in on podcast investigators, celebrity culture, and one more road-trip novel before Brexit.

Denise Mina won me over long ago for her intense and well-researched crime novels that immerse the reader in the blood and guts of history, but her new contemporary-set stand-alone is a departure, placing us firmly in the true crime podcast zeitgeist. When a woman in hiding finds her location outed on the internet, she goes on the run with an acquaintance with secrets of his own. Along their journey, they listen to a podcast—a podcast which, it becomes increasingly clear, is about the novel’s protagonist. In Conviction (Mulholland Books), Mina plays with the concepts of celebrity, true crime, storytelling, and rumors, for a kind of post-modern self-referential take on what is still a rollicking good thriller. Denise Mina was kind enough to answer a few questions over email about her latest work, and her wider oeuvre.

Molly Odintz: True crime podcasts play a pivotal role in your new work, Conviction. Are you a devoted listener? Any strong impressions on the true crime culture that seems to be having such a heyday right now?

Denise Mina: I’m obsessed with them, I listen to them all the time.

I think why they’re going through a surge in popularity is because we live in uncertain times. True crime stories are compelling because they matter, have real world consequences, tend to be classed as a low art genre so anyone can enjoy them and have a valid opinion and also because there’s so much good stuff out there! I’ve always read a lot of true crime and, believe me, the late eighties and nineties were a desert. I was reduced to buying True Detective magazines which were basically stranger rape manuals. True crime tends to become popular during times of social upheaval: after WW2 the UK newspapers carried so much crime the journalists became famous and were referred to collectively as ‘The Murder Gang.’

Having written comics when it wasn’t popular and crime fiction before it was taken seriously, I predict that soon a true crime book by a white man with an ivy league education will sell well and then true crime will be taken seriously by the mainstream. It will become impossible to get a crocheted portrait of Charles Ng, so stock up now people.

I read Conviction as a dark comedy of celebrity gone awry—the two protagonists are driven into seclusion after receiving unwanted attention, and their responses to notoriety are not the obvious ones. What did you want to explore about celebrity and notoriety in modern culture?

Being known and being seen are always presented as an absolute positive but that’s not my experience or the experience of a lot of people I know. Being famous for whatever isn’t even a double edged sword, for a lot of people it’s just a drag, even more so because they’re congratulated all the time for a small event that happened ten years ago. It messes with your head. You start to think your opinions about everything matter, feel uncomfortable about the amount of social power you’ve been given and unsure what to do with it. Should you draw attention to Yemen or launch an underwear line?

It’s a life lived as a seen passive object instead of an active subject. It often doesn’t even come with money now. It’s no assurance that you’re rich. Just that everybody knows your face and maybe one thing about you.

Conviction is also, and very much so, a road trip novel. Did you find that kind of story movement liberating? What drew you to the form?

I love road trip stories in particular and it was written in response to the urge that I think a lot of us feel at the moment which is to RUN.

You seem to be playing, also, with some of the traditions of the classic thriller—secretive pasts, a cryptic revelation, a couple thrown together and gone on the run through one international location after another. The story has a kind of Hitchcockian, North by Northwest style, in the best way possible. What about those classic thrillers drew you to them? Were there elements of those stories you wanted to emulate, or even subvert?

“As a very giggly person I am always amazed that police procedurals don’t feature more nervous giggling. The lack of joking or moments of sudden self awareness make them much less believable to me.”

I wanted to celebrate Europe while its still part of our landscape, pre Brexit, pre Visas. Soon a road trip story like this will involved a lot of waiting at passport control, unless its James Bond in which case he’ll get a private plane and swagger off it into a car ( the rich will be fine).

Also the book is a celebration of story forms: the road trip, the mystery, the culminating drawing room scene, noirishly rich over lords, the unlikely pairing. I wanted to subvert the po-facedness of them. As a very giggly person I am always amazed that police procedurals don’t feature more nervous giggling. The lack of joking or moments of sudden self awareness make them much less believable to me.

Very Astute! The book is obsessed with story forms and I think the love of story is a good explanation for what is going on in the world right now. If a story is pleasing and appealing it feels more true than a messy, stats-­laden story. I read recently that anti-­vaccers have a better story than vaccers, the far right in Europe have a perfect story form: the Leader who will solve all problems, the Baddies who are the cause of all the trouble, The Solution which will be swift and painless (to you). It makes it more appealing than ‘maybe we should all try a little harder and implement this complex series of regulations so we can look after everyone.’ People are using their convictions rather than reason and modern myths, borne out of the love of story forms, are taking collective hold.

Conviction, and The Long Drop, in very different ways, both explore the allure of true crime for women. Why do so many find it remarkable that women are interested in true crime, even after centuries of women’s interest in crime demonstrated over and over again?

I really don’t know. I suspect its that ‘women’ have always been characterized in a way that wasn’t what ‘women’ were like at all. Working class women, women of color, queer women, none of those groups were expected to sit at home, stroking kittens and weeping.

There are many explanations offered: we’re traumatized, we’re rehearsing being afraid, we’re damaged. All of those strike me as non-­women people trying to shove us back into the woman box. 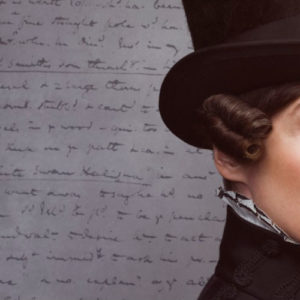 When I tell people I co-host a podcast called Unlikeable Female Characters, a common response is this: “I love reading...
© LitHub
Back to top