Ralph Dennis was one of the best, and most neglected crime writers of the decade—and he's due for a revival.

Six years ago, I fell in love with the twelve Hardman novels by the late Ralph Dennis…it became an expensive obsession that led me to acquire the copyright to all of his work, published and unpublished, from his estate and to co-found a publishing company, Brash Books, just to get the novels back into print.

Don’t feel bad if you’ve never heard of Ralph Dennis. His first seven Hardman novels, with numbered titles like Hardman #1: Atlanta Deathwatch, were all released in paperback in 1974 by Popular Library, which packaged them as cheap, sleazy, men’s action adventure novels. Most of the books in the genre were disposable hack work, slim volumes full of violence and sex with titles like The Butcher and The Penetrator, that were doomed to a short shelf life and oblivion. But the Hardman novels were something different, terrific crime novels with nuanced characters, strong plots, a remarkable sense of place and something meaningful to say about race relations in the deep south. Even so, the novels slipped into obscurity and Ralph never achieved the recognition or success he deserved, despite publishing three standalone novels outside of the series. At the time of his death in 1988, Ralph was a destitute alcoholic, sleeping on a cot in the backroom of George’s Deli in Atlanta and working as a clerk at a used bookstore.

But Ralph wasn’t entirely forgotten. His Hardman series remained beloved by crime writers, like novelist Joe R. Lansdale (Hap & Leonard) and screenwriter Shane Black (Lethal Weapon), who credited Ralph for inspiring their work and who passionately recommended the yellowed, hard-to-find paperbacks to their friends. And that’s how I discovered Ralph…because a friend made me read him. And I got hooked…bad.

I’ve re-released all of the Hardman books in new ebook and paperback editions to wide acclaim…so now I’m tackling Ralph’s other work, including his first standalone novel Atlanta, which was published by Popular Library as a paperback original in 1975, mid-way through the twelve-book run of the Hardman series. 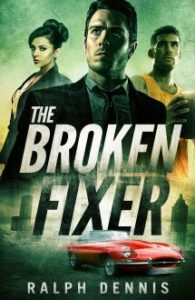 Atlanta was inexplicably packaged as a sprawling potboiler similar to bestsellers of the day written by authors like Arthur Hailey and Harold Robbins, novels packed with sex, melodrama, sex, politics, sex, high-finance, and sex, usually pegged to a specific industry, like banking (Hailey’s The Moneychangers) or cars (Robbins’ The Betsy). There was nothing subtle about Popular Library’s ploy. The blurb across the cover of Atlanta screamed:

“A city aflame with the passions of today—the most enthralling blockbuster novel since AIRPORT and HOTEL.”

The problem was that Atlanta was nothing like those books, and Ralph wasn’t like those authors, so the novel disappointed the readers the publisher was trying to attract and didn’t reach the audience that would truly appreciate it: crime fiction fans.

Atlanta was essentially a novel about conflicted “fixer,” a ruthless lawyer of dubious morality hired by a real estate titan to quietly and efficiently make problems go away with bribes, cover ups and persuasion.

Alas, once again, Ralph was sabotaged by his publisher’s bad packaging and promotion, as he had been with the Hardman series. Only this time, Ralph also sabotaged himself.

Ralph’s strengths were a keen eye for detail and writing lean, evocative prose that moved a story along at a brisk pace. But in Atlanta, perhaps in an effort to bulk up the number of pages to Hailey-esque proportions, he filled the book with rambling descriptions and lengthy, irrelevant backstory that dragged the pace down.

I was astonished to discover that Ralph’s original manuscript was even longer. This summer, I visited the University of North Carolina in Chapel Hill, where Ralph was a student in the early 1960s and later an instructor, to learn more about his life. I found a letter in the University library’s archives that Ralph wrote in May 1975 to his friend Wesley H. Wallace, chairman of the department of Radio, Television and Film, that mentioned the book:

“Atlanta is a book I didn’t want to do, but Popular Library kept raising the advance money. It was written for a godawful series of books … Saturday Night in San Francisco, Saturday Night in Los Angeles, Saturday Night in Milwaukee…and mine was to be Saturday Night in Atlanta. When I finished it, the manuscript was 375 pages. It was too long and I was sick of it. They cut 75 pages and two whole characters out themselves. But the series was such a disaster that they decided to bring my book out apart from it and try to get their money back. Without telling me, they brought it out as Atlanta. In fact, I didn’t know it was out until a friend saw it on the shelves at Brentanos.”

Atlanta was a commercial failure and quickly forgotten. Ralph returned to his Hardman series and the kind of writing he did best, though he was ashamed of the books and longed to be taken seriously as a literary writer.

What he didn’t believe, and most critics at the time didn’t either, was that crime novels are serious, literary writing.

What he didn’t believe, and most critics at the time didn’t either, was that crime novels are serious, literary writing. Lean prose isn’t a sign of superficiality and setting a story in a world of crime doesn’t make it any less emotionally, spiritually, psychologically and culturally meaningful than so-called “literary fiction.”

Atlanta is essentially a crime novel, but it’s also a scathing indictment of a city being radically transformed in the 1970s by gentrification and greed… and of politicians more interested in courting business and tourism, and enriching themselves, than preserving the neighborhoods, culture, and deep, if sometimes cruel, history that gave Atlanta its distinct personality. These were the same kinds of issues that John D. MacDonald was tackling in his fiction at the time, in both his Travis McGee series of crime novels and his standalones like Condominium, though his concerns were more about the impact of development on the environment. Ralph’s real interest was the people on the fringes of society. He saw the dive bars, coffee shops, and strip clubs that he loved for their character (and, yes, probably for the vice that went with them) being mowed down in favor of cold, charmless shopping malls, office towers, and sports arenas. As a result, the novel is also about the struggling underclass whose lives were intertwined with, and shamelessly exploited by, the wealthy and powerful.

I knew there was a good book in Atlanta… it just needed editing. So I cut tons of unnecessary exposition and tightened scenes to improve pacing and sharpen characters. And, finally, I retitled the book The Broken Fixer to reflect what the story is actually about. But all the words are still Ralph’s, as only he could write them, and vividly illustrate the cultural, racial, and sexual attitudes of the time. Only now it’s the book it always should have been, a true example of what made Ralph Dennis one of the best, and most neglected crime writers of the 20th Century.

A Brief History of Monstrous Mothers in Literature 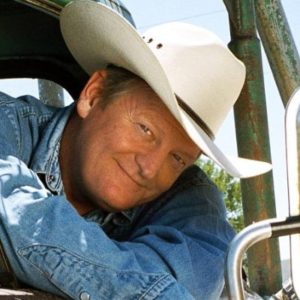 Craig Johnson has experienced much good fortune as an author. He started out on the Viking imprint, where he has been for all his sixteen...
© LitHub
Back to top