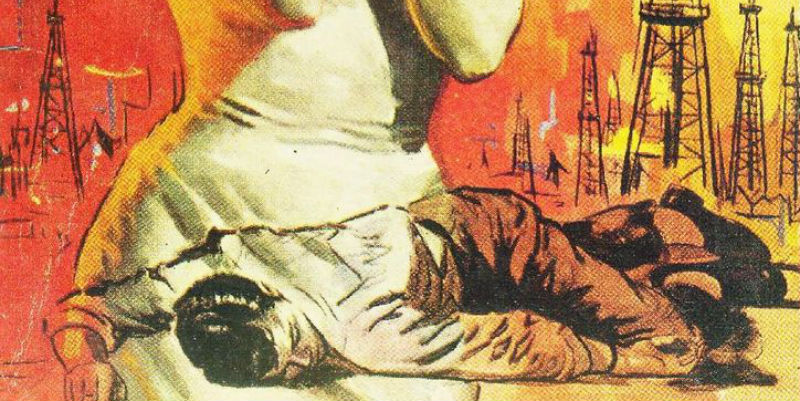 On Leaving the Navy and Finding Jim Thompson and Black Lizard

The United States Navy classifies time away from one’s duty station as “liberty.” Sometimes restrictions are put on that liberty. For instance, “Cinderella liberty” means you have to return at midnight. “Eyeball liberty” is liberty you can enjoy by looking at it, i.e. no liberty whatsoever.

When I was in the Navy I was a good sailor on the ship but a terror on the beach, so my liberty was restricted with depressing frequency. Not being able to leave the ship for six weeks at a time—and it happened more than once—left ample time for reading. Unfortunately, the ship’s library consisted of a cardboard box in the forward crew’s lounge in which dog-eared paperbacks would randomly appear.

There wasn’t much in the way of “literature” in The Floating Library, as I came to call it. I read Truman Capote’s In Cold Blood in one sitting and Jack Kerouac’s On the Road found its way into my hands while we were steaming to San Francisco. But these were the exceptions.

I mostly read books by Stephen King, Dean Koontz and Mary Higgins Clark, which was fine, because I read for the same reasons that I drank: to annihilate the hours. I read to forget I was stuck in a steel bucket while my shipmates were off doing what sailors do in ports of call in San Diego, Tijuana and beyond.

After I finished my stint on the ship, I went to a small school in my home state of Virginia. There I benefited from one-on-one attention from English instructors who weren’t put off by the Navy veteran with a passion for prose who had never read Shakespeare and thought the Modern British novel meant Agatha Christie.

I applied myself with the same discipline that the Navy had drilled into me. I mowed through my courses, reading everything my instructors suggested from Faulkner to Foucault, Wharton to Woolf. By my senior year I was taking independent studies in James Joyce, which felt like a reward for having grown up in an intensely Irish-American household, and Thomas Pynchon, who like Melville and Conrad, had been a sailor.

However, my love of literature-with-a-capital-L didn’t translate to an ability to string two sentences together, which was problematic, because at some point my need to make time disappear was replaced by a desire to write a novel. Reading was a kind of eyeball liberty and now I wanted to see the sights for myself.

My style, which was of paramount importance to my 24-year-old brain, was a species of postmodern baroque that made Cormac McCarthy look like a lightweight. All of my early efforts at storytelling were larded with language that sounded cool but didn’t really mean anything. I believed Joyce’s “The Dead” was the zenith of the short story form and I barnacled the endings of my stories with alluringly alliterative and alliteratively alluring adverbs. The best thing I can say about my writing was that I knew it was bad.

I stuck around my college town to fulfill my duties at the Naval Reserve Center, wondering what I should do with my life, when a friend put a copy of Jim Thompson’s Recoil in my hands.

Reader, it changed my life.

Recoil, published in 1953, concerns a newly paroled bank robber named Patrick “Red” Cosgrove who is being used as a pawn in a game he doesn’t know how to play.

Cosgrove is given a place to stay, cushy job, access to a car. His only instructions are to stay away from the beautiful women who keep throwing himself at him, which goes as well you imagine it will.

The characters are borderline flat, unknowable even to themselves, nor is the story, which is about the evils of corruption, particularly deep, but it hardly matters. To save his neck, Cosgrove is thrust into the role of the reluctant detective. Although he doesn’t figure out the score until it’s almost too late, the breakneck pace of the plot carries the reader along.

Recoil has it all: a characters in trouble, snappy dialogue, an unpredictable story, and plenty of action. It does not labor over descriptions. The setting could be any small city. The writing is crisp but oozes style. It’s concerned with atmosphere, tension and mood. It’s a wild ride that careens toward melodrama, swerves into the absurd. At one point, Cosgrove throws a corpse he is carrying at a flatfooted cop to effect his escape.

What struck me about Recoil was all the things it was not: ponderous, ambiguous, bloated, wordy. It was artful without giving the impression that it was the least bit concerned with art. The stakes were high and it was entertaining as hell.

Recoil is not Thompson’s best book. It probably isn’t in his top ten. (The Killer Inside Me is his best known work, but I’m partial to The Getaway.) When I re-read Recoil this summer, I was struck by how little of the story I remembered, but once Thompson got his hooks into me, I was all in. I’ve never regretted an afternoon spent reading a Jim Thompson novel.

Maybe I was glad to be finished with school. Perhaps I was experiencing the thrill of reading for pleasure. But I wanted more reading experiences like this and went back to my friend for another paperback crime novel with a lurid cover, which he had in abundance.

I picked I Wake Up Screaming by Steve Fisher. Published in 1941, the novel is set in Hollywood and concerns a New York playwright who has been invited to Hollywood to work as a screenwriter. He becomes enamored with a beautiful young secretary that he’s determined to help make it in Hollywood. Right when her star starts to rise the screenwriter finds her cold and dead, and now he has to prove that he isn’t the killer. Despite its similarities to the plot of the Coen brothers’s Barton Fink, the real star of the novel is a tubercular detective who is obsessed with finding the would-be-starlet’s killer:

A dead starlet, a haunted detective, a writer on the run. What’s not to love? Where Recoil is a pinball machine of sex and violence, I Wake Up Screaming is the scream of a rat caught in a trap of his own making.

Next, I read Shattered, which had been originally published in 1969 as The Plastic Nightmare, by Richard Neely. A man wakes in a hospital room after a gruesome car crash has torn him to pieces. The good news is the doctors have put him back together again. The bad news is he has no memory of the person he was before the accident. Here’s a scene from when he confronts the mirror for the first time after the bandages come off:

I seemed to be looking at a man I knew with startling intimacy but was unable to place. A fragmented memory began to form. For a split instant the pieces darted together like metal fittings homing to a magnet. Then they fell apart. But not before my senses had absorbed the blurred image of an unidentifiable woman around whom drifted an aura of death.

Despite the fact that these books had been published in three different decades, what these out-of-print novels had in common was they had been reprinted by Black Lizard Books, the brainchild of Barry Gifford, the author of the novel Wild at Heart, which had been made into a movie by David Lynch. Gifford had a knack for finding books that were—to borrow a line from his best-known novel—“wild at heart and weird on top.” These were the books for me.

I learned that I could I find original Black Lizard books published by the Creative Arts Book Company before Vintage bought them out for a couple bucks at used bookstores. By then I’d moved to Los Angeles and worked at a coffee shop down the street from a massive bookstore. I’d spend hours searching through stacks of cheap paperbacks, looking for the insignia of publishing houses that had gone belly up before I was born.

From there I graduated to the hard-bitten cynicism of Charles Willeford and the lowdown poetry of David Goodis. I made a careful study of Dashiell Hammett’s Continental Op, whom I preferred to Raymond Chandler’s Philip Marlowe. The Continental Op ate six-egg omelets, drank gallons of coffee and had meat-grinder fists and he still got his ass kicked every 100 pages. (Perversely, the hardboiled hero is measured not by the punishment he can dish out, but by how much he can take.)

Then I discovered Richard Stark. Stark is the pseudonym of Donald Westlake who wrote an immensely readable series about a ruthless professional thief. The Hunter, the first novel in the series, has been made into a movie four times with a fifth in the works. By now I was familiar with the tropes of the heist novel, but what made Stark different was how inventive he was with perspective.

Each novel begins with Parker as he sets up the job and assembles a crew to knock over a bank, a jewelry store, even a football stadium. The novel then switches perspective to a secondary character: a member of his crew, a rival thief, or part of the security force. This shift introduces a double-cross or wildcard that will disrupt Parker’s plans. Then we return to Parker’s point of view to see how it will all unfold. Stark wrote 23 of these books. Somewhere along the line I thought I could write one, too.

A customer at the coffee shop donated a computer to the cause. I bought a keyboard and a monitor at Salvation Army. I didn’t have a printer. After a couple of false starts, I settled on a story about a bagman who had to be broken out of a mental hospital every time he had to do a job.

The following year I moved to Arizona to study literature and teach English composition. I rented a tiny apartment in a converted motel—#13 Blackbird’s Roost—and worked on my novel. I finished late one night the week between Christmas and New Year’s and went out to celebrate. I no longer remember how the novel ends, but I’ll never forget that walk along the tracks to the bar. The question as to whether I could write a novel or not had been put to rest. I was no longer dreaming of becoming a writer, but thanks to my hardboiled mentors I was someone who’d written, a writer for real, and no one could take that way from me.

Jim Ruland is the author of the novel Forest of Fortune. He is currently working on a book with the band Bad Religion.
http://www.jimruland.net/ 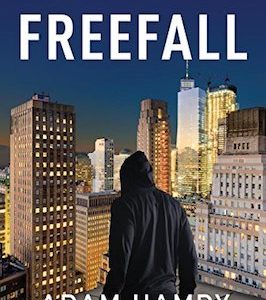 They’d started burrowing the moment he’d come out of the coma, and the depressions they dug deepened every day. Physically,...
© LitHub
Back to top