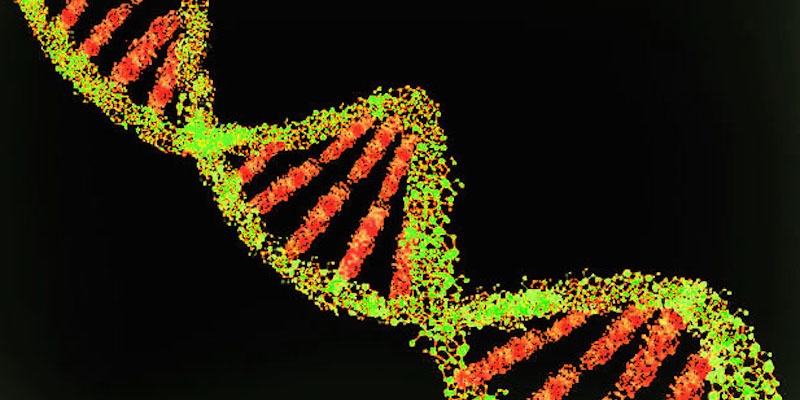 A brief look at some forensic, genetic puzzlers

The discovery of DNA reads like a good mystery. From the beginning, there were clues to its existence, as early humans wondered why rabbits made little rabbits while beavers made beavers, etc. Some sort of substance, they reasoned, must be controlling it all. Did it come from the mother? The father? Possible suspects abounded. Scientists chased this mysterious factor through the ages until Rosalind Franklin finally snapped a picture of DNA in the early 1950s. Watson and Crick saw the photos and the rest, as they say, is history. Now DNA science is a dominant force in crime solving and crime fiction. Often a DNA “hit” confirms a detective’s theory of a case, but once in a while, the result is so surprising that no one could have predicted it. Here are a few notable cases in which the DNA result was a puzzle in itself.

The Phantom of Heilbronn

European law enforcement officers had a serial killer on their hands, but the only thing they knew about her was her DNA. Dubbed “The Phantom of Heilbronn,” the anonymous woman’s genetic material was detected at the scene of more than forty crimes over a two-decade period. She could pass through borders with no apparent problems and was linked crimes in at least three countries. One of the most notorious was the murder of police officer Michele Kiesewetter in Heilbronn, Germany in 2007. Authorities offered a reward of 300,000 Euros for the phantom’s capture.

In 2009, the woman’s DNA turned up in a new, shocking place: on the body of a male burn victim. Suspicious now, forensic analysts developed a new theory about the woman’s DNA. They guessed it had not been discovered at the crime scenes but was brought in by the investigators. Indeed, further testing revealed that the DNA was present in the cotton swabs used to collect the samples. It belonged to a female factory worker where the swabs were manufactured. The “Phantom” never existed.

A Head of the Game

Boston Police faced a gruesome scene. Someone had dismembered John Leyden in his apartment and removed his head from the scene. Leyden’s brother, who had a history of disagreements with John, seemed like a good suspect. The cadaver dog brought in to try to locate the missing head alerted to something Leyden’s brother’s car: there was bloody tissue in the trunk. A DNA test confirmed the tissue belonged to John, and his brother was arrested. Case solved!

Unfortunately for the Boston detectives, they received a call from Massachusetts state investigators who had their own murder to solve. They had arrested a man named Eugene McCollom for murdering and dismembering a female prostitute. McCollum confessed, and then he added that he’d murdered a man in Boston, too. John Leyden.

No way, the Boston cops replied. They caught the guy who killed John Leyden. It was his brother, and the DNA proved it.

McCollom insisted he was the true killer. Asked for more proof, McCollom said he could lead them to the missing head.  He said he’d boxed up Leyden’s head and driven it to Florida, where he had buried it in a park in Fort Lauderdale. Reluctantly, the Boston authorities contacted Florida. Had they encountered anything unusual in one of their parks?

“Oh, you mean the head in the box?” came the reply on the other end.

Boston detectives admitted they had arrested the wrong man. McCollom was guilty. But why, then, did Leyden’s blood turn up in the trunk of his brother’s car? Their best guess is that the cadaver dog brought in to search the apartment got some of Leyden’s blood on its paws, and then later, when the same dog was used to search the brother’s car, he accidentally planted the DNA in the trunk.

A one-man crime spree, the Golden State Killer wreaked havoc up and down the state of California in the 1970s and 80s. He moved from burglary to rape to murder, committing dozens of attacks before disappearing into the night. His crimes were carefully plotted to avoid any whiff of detection—except for the one tell-tale clue he couldn’t see coming. The Golden State Killer left his DNA all over his crime scenes because, at the time, DNA wasn’t a concern. He had no way of knowing it would one day reach out across the decades and yank him from his hiding place.

Detectives, meanwhile, used DNA to track the killer as soon as the tool became available in the late 1980s. They were able to link all his crimes across jurisdictions and confirm that multiple cities had been chasing the same man. The problem was: authorities had his DNA, but no name to go with it. Somehow, amazingly, the Golden State Killer never ended up in the system. Decades passed, and many believed he would never be caught.

DNA technology marched onward as the case sat idle. It became cheaper and more readily available to the public. Regular people began uploading their DNA profiles into searchable databases, and forensic technicians deduced that these public profiles could be a way to unmask their killer. All of us share DNA patterns with our relatives. The closer the relation, the better the DNA match. But you can find distant relatives—third cousins and the like—by focusing on smaller patches of commonality. This is how forensic geneticists were able to track the Golden State Killer.

By locating profiles of distant relatives of the suspect, authorities were able to trace the DNA profile back through the family and hit upon their lead: Joseph D’Angelo, who was arrested in 2018. The revelation of the alleged murder also answered a long-standing question of how he was so able to avoid capture during his reign of terror: D’Angelo had worked as a cop.

The first DNA hit that Italian authorities had in the murder of a thirteen-year-old girl seemed impossible on its face. Giuseppe Guerinoni had been dead for more than a decade. He couldn’t have murdered young Yara Gambirasio in 2012. Maybe, detectives wondered, one of Guerinoni’s children had committed the crime. But thorough investigation revealed that they all had solid alibis.

DNA doesn’t lie, they told Guerinoni’s widow. Does he have other children? The woman denied it, but when authorities questioned some of Guerinoni’s old friends and colleagues, they learned he had an eye for the ladies. The dead man had driven a bus for a living, and his friends admitted he liked to chat up the women he drove around town. Now detectives faced huge odds: Could they really track down a woman who rode a bus eighteen to thirty-five years ago? Their historical work generated a list of more than 500 women whom Guerinoni could have impregnated and then they DNA tested them all.

This DNA dragnet revealed Ester Arzuffi, 67, who had DNA similar to the killer’s. But the killer was male and obviously not Arzuffi herself. Arzuffi had three children, boy-girl twins, and a younger son. All three were raised as offspring of her husband, but DNA tests confirmed that the father of the twins was the dead bus driver Guerinoni. The male twin, Massimo Giuseppe Bossetti, was finally arrested as Yara’s killer.

Counting Down the Greatest Crime Films of All-Time: #31 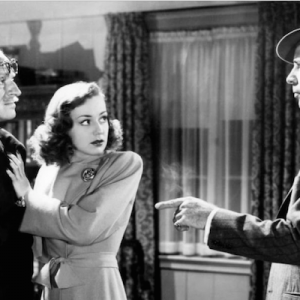 Counting Down the Greatest Crime Films of All-Time: #31