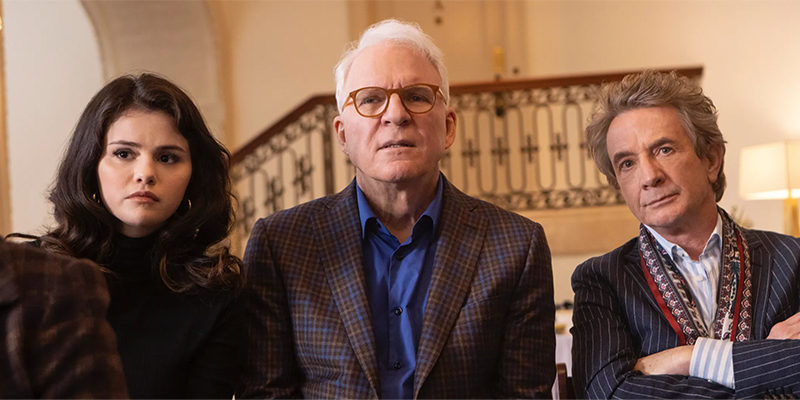 Between seasons of your favorite show? Cozy mysteries are sure to scratch the itch.

Do you follow every rabbit hole in true crime podcasts or watch serial killer documentaries religiously? Does the Forensics Files or Cold Case Files theme songs ever get stuck in your head? Do you pour over each detail in Only Murders in the Building looking for clues so you can figure out the killer before our heroes Mabel, Charles, and Oliver do? Then you, my friend, are an armchair sleuth!

You’re by no means alone. Up to 50% of podcasts right now are based on true crime. Murder mysteries—real and fictional—are topping the charts of Netflix and Hulu. We can’t get enough of it, which is a good thing because I’m an avid reader (and writer!) of cozy mysteries. If you’re between seasons of your favorite crime documentary/drama/comedy, now’s a great time to check out cozy mysteries that can help scratch that killer itch.

Some of the most popular cozy mysteries revolve around food or drink ranging from the delicious musically-themed coffees in my cozy mystery Vinyl Resting Place to the amazing moonshine cocktails in The Proof Is in the Poison by Diane Kelly. Blackberry moonshine? Yes, please! Let’s just hope no one drops dead before last call. Calypso, Corpses, and Cooking by Raquel V. Reyes weaves a fantastic murder mystery around the mouthwatering flavors of Miami. Death by Bubble Tea by Jennifer J. Chow is a double threat (to your waistline) because not only does main character and reluctant sleuth Yale work at a night market with her cousin, but her dad also runs a popular restaurant in L.A. What if you’re not a foodie? Jennifer J. Chow has you covered with the Sassy Cat Mysteries, starting with Mimi Lee Gets a Clue, where Mimi and her talking cat find themselves at the wrong end of a murder investigation.

If that got your attention, maybe animal-themed cozies are more your speed. If you’re in the mood for a chatty Corgi, some delicious scones, and a helping of murder, check out A Cold Nose for Murder by Jennifer Hawkins. Or, for the cat lovers out there, in Gone but Not Furgotten by Cate Conte, a cat café proprietress finds herself rescuing a house full of cats in a hoarder situation. If that’s not challenging enough, she takes it upon herself to find out who murdered their previous owner. The mischievous cat is a delightful addition to the ski resort in Mulled to Death by Kate Lansing, where winery owner Parker is serving up hot mulled wine and a side of justice after getting snowed in with a murderer. In my new cozy, Vinyl Resting Place, a formerly stray cat called Daffy might have been the only witness to a death at the record shop, but he’s not very reliable.

Family is another central theme in Vinyl Resting Place, where Juni Jessup and her sisters have to solve the crime to save their uncle and the family business. Blackmail and Bibingka by Mia P. Manansala is all about family and amazing Filipino food. When Lila’s shady cousin comes to town, murder isn’t far behind. In Under Lock & Skeleton Key by Gigi Pandian, amateur detective Tempest is trying to avoid ending up working for her father, but an old family curse, a dead body, and a classic locked door mystery draws her in. Lucy the genealogist in Fatal Family Ties by Celeste Connally, writing as S.C. Perkins, is faced with not one but two murders—one in the distant past and one in the present—and the only way she can solve them is by untangling generations of family secrets.

Like Only Murders in the Building, most cozy mysteries are humorous, but some are downright laugh-out-loud. These next examples straddle the genre line, but all have a central mystery with a main character who is completely over her head. In Finlay Donovan is Killing It by Elle Cosimano, Finlay is mistaken as a hitwoman, but when bodies start turning up, she’s got to figure out who’s responsible and stop them before someone takes a contract out on her. In the hilarious Dial A for Aunties by Jesse Q. Sutanto, Meddie already knows who killed the dead man in her freezer—she did. Now she, along with her mom and aunties, must find out what he was up to, throw a lavish wedding, and figure out how to get rid of a corpse without drawing too much attention to themselves. Finally, no discussion of comedy cozies is complete without mentioning One for the Money by Janet Evanovich, where a hysterically inept Jersey divorcee-turned-bounty hunter must track down killers, flashers, and other riff-raff while dodging the occasional car bomb and an even more explosive love life.

Speaking of love, I’m going to deviate with this last recommendation because it isn’t a cozy mystery at all. Love in the Time of Serial Killers by Alicia Thompson is a romance—an adorable, fun romance where the main character is trying to finish her dissertation on true crime in pop culture. She’s so immersed in her research that she starts to think that anyone could be a serial killer, even the hot guy next door. I love this book because it pays homage to some of the best true-crime novels (including In Cold Blood and I’ll Be Gone in the Dark) while treating readers with a sweet and spicy romance.

No matter your preference—food and drink, pets, family, comedy, or even romance—if you enjoy Only Murders in the Building, there are lots of cozies to love. While we’re waiting to find out what’s in store for Oliver, Charles, and Mabel next, you can exercise your armchair sleuth muscles by solving a cozy mystery. Maybe you’ll find your new favorite heroes in the pages of a good book! 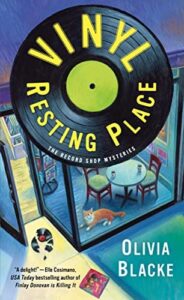 OLIVIA BLACKE (she/her), author of the Record Shop Mysteries, beginning with Vinyl Resting Place, and the Brooklyn Murder Mysteries, finally found a way to put her Criminology degree to good use by writing quirky, unconventional, character-driven cozy mysteries. Olivia is a little nerdy, a lot awkward, and just the right amount of weird. She is a recovering ex-Texan who resides with her husband Potassium and Baileycakes, their roly-poly rescue puggle. When not writing, reading, or spending way too much time on social media, Olivia enjoys Amigurumi crochet, scuba diving, collecting tattoos, watching hockey, and baking dog cookies. She wants to be a unicorn when she grows up. 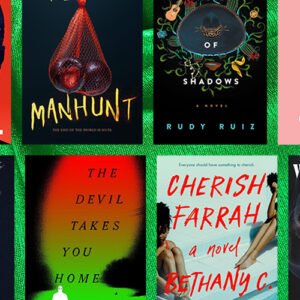 The new renaissance of horror fiction came to my attention just last year, when the number of books hit such a critical mass...
© LitHub
Back to top