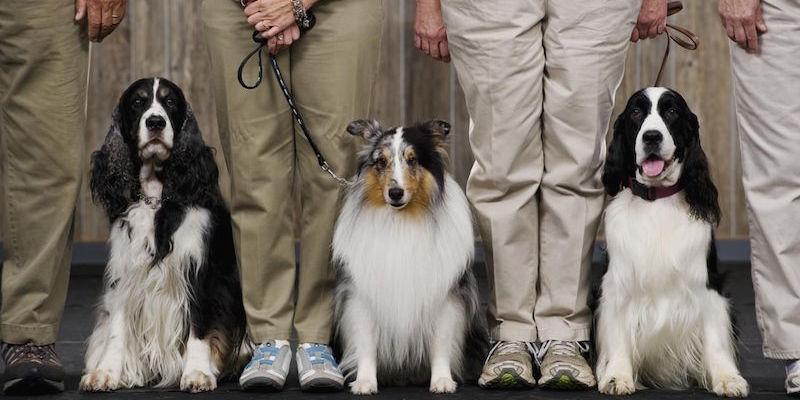 Dog Shows Are the Perfect Setting For Murder Mysteries

What the American Kennel Club, and its Lunatic Fringe, Taught Me About Crime Fiction

When I first entered the world of dog shows, my initial goal was modest: transform my Belgian Tervuren pup, Lord Byron, into an AKC Champion. I soon learned that it was easier said than done. Like any sport, canine conformation requires training, commitment, money and time—plenty of it. In the process of trudging through the many small-town venues that host dog shows, I learned many things: the peculiar jargon of these events, the daily lives of handlers, trainers, breeders and judges, and the compelling urge to excel in an area where monetary output far exceeds gain. (Parents with offspring who participate in school sports understand this all too well). Sadly, I was also forced to lower my standards to accommodate the mostly third-class motels that accept canine clients. (Ugh!)

Eventually I got wise, hired a professional show handler and watched Lord Byron win. Slowly, inexorably, he crept toward the magic 15 points required to become a champion. Then the unexpected happened. At a show in Pennsylvania Dutch country we were snowbound for a week. Boredom set in, tempers frayed (human not canine), and I suddenly realized that these wholesome family venues were the perfect setting for a murder or two.

As in any other endeavor, the passion to win can reach fever pitch, causing otherwise sane individuals to join the lunatic fringe. Thus, Death by Dog Show was born. I sharpened my scrutiny of those around me, merged several characters into one and posed that eternal question all writers ask: What if?

Boredom set in, tempers frayed (human not canine), and I suddenly realized that these wholesome family venues were the perfect setting for a murder or two.

Admittedly when I queried the American Kennel Club’s on-site representative about the impact of a murder, she blanched but remained perfectly poised. Homicide was unheard of on the show circuit, she said, giving me a tight-lipped response and a steely look. To her credit, she didn’t summon Security or have me ejected from the premises, although she gave me a wide berth for the remainder of the event.

Many tales—some apocryphal, most unverified—circulate about dastardly deeds at shows. Sadly, most are directed at canine competitors. Vanity Fair profiled allegations of poisonings in “The Dark Underside of the Show-Dog World,” and similar tragedies roiled the world’s largest show, Crufts, in 2015. Wary show professionals keep close watch over their charges amid fears that animal rights activists or unhinged competitors might add anti-freeze to water, adulterate food, or open crates. The resurgence of the “Adopt Don’t Shop” movement adds yet another complication to the picture as breeders are targeted—and sometimes persecuted—by those equating “canine eugenics” and the death of shelter pets with the quest to produce winning pedigreed dogs. Rarely are these passionately held beliefs susceptible to change or reasoned discourse. Americans who love their four-legged friends spent over sixty billion bucks on pet related expenses in 2018, an indicator of just how wedded we are to them.

Since I neither write nor read novels in which animals are hurt or killed, my victims were humans who tempted fate and got their just desserts. As it happens, dog shows abound with potentially lethal weapons all nicely packaged and ready for use. A number of otherwise harmless substances can spell disaster if mixed into a pesky (human or canine) opponent’s food or drink. While prowling the vendor areas, I spied the perfect murder weapon: a pretty pair of pink ten-inch poodle shears. Believe me, those babies are sharp! I shared my find with a breeder of standard Schnauzers who was also a retired police detective. Instead of recoiling, she advised me to choose a curved rather than straight blade. Easier to penetrate flesh, she said with a grin. Similarly, a leather-smith (the model for my protagonist) taught me that the blade of a leather gauge can slice through most substances—including human tissue—like a knife through butter. Good to know and the perfect weapon for murder number two!

Many tales—some apocryphal, most unverified—circulate about dastardly deeds at shows.

In casual conversation, members of the show community emphasized that their daily lives were filled with hard work, constant travel, and a good deal of tedium. Some are responsible for ten or more dogs and they take that responsibility very seriously. Big paydays are the exception and most breeders and handlers barely break even. Why in the world do they do it, you may ask? For the same reason that so many of us toil in professions (like writing), where compensation often lags behind the effort expended. They love what they do and take pride in competing. Thus, the drama, angst, and elation of the dog show world are merely part of the equation.

I learned to appreciate those who happily “go to the dogs” and are staunch advocates for their breeds and all animals. Even after two years of trudging through the backwaters of America, I still experience a sense of wonder at the beauty and nobility of canines, from the feisty little Chihuahua to the dour Scottish Deer hound.

As for Lord Byron, he is now an AKC Grand Champion, and like his famous namesake, “mad, bad, and dangerous to know.”

Arlene Kay spent twenty years as a Senior Federal Executive where she was known as a most unconventional public servant. Her time with the federal government, from Texas to Washington, DC, allowed her to observe both human and corporate foibles and rejoice in unintentional humor. These locations and the many people she encountered are celebrated in her mystery novels. She is also the author of the Boston Uncommons Mystery series as well as Intrusion and Die Laughing. She is a member of International Thriller Writers.
http://www.arlenekay.com 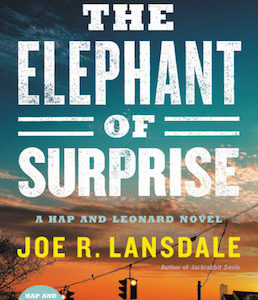 The night was dark, wet, and cold, and the rain was coming down hard. The trees on the right side of the road were bending...
© LitHub
Back to top