Driving in the Dark: Getaway Drivers in Fiction and the Dark Side of the American Dream

Americans love the freedom of the open road, or so the public-relations campaigns would have you believe. Endless advertisements feature the latest automobiles roaring along a sun-dappled highway, often to a popular rock song of yesteryear. Countless movies, books, and television shows celebrate the automobile-centric milestones that supposedly define American life—the gift of the first hand-me-down junker, the wise choice of that minivan that can fit your growing family, and, finally, the acquisition of the ultra-expensive car (“You’ve made it. You deserve that Mustang.”).

There’s a grittier side to all of that, of course. In American noir and crime fiction, the car is also a symbol of freedom—from cops, from responsibilities and consequences, from partners in crime who want to slam a knife in your back. Getaway drivers are automotive liberation taken to extremes, breaking traffic laws and sometimes ending lives as they roar for whatever paradise they think awaits at the far end of the highway.

“I think there is an intersectionality between car culture and individualism that is unique to American crime fiction,” said S.A. Cosby, whose award-winning novel Blacktop Wasteland features a getaway driver legendary for his daredevilry behind the wheel. “The getaway driver is a descendant of the outlaw, the myth of the rugged iconoclast, but they are also a very real articulation of the shattering of inertia and entropy. Haven’t we all, even for the briefest of moments, sat behind the wheel of a car and realized that a rough and raw freedom is just a turn of the ignition key away?”

He added: “That’s what draws people in. Not just the smell of burnt rubber or the clouds of exhaust.”

In that spirit, here are five crime novels that explore the darker side of the American road, filled with anti-heroes looking for one last shot at fulfilling their dreams—if they can survive the next few miles. 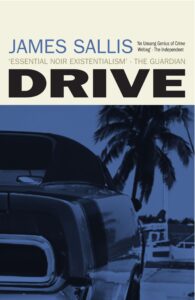 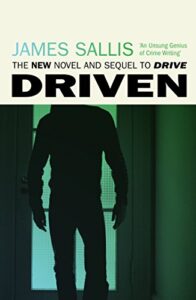 The unnamed protagonist of Drive, James Sallis’s famous ode to contemporary L.A. noir, is a stunt driver for movie productions by day and a getaway driver by night. Double-crossed, Driver demonstrates that he’s as good at killing people as he is at high-speed driving maneuvers. In the predominantly Arizona-set sequel, Driven, Driver finds that someone with his kind of past can’t ever live a normal life, and he has to take to the road again to prevent some very bad people from killing him.

Throughout the two novels, Driver is an avatar of automotive freedom taken to borderline-psychopathic extremes. Although there are allusions to his eventual death at some future moment, he’s seemingly invincible behind the wheel or in a brutal one-on-one fight. Nor does he really follow a traditional moral code—his version of it is the deep respect he holds for cars and those who build and drive them. From Driven:

“The Fairlane was a street car, no doubt about it. And the owner had taken pains to make it look unprepossessing, which made Driver wonder if the owner could have been someone like him, someone doing, in some shape or form, what he used to do. Just as he wondered how the car came to wind up on that lot among the sheep. And why no one had recognized it for what it was.”

No sane person would want Driver’s brutal life; like that Fairlane, he’s also a wolf hiding among sheep, only the sheep in his case keep trying to kill him. As you make your way through the novels, though, it’s possible that you might find yourself envious of his skills behind the wheel, and how he’s capable of doing anything to extend his life for another record-breaking day. Like the myth of the American road itself, he represents danger and freedom in equal measure.

Beauregard “Bug” Montage is a skilled mechanic… and one heck of a getaway driver. As much as he wants to live a lawful existence, circumstances pull him back into the life of crime he worked so hard to escape. The forces arrayed against him are violent and awful, and require Bug to confront some of his deepest flaws—but the resulting car chases are exhilarating, pushing the limits of physics:

“The Buick sailed off the overpass. It plummeted twenty-five feet like a stone. The trunk slammed into the pile of dirt, but the dirt helped to cushion their fall. The edge of the overpass rapidly receded from Beauregard’s vision as they fell. He braced himself by gripping the steering wheel and leaning back in his seat as hard as he could.”

Like Driver in Sallis’s novels, Bug doesn’t live a life anyone would envy, at least when he’s pursued by some of the worst villains ever to drift through a rural noir novel—but when he gets on the road, there’s transcendence in how he works the wheel, propelling tons of metal through the kinds of stunts that many a commuter might have fantasized about in a traffic jam. 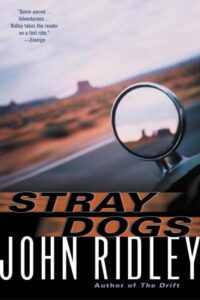 There are getaway novels that race along at 100 miles an hour… and those that take place at a dead stop. One of those is John Ridley’s Stray Dogs, which starts off with something that nobody wants: A car busting a radiator hose in the middle of a brutally hot desert. For the novel’s main character, John Stewart, a broken-down car is just one of a cascading series of worries: He’s fled his job with his employer’s cash, and a bunch of stereotypical gangsters want to mutilate and kill him over a gambling debt.

Trapped in a small town while his car is under repair, Stewart finds himself easy prey for dimwitted bikers, dimmer-witted toughs, and a particularly psychotic femme fatale. Another anti-hero might have cut his losses and fled by any means available, as soon as possible, but Stewart is bonded to his beautiful vintage Mustang until it’s too late.

The ultimate irony of Stray Dogs is that Stewart displays more emotion about his car than he does about all the people he cheats, hurts, or kills. When the local mechanic threatens to wreck his car for nonpayment, for example, Stewart screams “the way a man does when forced to watch his woman brutalized: weak and impotent.” A car enthusiast might recognize that kind of love for a sweet ride, but when seen in the context of Stewart’s crimes, it underscores how damaged he really is. 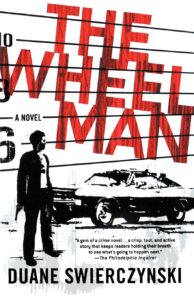 The Wheelman, by Duane Swierczynski

Some noir protagonists stay alive through sheer luck. Others do so because they’re stronger and more aggressive than the people sent to take them down. In the case of Lennon, antihero of The Wheelman, survival hinges on an incredible amount of ingenuity, combined with a Road Runner-like refusal to quit driving, running, and/or shooting. It’s fiery and bloody and madcap in equal measure, the thematic polar opposite of an elegiac, wages-of-sin novel like Jim Thompson’s The Getaway.

Like many a fictional getaway driver before him, Lennon just wants his slice of the American Dream, and he’s willing to do whatever it takes to get it (he’s also incredibly meticulous, tracing out his routes for maximum success). Stillness is his enemy just as much as bullets.

On the Dognapping Gangs that Terrorized Victorian London, and the Poet who Fought Back 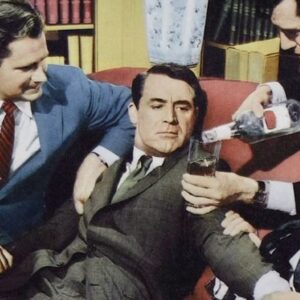 So, you crack your knuckles and sit down at the keyboard to write a thriller. You’re eager to create a gripping story in which...
© LitHub
Back to top