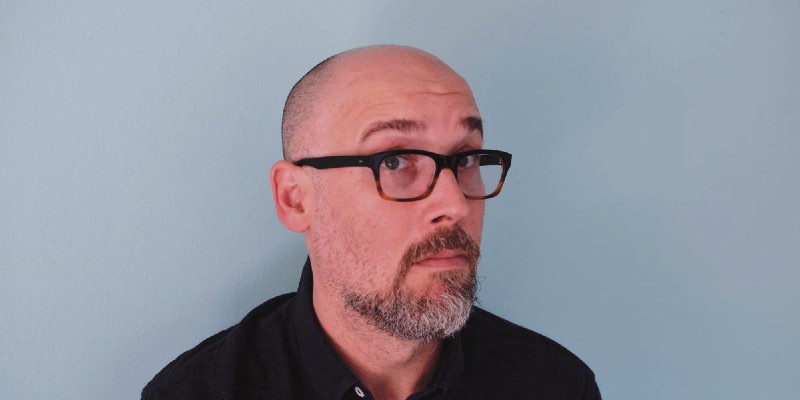 Comic readers love a good surprise—and they got one recently, as acclaimed writer Ed Brubaker unveiled his latest project. FRIDAY, a serialized “post-YA” comic book series finds him working with artists Marcos Martin and Muntsa Vicente. Brubaker and Martin have long, storied comic book resumes involving various characters from Captain America to Batman to Spider-Man, though of late both have defaulted to one specific creative partner: Brubaker with longtime CRIMINAL and FATALE artist Sean Phillips, and Martin with THE PRIVATE EYE and SAGA writer Brian K. Vaughan. 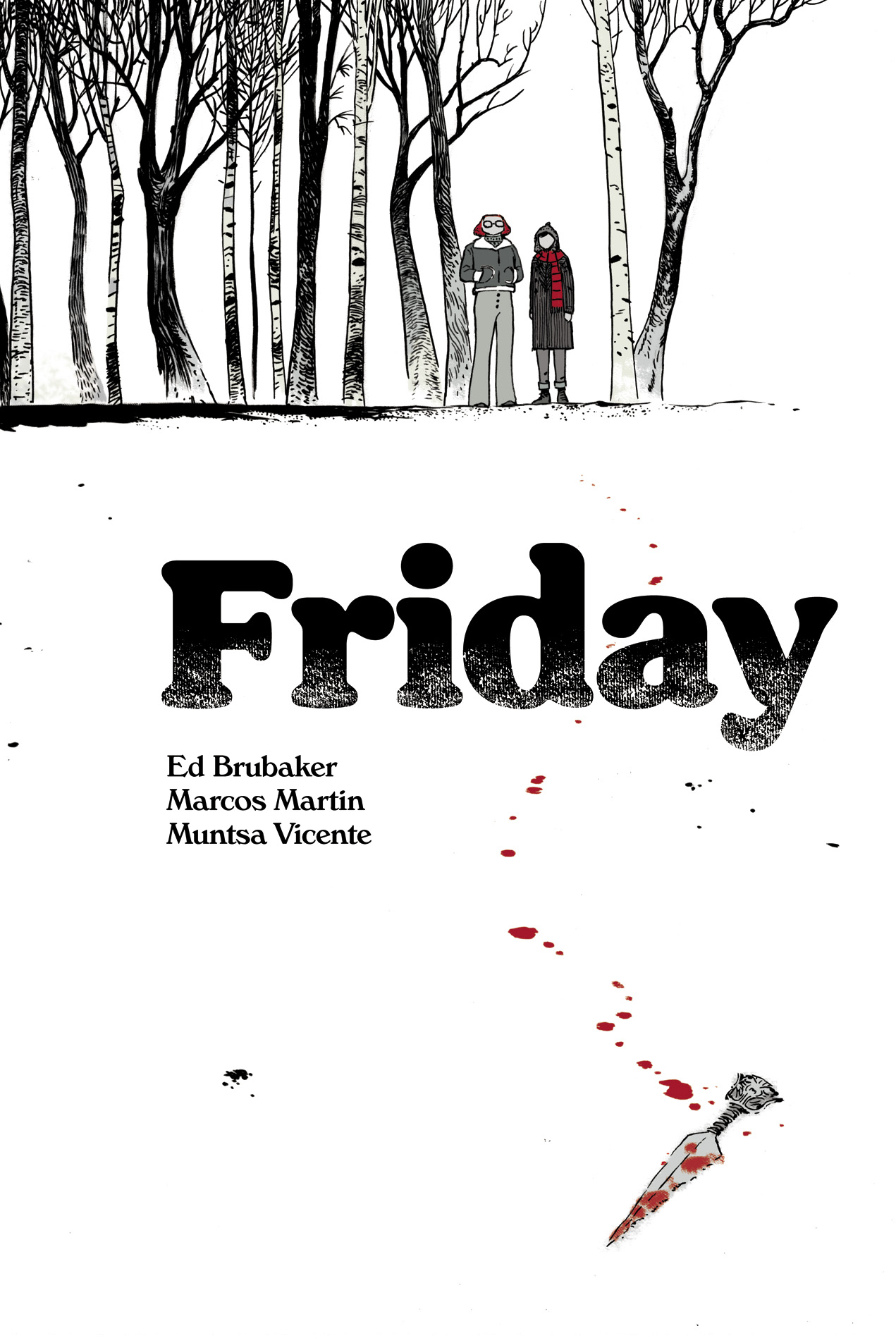 But it wasn’t just the creative pairing that got fans jazzed—the first issue of FRIDAY was also made immediately available digitally, via Vaughan and Martin’s own platform, Panel Syndicate. In a time where many comic shops are shuttered and distribution is at a standstill, the debut provided readers with an unexpected and welcome new comic to consume, and the response was resoundingly positive.

Like most of Brubaker’s seminal works, which include the aforementioned CRIMINAL and FATALE, as well as KILL OR BE KILLED and SLEEPER, FRIDAY has a strong noir element but also brings in some unexpected influences, including things like Lovecraft and Encyclopedia Brown. The story follows a teenager, formerly a rising-star detective before life overshadowed things. Once the book was announced, I touched base with Ed to talk about the genesis of the project, his inspiration, and what’s to come.

ALEX SEGURA: Ed, thanks for chatting. Can you let us know how FRIDAY came together?

ED BRUBAKER: It was the germ of an idea that was nagging at me for a long time, but I figured I was never going to get to it, honestly. Then Marcos emailed and asked if I’d want to write something for him for Panel Syndicate and within a couple minutes, all my ideas started falling into place. After like 20 years of thinking about it. I sent him back an email with the basic pitch, a girl who used to be the sidekick/partner/bodyguard to the smartest kid in the world, but who’s trying to move on with her life now. And they don’t just solve mysteries, they investigate occult stuff. I went on about the mood and tone a lot, and what he’d have to draw to tell the story and he was immediately excited about it.

It turned out he was looking to push himself out of his comfort zones as an artist and this was the perfect thing for him and Muntsa to jump into.

AS: It really shows, too. Now, these days most people are familiar with your work with Sean, so I think seeing Marco’s name caught some by surprise. But you’re not strangers to each other. Can you talk a little bit about your friendship with Marcos and how it evolved into working together on this?

EB: We’ve been friendly for a long time, but I always assumed Brian K Vaughan was the main writer he worked with, so even though I loved his comics I never imagined we’d do anything like this together. But once we started working, it was just a lot of email back and forth, with him sending me character sketches and studies of what the town of Kings Hill would look like. It was a lot of fun until the world fell apart right before our launch.

AS: I have to say, seeing the news was a huge breath of fresh air, though, so I guess we can just file it under “everything happens for a reason.”

I love that you describe the book as post-YA—what does that mean to you?

EB: I think I first used that phrase when I was describing my CRIMINAL book, The Last of the Innocent to a friend. That’s the one that’s sort of my dark take on what happened to the Archie gang —and Richie Rich—when they grew up, as you know. I did that book for my own reasons, because I was wallowing in nostalgia and sorrow after my dad died, and I used all that to write something very personal using these kids comics archetypes, and I never expected anyone but me to like that book. But then it turned out to be a big hit for us somehow.

AS: I do think it’s worth interjecting here to let you know that i have a copy of that book in my Archie office…(laughs)

EB: I think after that came out, I started noodling again on the idea for FRIDAY, but it isn’t so much a meta-take as that was. With FRIDAY I was always planning to play it more straight, to just create these kids and their world and then let them hit college and fall apart. 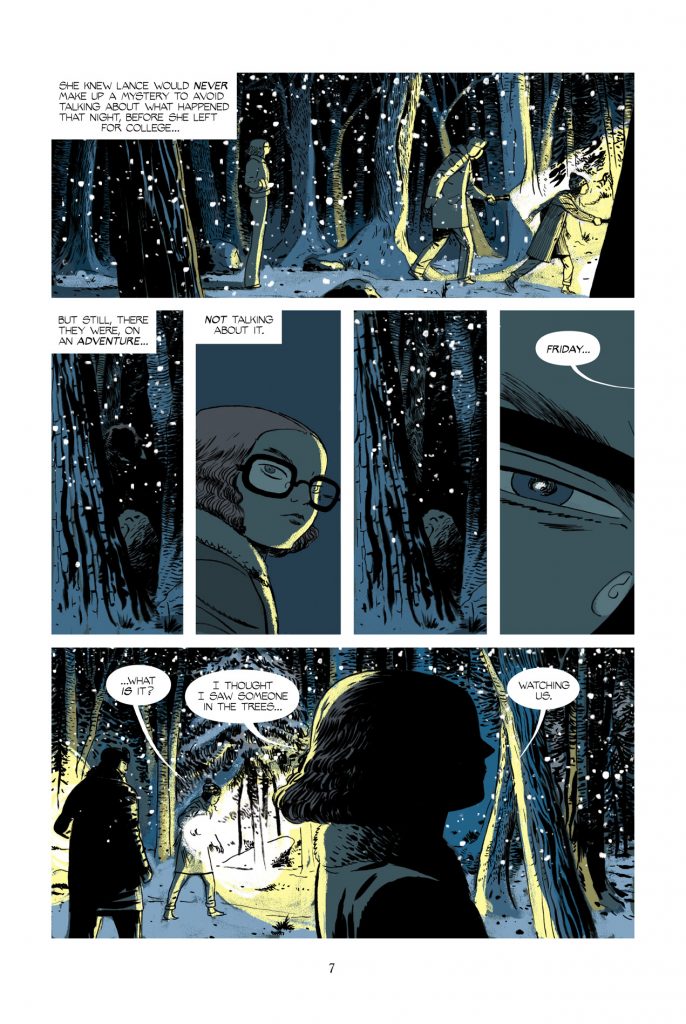 AS: In some of the press surrounding the book, you were very clear about what influenced you and Marcos. Can you talk about it a bit more? What are some of the inspirations that drove you to the book, and the protagonist, Friday?

EB: Partly it’s about getting older and looking back at my own youth more, I think. It made me want to write something sort of like YA, but sort of like a gritty crime story at the same time. Obviously Friday has the same last name as Louise Fitzhugh, who wrote Harriet the Spy, The Long Secret, and Nobody’s Family Is Going to Change, but that’s mostly just a nod to my own favorite YA writer.

But Friday and Lancelot Jones spring from the same well as so many teen detectives (at least until we get to know more about them) that to some degree everything from Encyclopedia Brown and Sally, to the Scooby Doo gang, to Sara Gran’s Claire DeWitt books (speaking of post-YA fiction) were inspirations. But all of that is buried deep in my subconscious, I hope. After I had their names and their histories figured out, Lance and Friday stepped far away from any of the various things that might have inspired them. Mostly I was trying to recreate a feeling, as much as anything. That’s why the book takes place in 1973, because I wanted to be able to imagine Friday and Lance on the shelves next to Judy Blume books and The Great Brain, as if they’d have made perfect sense back then… teen adventures hunting occult demons.

The interesting thing I’ve noticed from readers so far is how diverse their own references are. Everyone read different YA series growing up and they all see bits and pieces of their favorites in here, because so much of YA detective fiction hit similar notes. Like, I never read the Three Detectives for some reason but there’s a character called Jupiter Jones in it that a few people asked if Lance’s name was a nod to him – but it wasn’t – and some of these teen detective series that people have written in about, I’ve never even heard of. So that’s been fun. We’re reminding people of their own childhood reading joys.

AS: One thing that struck me as interesting, not just about the story, but the package, is how you chose to publish this book. These days, it’s not just about content, especially with comics. It’s about delivery. Can you briefly talk about Panel Syndicate and how it seemed like the best fit for this project, vs a traditional, say, Image release?

EB: That mostly came down to Marcos, because he and BKV invented Panel Syndicate a while back as a way to publish digital comics differently. It’s all pay-what-you-want and no DRM or anything. The idea being anyone can try it and decide if they want to pay or not, and how much, based on what they think a digital comic is worth. I was excited about the idea of serializing a graphic novel in chapters and then putting out a complete book at the end. Like the way Dickens serialized his novels, or Dumas.

I’m much more of a print person, personally, but the chance to reach readers all over the world in a week—like Marcos just told me we’ve been downloaded in nearly 100 countries already—was really exciting. It feels like a great way to build an audience for the eventual print edition. It also felt like a way to maybe change views on digital comics a bit, which are outrageously overpriced in the current system, to the point where it’s probably curtailed their growth a lot. 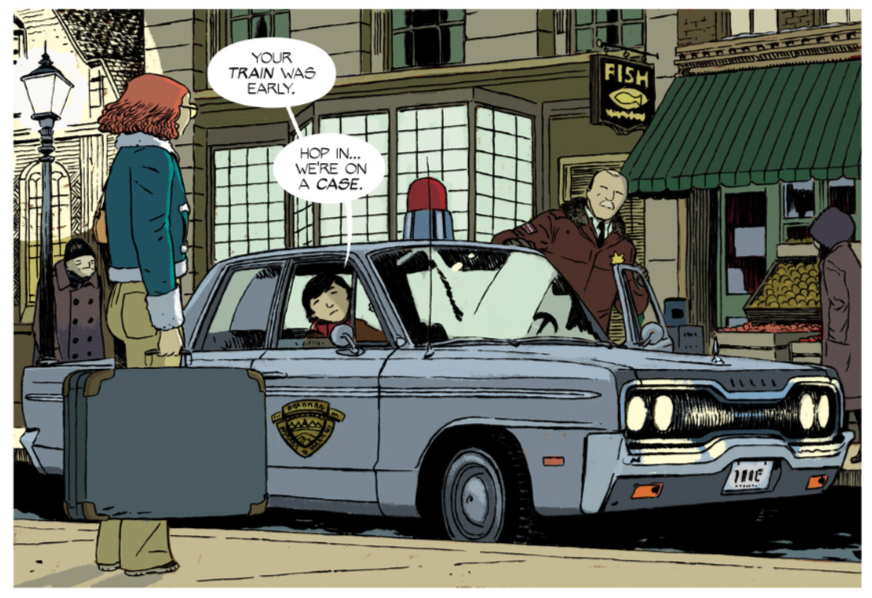 AS: That’s a great point, in terms of exposure. Zooming out a bit and looking at your entire body of work, how does FRIDAY differ from, say, something like CRIMINAL? How would you, I guess, elevator pitch it to your reader base?

EB: Oh shit, I’m terrible at that. I guess the main part that’s different from CRIMINAL is that FRIDAY is a horror story, or at least it’s a story that becomes a horror story. It’s about that passing from youth to adulthood, but seen through the eyes of a teen detective, where the world she grew up in is suddenly darker and deadlier and scarier than we (or she) expect it to be. It’s about coming home for Christmas that first year away, and how small your home town feels, and how all your friends seem stuck in the past and don’t see how you’ve changed, man, you like cooler music now and smoke, and you went to a punk show…

So I guess it’s not that different from CRIMINAL really. But it’s got magic and cult horror and ancient gods. Like CRIMINAL, though, I could write book after book with these characters already.

AS: You touched on this a bit, but can you talk about what the response has been like so far?

EB: Pretty amazing. Coming out at a time when the entire book store and comic store market is shutdown has been strange, since so much of the pop culture media is focused on fundraising to keep indie book stores and comic shops alive through this pandemic, but readers and press both really engaged with FRIDAY. There’s so little good comics news coming out right now, so I think a bunch of our readers were just really happy to have a new comic on New Comic Day last week, after a month of no new books.

But traffic to the site and downloads have been amazing so far, and a ton of readers have written in to share their own YA series memories. It’s been a great distraction from the real world for me and Marcos and Muntsa, and hopefully for our readers, too, for a little while. Personally, I could stare at Marcos and Muntsa’s pages for hours. 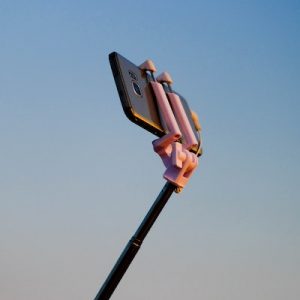 When my daughter was born, I discovered the world of online influencers—a phenomenon that I am proud to say had passed...
© LitHub
Back to top