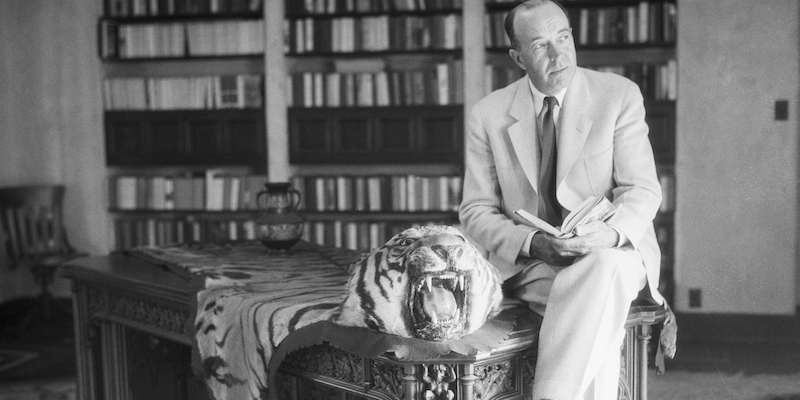 Edgar Rice Burroughs and the City of Los Angeles

Inside Burroughs' prescient novel of harassment and Hollywood.

The following is a short excerpt from Steph Cha’s full introduction to The Girl from Hollywood, by Edgar Rice Burroughs, reissued by LARB Classics in 2019.

Edgar Rice Burroughs is best known for his many adventure novels set in the jungles of Africa and the alien landscapes of Mars, but one could argue—if one were just a little bit of a smartass—that he left a bigger footprint on Los Angeles than any other writer. 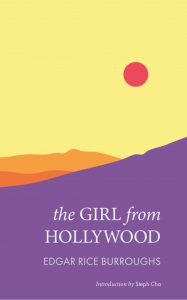 His books may not have aged quite as well as some of his contemporaries’, but Burroughs was enormously successful in his time. Born in Chicago to a Mayflower-white family, he was a wholesaler of pencil sharpeners before trying his hand at writing. He spent a lot of time reading pulp magazines and decided he “could write stories just as rotten.” He started his Barsoom series in 1912, and published Tarzan of the Apes in October of the same year. His Tarzan books became a big enough sensation that he moved to California in 1919, where he bought 550 acres of land, built a huge ranch house on the property, and called it Tarzana Ranch. Over the next several years, he subdivided and sold off the surrounding land for development, and in 1930, the residents of the new community chose to name their home Tarzana.

I didn’t know anything about Burroughs’s business or legacy when I started reading The Girl from Hollywood. Burroughs wrote only a handful of contemporary novels—all anyone wanted from him was sci-fi and Tarzan—so this one offers rare insight into his life in California and his relationship with Los Angeles.

The Girl from Hollywood paints a rather nasty picture of Hollywood and city life, which stand in opposition to “the country,” where most of the novel takes place. The fictional Ganado is a rural idyll:

It was the first day of early spring. The rains were over. The California hills were green and purple and gold. The new leaves lay softly fresh on the gaunt boughs of yesterday.

Ganado’s largest ranch is owned and occupied by the Pennington family. Their neighbors, the Evans family, live a half-mile away. The two families seem to be the only residents of Ganado, other than various employees and one new neighbor—a widow named Mrs. George Burke, whose daughter Shannon is the titular girl from Hollywood. The Penningtons and the Evanses are close and almost incestuously intertwined. The children grew up together and fell in love: Custer Pennington with Grace Evans, Eva Pennington with Guy Evans.

They spend their days doing wholesome things like riding horses at the crack of dawn and having dinner parties with their parents that end with chaste dancing. Burroughs doesn’t hide his admiration for their simple, pastoral way of life: “Unlike city dwellers, these people had never learned to conceal the lovelier emotions of their hearts behind a mask of assumed indifference.”

Their little world starts falling apart when Grace decides to move to Hollywood to seek stardom before settling down and marrying Custer:

I want to live a little, Custer, and then I’ll be ready to settle down. You all tell me that I am beautiful, and down, away down in the depth of my soul, I feel that I have talent. If I have, I ought to use the gifts God has given me.

She leaves to follow her dreams, upsetting the quiet happiness of Ganado. At first, her letters are frequent and hopeful, but as the weeks and months go on, she writes less and less, fading into her new life. She doesn’t visit, and the Penningtons and the other Evanses more or less lose track of her—it’s like she lives in a different world entirely.

There’s so much made of this country/city divide, I was shocked and delighted to learn that Ganado is in fact Tarzana. I pictured Ojai or Temecula or at least Malibu, but Tarzana is a relatively close-in suburb, less than half an hour from Hollywood unless traffic is heavy (which, I suppose, it often is). I thought maybe it took longer to get around in Burroughs’s time, but when he was selling his ranch in 1936, he placed an ad in Script magazine describing the property: “I want to sell it to somebody looking for a beautiful estate only 20 minutes drive from Hollywood.”

This craving for peaceful escape from the chaos and danger of city life is part of what created suburbia in the first place. Of course, another way to describe that drive is “white flight.” The Ganado of the Penningtons and the Evanses is an enclave of whiteness. There are Mexicans hiding in the hills, but they are criminals, bootleggers and murderers; the land is not for them. Where there are non-whites in this book, there is corruption, and it would be unduly generous—the text in no way demands it—to chalk this up to coincidence.

Burroughs was a product of his time, etc. etc., but The Girl from Hollywood does have plenty of resonance with ours—it is a novel about the sordidness of Hollywood, after all. When Grace makes her move to the big, bad L.A., she runs into obstacles we recognize:

If she could only have a chance! In the weeks of tramping from studio to studio she had learned much. For one thing, she had come to know the ruthlessness of a certain type of man that must and will someday be driven from the industry—that is, in fact, even now being driven out, though slowly, by the stress of public opinion and by the example of the men of finer character who are gradually making a higher code of ethics for the studios.

How optimistic, in retrospect, and how heartbreaking. Burroughs wrote those lines 30 years before Harvey Weinstein was even born, and almost a century before he and others like him were held to account for their decades of misconduct.

Burroughs’s outrage is strong and apparent. He recognizes the vulnerability of young naïve women trying to make it in Hollywood, and condemns the industry men who abuse their position and power. Unsurprisingly, though, his attitudes are far from feminist. He wants men to behave honorably and protect women: “It brought the tears to her eyes—tears of happiness, for every woman wants to feel that she belongs to some man—a father, a brother, or a husband—who loves her well enough to order her about for her own good,” and for women to maintain their sexual purity.

Burroughs has a lot of sympathy for Shannon, and that sympathy makes her a substantial protagonist, a flawed female character who is easy to root for—a bit of a feat for a pulp writer in the 1920s. He doesn’t judge her too harshly for her criminal activity, and he portrays her fight against addiction with real humanity: “Already she could feel her will weakening. It was the old, old story that she knew so well.” She has more depth and courage than any of the male characters, and she does more to protect Custer than even he, the noble, selfless hero, does to protect her.

The Girl from Hollywood has many of the trappings of a standard morality tale—heroes and villains, virtue and vice, astonishing levels of coincidence—but it has enough shadows and ambiguity to keep things interesting. There are moments in the book that seem to predict the coming age of hardboiled detective fiction. It is an entertaining, fascinating study of Los Angeles in the 1920s, a decade before Chandler tied the city’s identity to the tradition of noir and almost a century before the reckoning of #MeToo.

—Excerpted from Steph Cha’s full introduction to The Girl from Hollywood [LARB Classics, 2019].

American Dirt Is The Latest Shot Fired in the Genre Wars 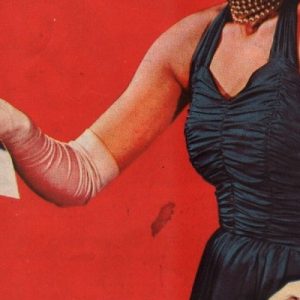 Not too many years ago, writers and editors thought that characters should be likeable. This often translated into characters...
© LitHub
Back to top