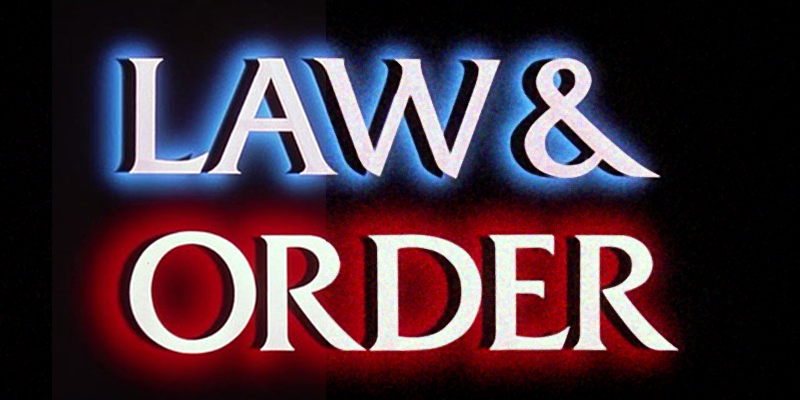 And other misadventures in TV writing...

Oddly, I was known in-house as writing the funny episodes of “Law & Order.” That show (the original “Law & Order”) was well-regarded and festooned with awards and praise, but it was definitely not considered a laugh riot. But I couldn’t help myself.

I became a TV writer after a career as a journalist and, while I had long been a fan of quality television, the crime shows I’d been watching all my life mostly fell into predictable patterns, heavy on car chases and gun fights. When I arrived at “Law & Order,” where I eventually wrote or co-wrote more than fifty episodes, I just wanted to do something… different. I’d always liked the humor that occasionally popped up in dramas, and my first experience writing for television had given me a chance to try that out myself. It was an assignment for a now long-forgotten show called “Hard Time on Planet Earth,” which concerned an alien from a distant planet who had been unfairly convicted of a crime by that planet’s tyrannical rulers. His sentence: to be exiled to Earth, where he assumed human form and was watched over by a robotic floating eyeball.

In most episodes our hero got into trouble on this (to him) unfamiliar plane. He fought bad guys, he righted wrongs, and he worked hard to clear his name. My story idea: put him on “The Dating Game.” The show bought it. (As a bonus, I had his guardian floating eyeball get into a fight with an oversized pepper grinder it mistook for a weapon.)

One of my next assignments was to write an episode of “Miami Vice,” which generally had its undercover cop heroes battling vicious drug lords. I happened to be aware of the not widely-known fact that the Miami airport, while it was a major venue for drug smuggling, also happens to host a major cattle importation facility. (As a journalist, I had flown into Miami from St. Croix with a plane full of cows.) So, in my episode’s opening scene (the “teaser”), I had Crockett and Tubbs tensely staking out a big drug deal at the airport—and suddenly getting caught in a cattle stampede.

Not long after, I went to work for “Law & Order,” which was itself unconventional. Unlike almost every other cop show, its cop heroes almost never fired their guns and, if they did, they were put on desk duty while the shooting was investigated, just like real cops are, instead of blithely going on to shoot more people after the next commercial. What they mostly did was go around talking to people, which is what real detectives really do. Nevertheless, the show had some patterns of its own. The opening sequence of every episode had its star detectives show up at a murder scene, examine the corpse, and perhaps make a wisecrack or two. In one of my early episodes, they show up as usual to view the deceased, whom they’ve been told is one “Mister Wickets.” The only problem: Mister Wickets is a dead horse, something the first responding officers failed to make clear. A little cop joke. Ha ha ha. The detectives were not amused. But I liked it.

(An interesting tidbit: when it came time to shoot the scene with the dead horse, there were three options. 1. Cast a live horse that could be relied upon to lie still. 2. Create a fake dead horse. 3. Call on one of the dead horse carters who are on any given day carting a dead horse somewhere in the New York City metropolitan area and ask him to bring his cargo by. I think the producers went with Number 2.)

Sometimes I went too far. After I turned in one first draft, Dick Wolf, the show’s creator and executive producer, came to my office to say that the script was fine. “But there’s a joke on every page. I’ve circled every one. This is not a sitcom. Cut half of them. Your choice.”

So I rolled merrily along. But my little comic/drama paradise did get some sobering slaps in the face from reality.

I was hired to rewrite the script for a TV movie called “Frogmen.” The star was O.J. Simpson. One scene that appeared in the original draft and remained in my rewrite had Simpson’s character mistaking his daughter for an intruder. Before realizing his mistake, he jumps on her, knocks her down, and holds a knife to her throat. Which eerily and horribly foreshadowed another incident involving Simpson and a knife not long after. (The finished “Frogmen” movie has been locked in a vault at Warner Brothers ever since and has never been shown to any audience.)

Back on “Law & Order,” I wrote an unfunny episode about a female criminal who, desperate to escape her enemies, murders her own twin sister so she can assume her identity. Six weeks after that episode aired, a woman in Irvine, California, attempted to murder her own twin sister for similar reasons. I have no idea if she’d watched my episode, and, even if she did, it’s doubtful it gave her the idea, but even so….

And then there was “The Agency.” This was a show about the CIA that I worked on during its two-year run on CBS. The pilot episode (which I didn’t write) was shot in the spring of 2001. It concerned a plot by a then little-known (to most Americans) terrorist group called al-Qaeda to attack Harrods department store in London. It was scheduled to air in late September, 2001. About two weeks after 9/11.

Of course that terrible event changed everything. And perhaps the most trivial consequence of that horror was the problem of what to do with “The Agency” pilot. It would have been ludicrous to air a story about al-Qaeda plotting to bomb a department store in late September, 2001. But it had cost four or five million dollars to make that episode and no one wanted to toss it into the garbage (or lock it into a vault with “Frogmen”). One executive had an idea. In the pilot, by chance, the name of the terrorist group was pronounced “the Gada,” since “al” is the Arabic word for “the” and the Arabic letter transliterated as “q” is also sometimes pronounced “g.” So our characters in the episode talked about “the Gada” planning to attack Harrods. What if, the executive proposed, we made a few minor edits so that, instead of the store facing an attack by a terrorist group called “the Gada,” it is instead threatened by a gangster named Carlos deGada?

In the end, that idea was rejected. An episode about a plot to assassinate Fidel Castro was substituted as the series premiere, and the Harrods episode aired a few months later, and it turned out that almost nobody noticed or cared.

Now, my latest project is a novel, Wealth Management, which (if I’m lucky) will be read by about one-half of one percent of the number of people who watched any one of my TV episodes (well, with the possible exception of “Hard Time on Planet Earth”). The book is in the thriller category, so it features terrorists, money laundering, a tense love triangle, several mysterious deaths—and, of course, some humor. 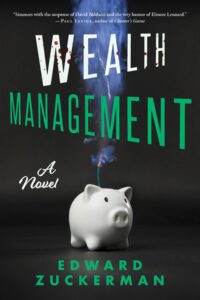 Edward Zuckerman began his career as a journalist, writing about zombies, killer bees, talking apes and other subjects for Rolling Stone, Spy, the New Yorker, Harper’s, Esquire, and many other magazines. He wrote two well-reviewed nonfiction books, The Day After World War III and Small Fortunes, and then moved into writing for television dramas, including “Law & Order” (50+ episodes), “Blue Bloods,” and “Law & Order: SVU.” He has won two Edgar Awards from the Mystery Writers of America and an Emmy for his work on “Law & Order.” He lives in Manhattan and Manhattan Beach, California. Wealth Management is his first novel. 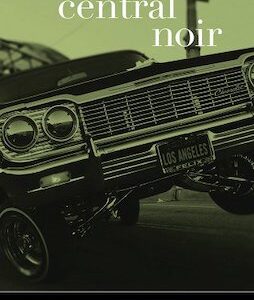 Martin Luther King Jr. Boulevard My school counselor said that I have to do this. She said she wouldn’t, ever, read...
© LitHub
Back to top