Eight True Crime Podcasts You Should Listen to This Fall

Quarantine summer may be cooling down into fall, but when it comes to true-crime podcasts, things are just heating up. Pop in your earbuds and strap in for a mix of brand-new shows and fresh seasons of returning favorites. 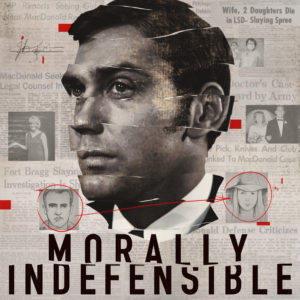 A young army doctor with movie-star good looks. His pregnant wife and two young daughters. A grisly murder (depending on whom you believe) committed by a quartet of acid-tripping hippies or the good doctor himself.

If the case at the center of this podcast sounds like it has all the makings of a true-crime TV show, that’s because it is one. In Morally Indefensible, a companion podcast to the new FX docuseries A Wilderness of Error, Marc Smerling (producer of The Jinx and Crimetown) not only unpacks the intricacies of this 50 year-old case but also dives deep into the rocky issue of journalistic ethics.

In the early morning hours of a rainy February day, military police officers were summoned to the Fort Bragg, NC home of Dr. Jeffrey MacDonald and his wife Collette, both 26 at the time. Ex-Green Beret MacDonald claimed that a group of “drug-crazed hippies” killed his wife and children in a gruesome, ritualistic act. Although MacDonald survived the alleged attack, he incurred a number of injuries, including a punctured lung. He described one of his attackers as a blonde woman wearing a floppy hat, a description that matches several eyewitness accounts of that night.

Physical evidence from the crime scene, however, did not line up MacDonald’s version of events, and less than three months later, the army doctor was charged with murder.

In the five decades that have passed since the brutal killings, MacDonald has spent time both in and out of jail for the crime.

The murky moral territory that Smerling’s Morally Indefensible treads is that of the relationship between journalist and subject—in this case, the fraught relationship between writer Joe McGinniss, whose 1983 true-crime bestseller Fatal Vision covers the case, and MacDonald himself. 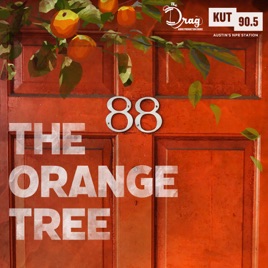 What happened behind door #88 of the Orange Tree Condos on a hot Texas night in the summer of 2005?

Don’t let the apartment complex’s cheery, citrus-inspired name fool you: the fifteen year-old mystery at the heart of Drag Audio’s new podcast is definitely not for the faint of heart.

The Orange Tree isn’t so much of a whodunit as a why done it. The players in this case are clear: three young Austinites (one of whom had just been hired by a law firm) with their whole lives seemingly ahead of them.

What isn’t at all clear? The motive behind this particularly brutal crime.

On the night of August 16, 2005, Jennifer Cave, 21, and Colton Pitonyak, 22, hit downtown Austin’s Sixth Street for a night of partying. The two were celebrating Cave’s new legal assistant gig, but one of them would not make it through the night alive.

Pitonyak, who is currently serving a 60-year sentence at a maximum-security prison, maintains he has no memory of killing Cave. According to his version of events, Pitonyak woke up the morning of August 17 to discover Cave’s deceased body in his bathtub. Panicking, Pitonyak phoned former girlfriend Hall. According to Pitonyak, it was Hall who decided the pair should dismember Cave’s body and flee to Mexico.

In The Orange Tree, hosts Tinu Thomas and Haley Butler (recent UT alums who began working on the podcast while studying at the university’s Moody College of Communications) dive into a perplexing case whose mystery continues to resonate even fifteen years later.

Why would Cave’s supposed friends murder her? What accounts for the particularly gruesome nature of the crime? And what was Hall’s involvement really? Listen to The Orange Tree to find out. 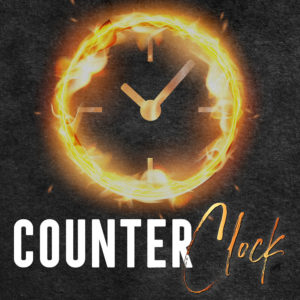 Audiochuck favorite Counterclock returns for a second season with a brand-new hometown case (this time in nearby Manteo, NC) and Delia D’Ambra’s signature journalistic tenacity.

Like Kill Devil Hills, where the last season of Counterclock took place, Manteo is a tiny, tight-knit community. Manteo is located on Roanoke Island, itself shrouded in long-standing historical mystery (the island was home to a late-sixteenth century “lost” English colony).

Exactly 300 years after the residents of the Roanoke Colony inexplicably vanished, 28 year-old waitress Stacey Stanton was discovered stabbed to death in her Manteo apartment. While Dare County officials deem Stanton’s case closed, there is strong evidence to suggest that the man who served time for her murder was not the real killer. In season 2 of Counterclock, D’Ambra reinvestigates a 30 year-old case in which racial bias more than likely led to an innocent man’s wrongful conviction. In combing through three decades’ worth of evidence, D’Ambra intends to find the true perpetrator of Stacey’s murder. 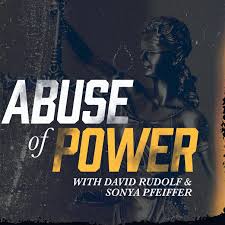 While we’re in Tar Heel State, why not pay a visit to David Rudolf? Yes, that David Rudolf (of Netflix’s The Staircase fame) has his own podcast, co-hosted with none other than his wife Sonya Pfeiffer, an award-winning journalist and skilled criminal defense attorney in her own right. In Abuse of Power, the powerhouse team of Rudolf and Pfeiffer tackle cases in which mismanagement of the justice system resulted in the wrongful conviction and imprisonment of innocent people.

In each episode of this ten-part series, Rudolf and Pfeiffer dive deep into a single case that exposes the deep-seated issues inherent within our criminal justice system, uncovering law enforcement misconduct like fabricated evidence and coerced confessions. Episodes feature exclusive interviews with key players in each case, such as defendants and their family members, lawyers, and expert witnesses. 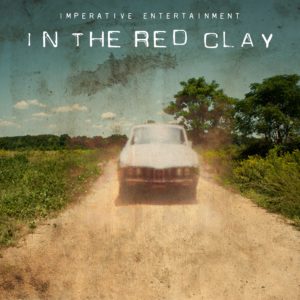 Thanks to his criminal exploits (rumored to include over 50 murders, countless bank robberies, and multiple arsons), Billy Sunday Birt has earned the nickname “The Deadliest Man in Georgia.” Imperative Entertainment’s new offering In the Red Clay pulls back the curtain on the infamous legend who played a key role in one of the South’s most notorious organized crime operations.

Host Sean Kipe originally visited Winder, Georgia, a small farm town about an hour northeast of Atlanta, to scout locations for an HBO series. Kipe’s visit wound up changing the course of his life, as he discovered a town awash in secrets, many of them centering around one man. Over the course of 12 episodes in which Kipe interviews those who knew Birt (including Birt’s own son), In the Red Clay paints a portrait of this fascinating contradiction of a man who was at deeply honor-bound (if only according to a moral compass of his own making) and a prolific, dangerous criminal. 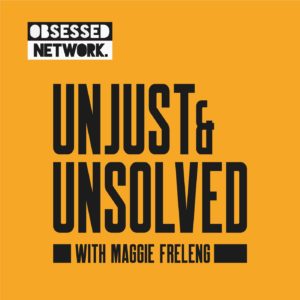 From the Obsessed Network (the minds behind True Crime Obsessed, Obsessed With: Disappeared, and Obsessed With: Abducted in Plain Sight) comes a new podcast tackling what is arguably the most pressing issue in true crime: wrongful convictions. According to exoneration-focused organization The Innocence Project, there are over 20,000 people currently incarcerated in US prisons for crimes they did not commit. In Unjust & Unsolved, journalist and producer Maggie Freleng (whom you might recognize from Oxygen’s The Disappearance of Maura Murray) examines such miscarriages of justice with a fine-toothed comb. In each episode, Freleng tells the story of a single wrongfully convicted person whose case remains unsolved, interviewing those convicted, their loved ones, and their lawyers to uncover the true story. 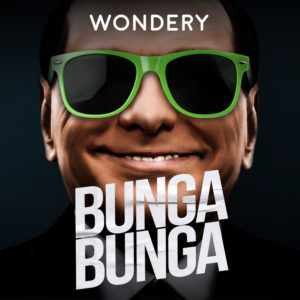 The set-up sounds eerily familiar: a wealthy, charismatic businessman jumpstarts his career in real estate thanks to a loan from his father, transitions to television, and incurs a remarkably controversial reputation along the way. When the real estate mogul-turned-TV personality announces his entry into the political arena, he’s treated as a joke—until he wins. If you’re imagining the current occupant of the White House, shift your view approximately 7,200 miles east of D.C. and zero in on Rome—former Italian prime minister Silvio Berlusconi to be exact. In Bunga Bunga, host and veteran comedian Whitney Cummings documents the misdeeds of one of Europe’s most powerful men—and the efforts of three brave women who worked to take him down. It’s true crime meets sex and politics (with a dose of tax fraud thrown in for good measure), all of which unfolds in a reality TV-like setting. 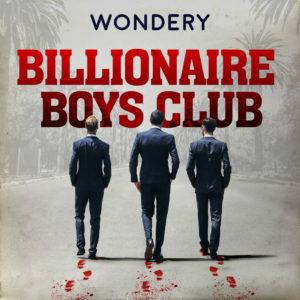 Welcome to 1980s L.A., where capitalism is king, greed is good, and a coterie of elite prep school graduates is circling in on world (or, at least West Coast) domination. They call themselves “The Billionaire Boys Club,” a social group-slash-investment firm whose members sport matching BMWs and tailored Armani suits at exclusive Hollywood hotspots.

Their ringleader is Joe Hunt, a 23 year-old USC dropout whose charisma and charm convinces would-be investors to funnel their millions in what turns out to be an elaborate Ponzi scheme.

When the house of cards funding the club’s extravagant lifestyle begins to crumble, the “Boys” turn to kidnapping and murder to keep the scam going. Co-hosted by Wondery veteran Tracy Pattin (Hollywood & Crime, The Dating Game Killer, and The Black Dahlia Serial Killers) and actor Timothy Olyphant (Justified and Once Upon in Hollywood), Billionaire Boys Club offers listeners a front-row seat to one of Tinseltown’s most infamous true-crime stories.

Let's Talk About Sex in Crime Fiction: A Roundtable Discussion 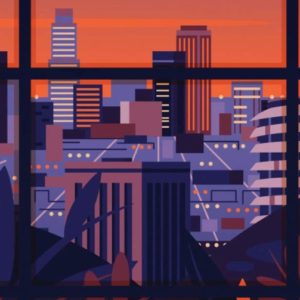 Another week, another batch of books for your TBR pile. Happy reading, folks. * Craig Johnson, Next to Last Stand (Viking) “Like...
© LitHub
Back to top