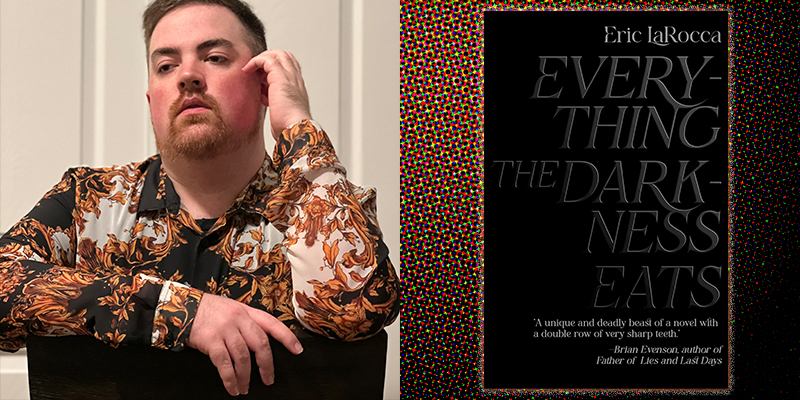 Read an interview with the author of Things Have Gotten Worse Since We Last Spoke, and see the gorgeous new cover of his upcoming book.

Eric LaRocca burst onto the scene with last year’s intense and playful novella, Things Have Gotten Worse Since We Last Spoke, and this year he’s back with a new full-length title, Everything the Darkness Eats, to be published in June of this year. Eric LaRocca was kind enough to choose CrimeReads for a cover reveal of his new book, and to answer a few questions about his approach towards horror writing.

I wholeheartedly agree. It’s so gratifying to see openly queer authors operating in the horror sphere with such fearlessness and conviction. Not only is it rewarding to see so much dynamic queer representation in genre fiction, but it’s heartening to see our work so well received by critics and peers. I’m in awe of authors like Gretchen Felker-Martin (Manhunt) and Hailey Piper (Queen of Teeth)—these are two bold, audacious women who are crafting essential modern queer fiction. It’s truly marvelous to witness. Of course, I believe horror has always been a decidedly queer genre; however, it’s so exciting to see visibly queer characters in these stories as opposed to merely coded figures. I suspect we’ll see more openly queer creators writing horror fiction in the coming years.

I suppose it was different in some ways and then in other ways it was very similar. I’m most comfortable when I’m writing short fiction or novella-length fiction. I was quite nervous to approach writing my very first novel and I distinctly recall putting it off for many years despite encouragement from friends. In order to make myself as comfortable as possible with the process, I tried to approach each chapter as if it were a short story. I would usually only write one chapter per day so that I wouldn’t overwhelm myself. I’ve now written three novels (at the time of this interview) and I definitely feel more confident in myself and my storytelling abilities to capture a reader’s attention for a longer work. I think that was the main reason why I was so apprehensive about approaching a novel-length work—I was so uncertain whether or not readers would be willing to stay with me for a 200+ page story. Now that I’ve worked more assiduously in longer form fiction, I feel fairly confident that readers will come along for the ride. I certainly hope they will! 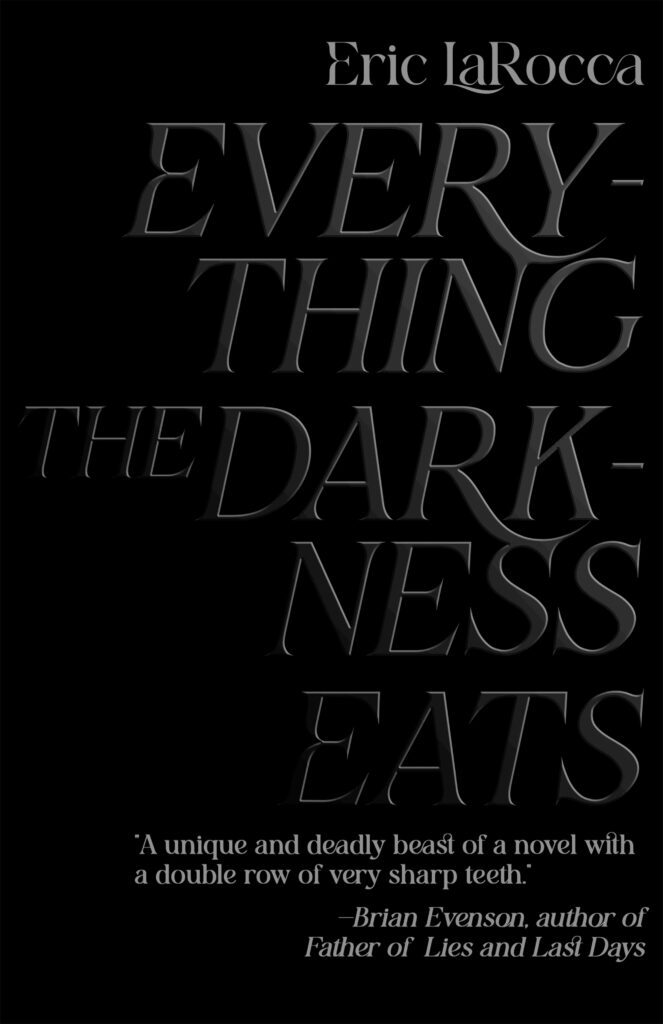 – Are you a pantser or a plotter?

I used to be very impulsive when it came to approaching any creative project. I didn’t like to outline too much as I thought it would limit my creative freedom. I’m the total opposite now. I cannot work on a piece unless I’ve properly outlined it. I find myself filled with less self-doubt whenever I’ve outlined. Of course, I’ll remain open to any sudden impulses that might occur when I’m drafting a project; however, for the most part, I enjoy working from an outline and I feel as though it’s strengthened my story and character development.

– Can we distinguish between trends in horror fiction from those in horror cinema? Should we even bother?

I certainly think horror fiction and horror films can inform one another on occasion and consequently create a fascinating dialogue about the state of the genre; however, I don’t necessarily think it’s important to follow trends in either field. Trends are so fickle and almost impossible to capture. I think writers need to write what’s in their heart and, more importantly, write what interests them.

– So, Things Have Gotten Worse Since We Last Spoke really blew up last year! What was it like going viral? What was it, do you think, in the story that so many people tapped into?

Oh, my goodness. It was a surreal and equally frightening experience. Truthfully, I never expected that particular book would take off the way it did. I remember writing the first draft of that novella at my parents’ home in New Hampshire and being so smitten with the concept; however, I knew that it was a very niche type of story that would probably only appeal to a certain audience. So, you can certainly imagine my surprise when the book exploded on social media the way it did. Of course, I was delighted that so many readers were discovering the book and that the novella was resonating so powerfully with them. However, the enormous success of Things Have Gotten Worse… opened me up to so much scrutiny. I was not prepared for the backlash that I faced for writing that book. I think the scariest part of going viral was that so many strangers suddenly have access to you—they can say whatever they want to you (no matter how cruel, no matter how unhinged). You become a target in a lot of ways. I suppose I should have expected that, though. Authors willingly put themselves in the limelight and open themselves up to all types of criticisms. However, I certainly don’t want to make it seem like it was an awful experience. Because it wasn’t. It was strange and wonderful at the same time. I met so many fascinating and talented people because of that book. So many doors opened for me on a professional level and I’m eternally grateful. As for the reason why the book resonated with so many readers, I’m still uncertain. I think it was the perfect storm—a striking cover, a compelling title, a disturbing story, etc. I think all those elements combined to create something truly unique and unsettling.

– Who are some of your favorite up and coming horror writers?

There are so many writers I would love to shout out, but I’ll limit myself to three. I’m especially interested in Alison Rumfitt’s work. I recently finished reading an ARC of her upcoming Tor Nightfire novel, Brainwyrms, and it is one of the most visceral and upsetting books I’ve ever read. I’m also a great admirer of the work of Joe Koch. His collection, Convulsive, is an exceptional assemblage of the visceral, the surreal, and the depraved. I was fortunate enough to write the introduction for that book. Finally, I’m very fond of the work of David Demchuk. His novels (The Bone Mother, Red X) are some of the most well written, captivating, and disturbing horror fiction I’ve ever read. Of course, it’s no surprise to anyone that all these writers are LGBTQ+. The future of horror fiction is queer.

The Most Anticipated Crime Fiction of 2023 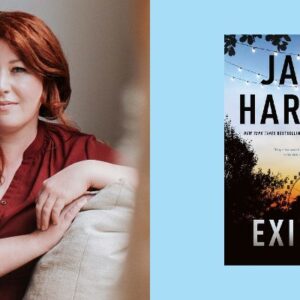 Much like her novels, Jane Harper is a force of nature.  A former newspaper reporter, Harper’s big break came after...
© LitHub
Back to top