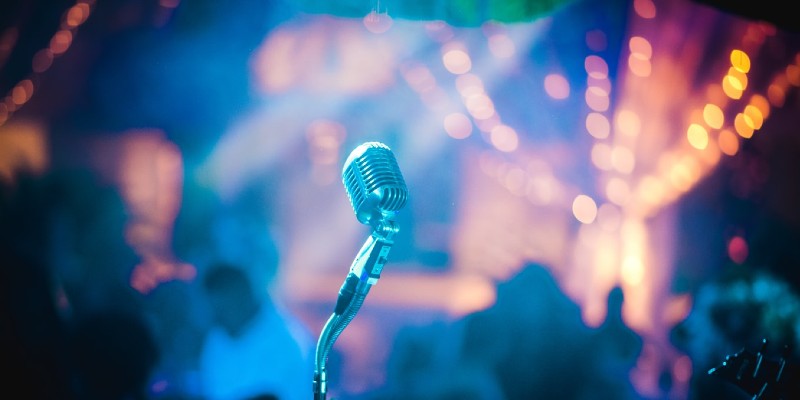 Erica Ferencik on the unsurpassable terror of telling jokes

Bios can be tricky. As a writer of literary thrillers, I wrestle with whether or not to mention my decade of standup and sketch comedy, those ten years I abandoned writing longform (anything) for the fun, heartbreak, and terror of standing on stage and telling jokes. Publicists tell me this part of my past makes me interesting; my instincts tell me it makes me confusing.

It certainly makes me ponder, What does comedy have to do with writing heart-pounding thrillers?

To bring the reader a deep sense of place—the smells, sounds, sights, feels of where a novel is set—I’ve had to deal with a lot of fear. For The River at Night, I ventured—mace handy—deep into the remote forests of the Allagash Territory in northern Maine to interview off-the-gridders. Mostly lone men. For Into the Jungle, I embedded myself for a month in the jungles of Peru. Snakes, dinner plate-sided spiders, plants that can kill you. For my upcoming novel Girl in Ice, I kayaked the desolate, iceberg-packed fjords of Greenland. Any one of these dozens of ten-story bergs could have split at any time, sinking me and my fellow adventurers.

Humor has a place in nearly all fiction. In fact, prose feels weirdly dead without at least touches of it. If a novelist is trying to achieve a feeling of reality in the world of her story, humor should be there, somewhere. A bitter or self-flagellating protagonist, a situation that seems absurd on the surface but boils with dread beneath.

The fair question now would be: but what does humor have to do with dread? Thrillers rely on the buildup and release of tension. Comedy and fear share this emotional buildup: a laugh releases stress just as a scare does. Both rely on set up and expectation, then subvert it for laughs or chills.

They say that comedy is the angry art. And it’s true. As long as you’re funny, you get to go up there and rail against what you perceive as unfair, wrong, absurd, and so on. There is a lot of darkness in comedy. In fact, I dare you to tell me an actually funny grownup joke without a dark, or tragic, or sad kernel. Jokes about happy things aren’t funny. This is one reason people love comedy: someone, up there onstage, is calling out things that have bothered them or pissed them off for decades, but didn’t know how to articulate it.

When I was doing stand-up or sketch comedy, I was a frustrated writer with several terrible novels in my drawer, but with a hunger to be seen and heard. Getting up on stage and letting it rip was instant publication: immediate feedback. It taught me to think on my feet. It taught me discipline: you had to come up with new jokes all the time.

Comedy demands keen powers of observation. If I’m not paying attention, taking notes about what I see, hear, feel, then take the second step and ask myself, why is this funny, how can I come up with material? Never mind asking myself how can I process this through the lens of who I am as a comic? But the first step is always: observe.

Which is also a crucial skill for a novelist.

Bravery is a muscle we all exercise every day, especially these days, but doing stand-up was where I blew through my fear, night after night, for years. Perhaps it’s obvious to most people, but it took me a while to grok that comedy isn’t one-way— you’re not just dumping jokes on people—it’s a conversation with the audience. I learned that delivering a punchline is followed by an absolutely harrowing moment.

During this terrifying slice of time, you either live, or—in the parlance of comedy—you die. The impulse is to keep on talking, which only telegraphs your fear of your audience’s reaction. You must suffer their laughter or silence equally, because if you don’t, you’re telling them two things: I’m not confident I’m funny and, worse: I don’t care if you think I’m funny, I’m just going to firehose jokes at you. You must give your audience a chance to react. If you don’t, they will sense your fear and eat you alive.

So many people ask me these days: Weren’t you frightened, kayaking between massive icebergs, knowing if they calved, waves could hurl you into thirty-degree water? What about the giant anacondas coiled in the trees over your canoe as you threaded through the floating forest by moonlight? I would say that for all those scenarios you can lower your risk: you can find a great guide, wear the right gear, pack a machete of your own. But try standing in front of five hundred people waiting for them to laugh at a joke that seemed hilarious in the shower that morning. That has to be the scariest journey of all.

So I keep my comedy past in the bio, because, why not? Laughter and jump scares, like sex and death, are strange sisters hiding in plain sight in the human psyche. 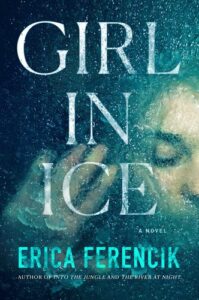 Erica Ferencik is a graduate of the MFA program in Creative Writing at Boston University. Her work has appeared in Salon and The Boston Globe, as well as on National Public Radio. To research The River at Night, Into the Jungle, and her upcoming thriller GIRL IN ICE, which Scout Press, an imprint of Simon & Schuster, will publish in March 2022, she ventured deep into the remote forests of the Allagash Territory in northern Maine, rafted the Amazon River in the jungles of Peru, and explored the desolate iceberg-packed fjords of Greenland.
http://EricaFerencik.com 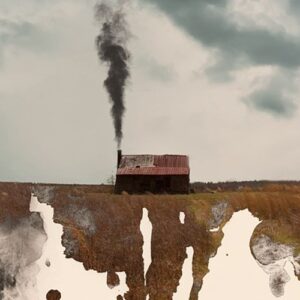 Another week, another batch of books for your TBR pile. Happy reading, folks. * Rosie Walsh, The Love...
© LitHub
Back to top