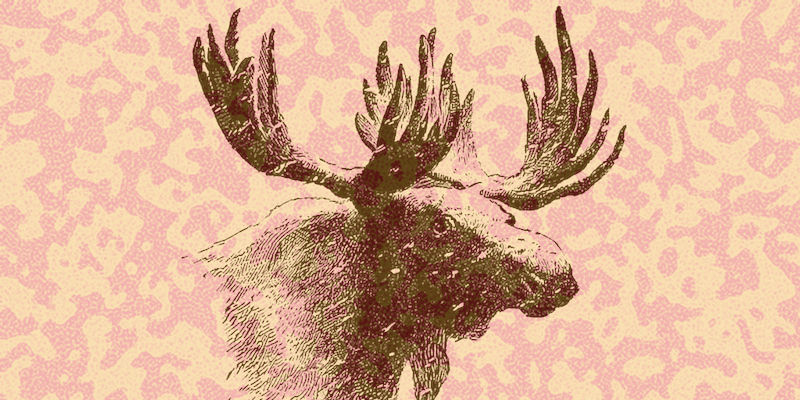 Gerd Morgen wanted out from East Germany—so he hatched an ingenious plan to stow away with a moose on its way to the West.

Because the Tierpark was the central reloading point for all animal transports between East and West, nearly every day at least one shipping crate passed through—giving Gerd Morgen, who was in charge of the quarantine station, an enticing opportunity. Ever since the twenty-year-old had seen a movie about the zoo in Winnipeg, Canada, he’d fantasized about going there one day. His plan was to hide in one of the shipping crates and send himself to the West. The trouble was that only bears were shipped, and it was best not to stow away in a crate with a bear.

“If only a different animal were to come through,” Morgen thought, “I’d give it a try.” 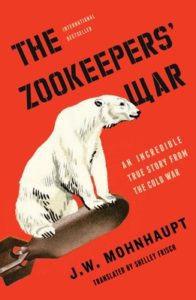 In the fall of 1961, when a young female moose arrived from Russia on its way to a northern German zoo, Morgen saw his chance to flee. But the moose turned up in a filthy wooden crate that could be seen into from all sides. “We can’t send that animal to the Federal Republic this way,” he chided the zoo’s carpenter and asked him to build a closed wooden crate. Only a narrow slit at the top of the front flap would stay open.

His colleagues wondered why he’d choose such a spacious crate for a moose until the day before the animal was to be shipped, when Morgen let them in on his plan. “When the train stops at the station nearest the Berlin Zoo,” he explained, “I’ll get out and go to my mother’s, and I’ll stay there.” The others didn’t ask many questions—even Matern. If he were to get an opportunity like this, he knew he’d seize it too.

Morgen’s plan was to hold off on getting in with the moose until the crate arrived at the East Berlin railway station. There was only one problem: the customs office monitored the train platforms from a glass booth over the tracks. But his fellow zookeepers offered a solution: they knew of a blind spot that would block the customs officials’ view. On the evening of October 26, they brought the shipping crate to the station and positioned it so that Morgen could get in unnoticed. He’d already used a bolt cutter to shorten the nails that held the front flap shut so that he’d be able to open it up from the inside. His colleagues made a show of hammering the too-short nails into the wood. Then they brought the crate to the front of the platform and heaved it into the first car. The train started up and headed west. Inside it was dark and stuffy. Morgen settled in and covered himself with some hay, feeling the moose’s warm breath on his face. He’d designed the crate to be long enough for both of them, but narrow enough to prevent the moose from turning around and kicking him. Luckily, the moose was used to spending days in cramped crates after her long trip from the Soviet Union. Shortly after the train departed, she lay down and paid no more attention to Morgen, as though his presence were the most natural thing in the world.

The trouble was that only bears were shipped, and it was best not to stow away in a crate with a bear.

After traveling a few minutes, the train screeched to a halt. Friedrichstrasse Station: the border crossing. From a distance, Morgen heard the clomping of boots, which had to belong to the transit police, the trapos. The boots came closer. Through the wooden wall, he heard the muffled sounds of the railroad car door being opened wide and several men talking loudly as they approached. The trapos stopped in front of the moose crate; one peered through the slit at the top. This was the reason Morgen had had it installed, or else the policeman might have tried to peer through a crack in the side panels. Through the slit in the front, the officer couldn’t see the stowaway, who was lying in a blind spot right below. In the semidarkness the policeman saw only the animal’s long ears.

“Get up, you old donkey!” he growled at the animal.

Morgen had to bite his lower lip so as not to burst out laughing. Luckily, the officials went on to the next car and soon the train continued on its way into West Berlin. Morgen felt sweat streaming over his face. The moose stayed calm.

When the train arrived at Zoo Station, Morgen waited until all the West German passengers had gotten in and their suitcases were in place before standing up, pushing aside the front flap, and climbing out with great difficulty. Only then did he realize that his legs had fallen asleep. He closed up the crate and looked for a way to get onto the platform, but the nearest door to the railway car was locked. Morgen tried again—no luck. He ran down the corridor, found an open side door, and voilà: he was outside.

“This heat!” Morgen thought, peeling off his leather jacket. He was still wearing his dark green Tierpark uniform underneath.

The tracks directly behind the station were laid out in a wide curve, so the concourse was slightly off-kilter, making it impossible to get a view of the whole platform. No one saw Morgen get out of the first car, not even the trapos who were suddenly coming toward him. West Berlin’s train stations were run by the East German railway system, and trains were checked for refugees. Morgen knew that, but still, he hadn’t anticipated so many trapos. He counted about twenty of them, along with eight West German policemen, standing every few feet along the platform.

During the whole trip he hadn’t been afraid, and he wasn’t now either; he was thinking about what he had to do. “If anyone stops me, I’ll jump down into the track bed and run across,” he thought as he walked past the first trapo, then past the second and the third. Morgen had the feeling they were scrutinizing him skeptically, but no one asked him to stop or show his papers. Maybe the Berlin bear on his uniform’s chest and sleeves made them think he was a railway worker. He passed by the two last trapos and a train conductor, who looked equally fierce, and arrived at the staircase that led down to the entrance hall.

He’d have to change money somewhere so he could buy a ticket to Kreuzberg, where his mother lived. “Won’t she be surprised,” he thought.

But it was already after ten at night. The currency exchange offices had closed hours earlier. Having no better idea in mind, he went to the travelers aid desk where, fortunately, one of the railway employees gave him twenty pfennigs.

“Why are there so many police upstairs?” Morgen asked him. “Someone escaped,” came the reply. 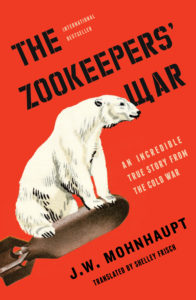 THE ZOOKEEPERS’ WAR: An Incredible True Story from the Cold War by J.W. Mohnhaupt and Shelley Frisch. Copyright © 2017 by Carl Hanser Verlag München. Reprinted by permission of Simon & Schuster, Inc.

Jan Mohnhaupt has written for many of Germany’s leading newspapers and magazines. The Zookeepers’ War is his first book to be translated into English. He lives in Munich, where he’s happy to be close to one of his favorite zoos. 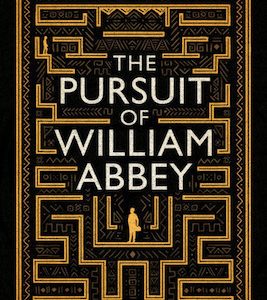