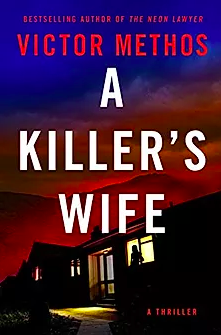 The following is an exclusive excerpt from A Killer’s Wife, by Victor Methos. Attorney Jessica Yardley lives with enough pain knowing that her ex-husband is a murderer. But when a copycat killer emerges, Jessica knows that the the very person who can help her catch him, is the one person who can hurt her the most.

Jordan Russo swung the passenger door open and leapt from the mov­ing car.

The first thing she felt was the hot sting of asphalt against her bare legs. It scraped the skin off her knees and thighs, pain flooding her body as though she had been set on fire.

She would’ve screamed, but the road had knocked the breath out of her. She tasted blood pooling in her mouth and tongued the jagged edges where teeth had broken with the impact.

When she tried to sit up, a blinding agony, like being stabbed with knives all over her body, made her wonder if she’d fractured ribs. But she forced herself to sit up anyway, wincing from the pain.

She looked around. This far into the Nevada desert, there was noth­ing but clear blue sky, red rocks, sand dunes, and cacti for miles.

A screeching noise from in front of her. The car had slammed on its brakes.

“No,” she muttered, nearly sobbing.

She pushed herself to her feet, and instantly her right leg gave way. She braced herself against the pain, stood again, and hobbled toward the large rock formation across the nearest sand dune.

Jordan looked behind her as the driver got out of the car.

She forced herself to run, stumbling twice. She was crying now, thinking of her mother. If she died here, her mother would be com­pletely alone in that big house and would never find out what had happened to her.

Her leg gave out again just as she reached a boulder near the forma­tion, and she collapsed against it, using it for balance as she scrambled behind it. There was a small nook between the rocks—the opening wasn’t large, but maybe it was enough . . .

She got down on all fours and forced her body through the small opening, the boulders scraping her skin and squeezing her injured ribs. The pain was so overwhelming she had to cover her mouth to stifle a scream.

The nook was the size of a closet. She wedged herself against the rocks and looked up. A narrow space between the boulders let in a stream of sunlight. Her hands trembled as she reached into her pocket and took out her cell phone. The screen was shattered, but it was on.

No bars were showing. She dialed 911, and it wouldn’t go through. Every bit of strength left her with the silence on the other end of the phone.

Footsteps crunched on the sand outside.

She gasped and covered her mouth, her eyes wet with tears as urine soaked through her shorts and dripped down her torn and bleeding legs. A hand lunged through the opening and grabbed her ankle.

“No! Help me! Please, somebody help me!”

She felt a violent tug that nearly ripped her leg from the hip socket. Her fingers clawed at the ground, grasping nothing but loose sand. With one powerful yank, she was pulled out into the hot sun, screaming as the shadow fell over her.

It's the Right Time to Read Crime Novels 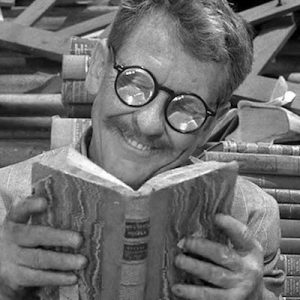 It's the Right Time to Read Crime Novels A few weeks ago, after having a stressful week, I came home Friday evening with the knowledge that I would not spend the weekend...
© LitHub
Back to top