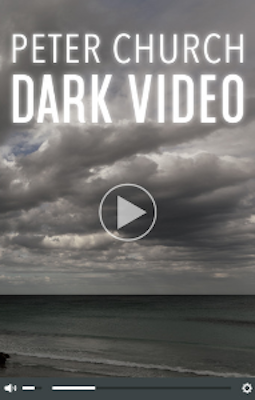 The following is an exclusive excerpt from Dark Video, by Peter Church. Set in South Africa at the start of the 21st century, "Dark Video" tells the story of Alistair Morgan, a promising, handsome young law student who is drawn into the darkest, most exploitative and depraved areas of the new digital world.

The computer boffin battled bugs in the code; coffee mugs littered his desk, the ashtray overflowed with cigarette butts.

Four a.m. on a Sunday in Seattle, any twenty-five-year-old in his right mind would have been in bed with a throbbing head. Or, even better, still working on the headache.

But the Watchit help desk had called him at three o’clock the previous day—in the middle of a gaming session—to report that the new code, laid down on Friday, released Saturday morning, was crashing. It was his change. Luckily they’d phoned him directly. If he could solve it quickly no one else need know.

He’d tried a remote fix, logging in from his laptop and busting through a fortress of security and firewalls. But the noise from his pals’ computer warring, and the unseasonable heat, and the tiny issue of the glitch that just wouldn’t show itself, set him on the one hour drive to headquarters in Redmond.

In the humming sanity of an airconditioned computer room, he isolated the problem. But it didn’t make sense.

The changes he’d made the week before were gone. It seemed as if someone had rolled back the software to an earlier version, one that excluded the latest security fixes.

So there he sat, surrounded by monitors and coffee cups, trying to work out how the hell quality control had overwritten his code and allowed some fucking hacker to deface the Help screen with a recipe for making Molotov cocktails. Not the kind you drink.

If he didn’t solve the problem before escalation, his next few weeks would be snowed with post mortems, paper forests of reports, and flesh on flesh sessions with the supervisor. Ever since Watchit had started taking off, with volumes nearing five million downloads a day, they’d been flooded with creeps talking security and controls. The good old days in the back of the garage were a dream compared to this. Thank Christ he didn’t work for YouTube.

The fix he’d created patched up the vulnerability, but he couldn’t be sure something else hadn’t been inserted. It was like looking for a flea on a camel’s back. Better to bury it, no harm done, and avoid the scrutiny of the company’s security officer. Wouldn’t want them finding out about all his backdoor entries.

The screen monitoring incoming submissions beeped. He wheeled his chair across to the large screen that monitored incoming videos: 1,775 new postings since last release on Saturday evening. The censorship guys would be in at eight tomorrow to publish the new submissions. Everything had to be checked. The buzz words were “subversive” and “offensive.” The video of the two women eating shit out of a cup had changed the game forever.

He rolled the cursor down the screen, curious as to the identity of the four a.m. sender, a fellow sufferer, beholden to the night.

He rolled the cursor down the screen, curious as to the identity of the four a.m. sender, a fellow sufferer, beholden to the night. Or perhaps he was attached to his screen in the middle of the day on the other side of the world…

And that’s when he saw it. A little black box that danced across the screen so quickly that he nearly missed it. If he’d blinked, he might have missed the flashing title: Dark Video. And when he looked for the new submission, it was gone. He shook his head to restart his brain.

“I must be imagining things.”

The whirring of the machines and the air conditioning seemed to intensify. He felt as though he was aboard a giant spaceship.

“Coffee, I need coffee!” he said, as he dragged himself off to the kitchen.

Not far from Redmond—less than a shimmy to the left with a Google Earth cursor—Carlos De Palma, not his real name, was also awake, in his five million dollar Yarrow Point mansion.

He sat in his blue and white pajamas in front of a widescreen terminal, tapping his toes and waiting to confirm that the new Trojan Horse planted on www.watchit.com was operational. Ever since the Feds had shut down his Dark Video site, he’d been looking for an alternate input channel.

Watchit was vulnerable, ballistic growth in volumes, too many youngsters battling with complex security features; his hackers hadn’t raised a sweat. After the OK had come from Redmond on Saturday morning, he’d emailed his agents to confirm the news: Dark Video was back in business.

Carlos caressed the keyboard with manicured fingers. He couldn’t wait to see the videos bubbling under; it had been more than a month since his last channel was closed.

His screen flashed as the first submission appeared before him. “Nigeria stoning” read the title. He’d been expecting it. The grainy video came to light on his screen in jerky motions.

A furious crowd on the rampage, the backs of their heads bobbing, fists raised, violent movements; then a young woman stripped to her underwear, lying prone in the dirt, arms at her head, legs kicking in desperation, rocks and stones bouncing off her body. A full twenty minutes passes, the camera shaking, panning to wild faces and angry gestures, then back to the girl, more and more battered, before she eventually lies unmoving in the dirt, a collection of rocks and cement blocks surrounding her crumpled body.

Not bad. Too long, he’d have to edit it down—but not bad. Streets ahead of the low quality cellphone footage of the Kurdish stoning that had done the rounds some time back.

A noise startled him and he quickly muted the sound. No way his wife would be awake; she’d been up with the baby until midnight. He rubbed his face as he listened. Stubble already; he shaved twice a day but the growth was relentless. He could almost hear the hair growing on his body.

Nothing. Perhaps his senses were playing tricks on him again.

Carlos restarted the video and watched it frame by frame, cutting and pasting squares from the image and then magnifying them in a separate window.

It was real, he was sure. He’d already received the newspaper story and confirmation from the source. After ten years in the business, he had a feel for authenticity. But he’d double check tomorrow, let the tech boys inspect it.

He scanned his email box: sixteen out of seventeen agents replied and confirmed. All except Cape Town. He frowned and texted a reminder.

It had taken a decade to build up the list of agents. Quality, not quantity. The Cape Town connection was one of his more recent acquisitions. Nothing marketable yet, but they’d shown promise; their next submission would hopefully make the grade.

He shook his head thinking about the shit floating about: bland reality bloating the bandwidth, poorly filmed, missing the point. Show the fear! It’s what his clients demanded. And it’s what he gave them.

Carlos kicked back his chair and stretched, looking through the window of his study into the black night. He couldn’t see it, but he knew it    was out there, a lush, verdant green lawn that sloped downwards, lined by rows of tall pines placed like sentries along the perimeter, to the water, and views of Carillon Point and Lake Washington. His wife loved Yarrow Point; a few hundred houses, a cultured social mix of well-to-do families. Tomorrow he’d walk the preserve, socialize with the old money, and cough up a generous donation. Hopefully, this one would secure him membership to the Yacht Club. When the neighbors asked, he told them he’d made his money in the dotcom boom. Not entirely untruthful. Even his wife believed it. And as long as she was happy…

He watched the Nigerian frenzy again, freezing on an image of the anguished woman, her face etched with the expression of a sacrificed animal.

“They’re going to love this,” he said out loud.

Carlos didn’t keep a physical list of clients. Everything was committed to memory. He mentally scanned for possible clients, the keywords “snuff” and “violence.” Then he would need to get phone numbers, locations and time zones.

The man in the black polo neck received a text message on his cellphone. He glanced at the screen, frowned, considered the time zone. “You must relax,” said the man opposite, behind a large yellowwood desk. He sat slightly side on, adjusting his glasses and looking down at a yellow manila file in his lap.

“I am relaxed, Dr. Adams,” came the reply. The man sat erect in the chair, his hands clasped together in his lap. “Let’s get on with it.”

The psychiatrist looked up at his patient. “How long have you been in therapy?”

“I see.” Dr. Adams skimmed over the file, then looked up and stared carefully at the man in the polo neck. “You’ve changed therapists many times.”

“Once a year. They ask the same questions. It gets boring. A change of scenery is pleasant.” He smiled politely. The only window in the room looked straight onto the brick wall of an adjacent building.

“Do you still think about what happened?”

Dr. Adams turned a page in the file, examining several photographs attached with paper clips to the cardboard. They showed a nude boy, his dark hair wet and matted, his body covered with welts and burns. He’d studied them closely. This patient wasn’t his run of the mill Prozac mom.

“And do you think it affects your ability to function normally?”

“But you say you think about it every day.”

“All the time.” The man in the polo neck ran his hand through his hair. It was smooth and black, the same color as his jersey. He looked briefly at his hand and then placed it back in his lap.

“Do you find these sessions helpful?”

“But you never miss one.”

“They’re compulsory. After what happened, it was…a condition.”

Dr. Adams turned another page. He ran his hand across his mouth. A color photograph showed a man lying on the floor. There was a knife in his temple. He looked up and smiled blandly.

“But you still think about it?” He shuffled through some loose drawings. They showed a stick man with a knife in his head, red koki pen dripping from the wound.

“It is a choice,” he answered.

Dr. Adams indicated with his palm for his patient to continue.

“I never want to forget the type of people that are out there.” While he spoke, his fingers worked on his cellphone:

We have some new work to send you 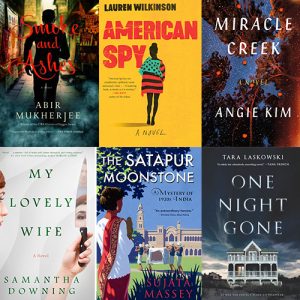 Announcing the 2020 Edgar Award Nominations This morning, the Mystery Writers of America revealed the nominations for this years Edgar Awards. The winners will be announced...
© LitHub
Back to top