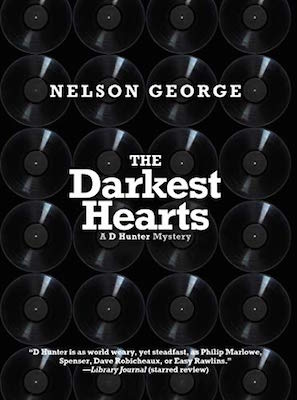 The following is an exclusive excerpt from The Darkest Hearts, by Nelson George. Ex-bodyguard D Hunter has left Brooklyn and is now a talent manager in LA, and after signing an up-and-coming rapper and negotiating a lucrative deal, business is going very well. But then D learns that the CEO of the company involved has been engaging in predatory behavior, while back in NYC, a body is fished out of Canarsie Pier, one with ties to D's past

Back at the hotel, Serene ran the bath for Anika Selam and gave the slender young women one of the hotel’s comfy white bathrobes. There were bruises on her wrists and ankles and a couple on her back. Anika shook when Serene touched her, as if she expected to be slapped. Serene gently guided Anika into the big tub’s soapy water. For a moment, Serene thought the young woman might drown since she seemed so uncertain of herself. When she ducked her head under the water, Serene pulled her right back up, which made Anika giggle. She just wanted to blow bubbles. Suddenly, they were sharing a laugh. Despite all Serene had imagined her going through, the young woman’s smile was dazzling white. Serene went into the bedroom and called Mildred Barnes, who was not happy about Serene’s decision-making.

“That’s not why I sent you over there,” Barnes scolded from across the Atlantic. She usually had a very neutral Midwestern accent, but there was spice in her voice tonight, which amused Serene. “We need you to help shut down networks, not save one girl at a time. That’s for NGOs.”

“I was not gonna leave her out in the street,” Serene said firmly. “She figured out a way to get out of that van. She wasn’t helpless—she just needed assistance. She wants to go home. We should make that happen.”

Well aware that once Serene had made a decision, it was damn near impossible to change her mind, Barnes said, “All right. Okay. Let me make some calls.”

Serene stuck her head back in the bathroom and watched Anika pour shampoo on her head and slowly begin washing her hair. Stretched out in the large tub, her brown skin surrounded by white bubbles, it was the first time Anika hadn’t been extremely stressed out since she’d been kidnapped by the traffickers in Rome. She breathed deeply, looking up at the ceiling, and realized that this was the life she’d imagined for her- self. That was before the reality of Europe had handcuffed her body and brutalized her soul. Serene saw tears come down Anika’s face and just closed the door, knowing she had no words to soothe her.

Fifteen minutes later, Barnes called. “In about ninety minutes a woman will ring you. Make sure the girl is ready. Here’s the thing: I had to loan you out.”

“These people and I have collaborated before. They have different goals than we—or I—have. But I think you’ll get along.”

“I promised Arthur I’d be back home in two days.”

“I understand that,” Barnes said. “But it was your decision to pick up that girl, so this is on you.”

“In exchange for them arranging to get this girl back to Africa, you will have to pick up an object for them.”

“Fine,” Barnes said. “If you trust the UK authorities to do the right thing by this girl, then I can call it off.”

Barnes knew she’d spoken the magic words. Serene’s cynicism about government kicked in and she agreed to the plan.

Serene dug out a T-shirt that kind of fit Anika and some jeans that, after they cut an extra hole in her belt, looped around the young woman’s slender hips. Serene wanted to burn her dress but figured it might contain her captor’s DNA, so she slid it into a hotel laundry bag. They were watching season one of Empire on Serene’s laptop when the hotel phone rang. “We’re downstairs. Please join us.” The woman’s accent was strange and musical.

They were met in the lobby by a tiny light-brown woman with a thick blackbird cage of hair, large shining eyes, and a worried smile. She said her name was Helen, but Serene didn’t believe that for second. There was a black Benz outside to transport Anika.

“Where are you taking her?”

Helen said, “To somewhere she’ll blend in until we can arrange transport for her. Better if I don’t tell you more.”

Behind the wheel of the Benz was a dark-chocolate, round-faced woman named Soa. Anika didn’t want to get in the car until Soa spoke a few words of Hausa to her. Anika nodded her head in recognition, then turned and gave Serene a big hug. Serene could feel the young woman’s bones against her body. She watched Soa steer the car into the London night.

Helen gave an impish smile. “You Americans are so healthy. No worries. I’ll drink for both of us.”

The two found an empty sofa at the nearby Soho House, where Helen ordered a chardonnay and Serene had chamomile tea with honey. Serene had a million questions but started with her accent.

“I’m Ethiopian on my mother’s side and German on my father’s,” Helen explained, clearly used to answering this question. “So you are hearing English spoken with hints of German and Amharic. Plus, I speak Spanish too, so that’s in the mix.”

“And how do you know Mildred Barnes?”

“I don’t. But my friend William does. He called me from Paris. He runs our little operation. We don’t do what you do, which is really great by the way, but we have another mission. You deal with current evil. We try to correct the evils of colonialism—in our own way.”

“Well, we aren’t the Avengers or anything,” Helen said slyly. “But when we do feel like superheroes, we joke that we’re the Liberators.”

“The Liberators? Okay, I may have that glass of wine.”

“Oh, it’s just a nickname,” Helen said, smiling. “I don’t have a cape in my bag or anything. Now I have to tell you, very respectfully, that we’d like help collecting the three medallions of Ethiopia.”

“Except we aren’t just some white men rummaging around Africa in khakis,” Helen said. “We are Africans rediscovering ourselves.”

“Okay,” Serene said, “this is all very deep and a little hard to digest. But I know how crazy what I’m doing is, so I’m in no position to judge anybody. Please, tell me what you want me to do.”

“Have you ever been to Berlin?”

Excerpt from The Plot Against Hip Hop by Dwayne Robinson (2011):

The dance between creativity and commerce for black artists in America is always fraught since the very gifts that liberate the soul are easily commodified into simple formulas that diminish the spirit, transforming deep passion into disposable product. Hip hop has manifested in so many creators embracing a limited, essentialist menu of stories and emotions that narrowed the MC and their audience’s humanity. To be a thug or a gangsta bitch or a backpack MC was to be a mythological persona crafted to be easily understood and marketed, fitting into expectations of black life in a nation for whom stereotypes are reality.

Why think about the complexity of any individual life when through the right clothes, slang, and graphics you can telegraph your message—no need to think. Just enjoy your synthetic black experience and kick back with a cold brew or a blunt. The black Supermen of hip hop are just as phony as Rambo or Luke Skywalker, but those folks are acknowledged to be “actors,” while MCs (often as essential parts of their promotional efforts) cling to authenticity when, in fact, they are “acting” their asses off. It can be a lucrative ploy but it literally sells them (and their audiences) short.

In that respect, self-taught iconoclasts like KRS-One, Scarface, and Kanye West have invariably seemed more credible to me as artists than always–“on message” performers like 50 Cent or Snoop, who work specific versions of themselves like Halloween masks. To be human is to err and make situational decisions not driven by a focused philosophy, but the swinging pendulum of life. Consistency is for salesmen, brand managers, and politicians. The hip hop artist who can resist one-note messaging risks his or her commercial power but, in exchange, can represent the multiplicity of true black identity in all its messy beauty. Sadly, few heed that call. 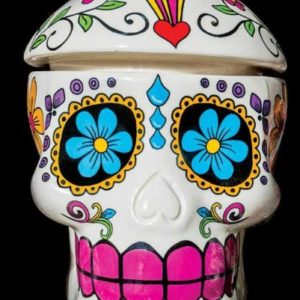 10 New Books Coming Out
This Week Another week, another batch of books for your TBR pile. Happy reading, folks. * Amy Stuart, Still Here (Gallery) "Gripping…Readers...
© LitHub
Back to top