In the Shadow of Vesuvius 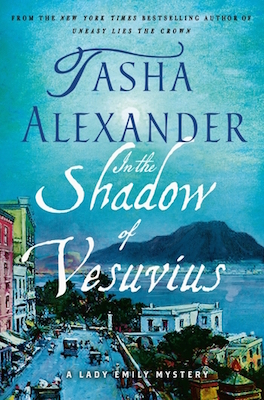 The following is an exclusive excerpt from In the Shadow of Vesuvius, by Tasha Alexander. Amateur detective Lady Emily is back in her fifteenth mystery. This time, she and her husband Colin Hargreaves accompany archeologists to the volcanically-preserved city of Pompeii, where they discover a fresh corpse lying among the ruins.

Some corpses lie undisturbed longer than others. We expect that our own mortal remains, shrouded in silk, buried in mahogany coffins, and marked by granite stones, will be left untouched for eternity. So, too, did the Egyptians, whose mummified bodies now entertain the ghoulish among us at unwrapping parties. Their elaborate tombs offered no protection. Why should our fate be any different? Even the victims of  the unexpected eruption of Mount Vesuvius nearly two thousand years ago, blanketed by impossibly deep layers of ash and pumice, have re- emerged. Plaster casts, formed by archaeologists, allow tourists in Pompeii a glimpse of the terror and heartache of their final moments. None of us is safe from exposure after death.

Standing in the ruins of an ancient dining room, a triclinium, as the Romans called it, we—my husband, Colin Hargreaves, Ivy Bran- don, and I—had gathered around a group of these casts. Three walls remained, each covered with bright frescoes. The fourth side of the room, marked with columns, opened into a charming garden, in the center of which stood a fountain.

“They would have dined here in the summer,” I said. “The chamber is positioned to take advantage of the angle of the sun at that time of year, flooding it with natural light. The columns frame the outdoor features beautifully, and—”

“I never would’ve thought the Romans wore sideburns,” Ivy said, crouching next to one of the casts. “This gentleman looks as if he stepped off the streets of London last week.”

Ivy, who since we were children had tried to provide a tempering influence on my more outrageous iconoclastic impulses, was not prone to interrupting anyone. From the earliest days of our acquaintance, I had observed her effortlessly perfect manners, but had never managed to emulate them. Her patience was unmatched. Once—from a safe distance—I watched her listen for more than half an hour, an expression of rapt attention on her face, to a dull MP drone on about some speech he had given in the Commons that afternoon. She never tried to get in a single word.

I like to believe that, after more than a decade spent investigating heinous murders, I am capable of remaining undaunted in the face of violent death.

My husband struggled not to laugh. “Emily, you’d best stop lecturing,” he said. “No detail about ancient dining rooms can compete with the gruesome pleasure of the mortal remains they contain.” I turned back to the casts. Two of them, a woman and a male slave, identifiable by her hairstyle and his thick belt, curled in fetal positions, she covering her face with her arms, he frozen for eternity with one hand stretched toward the sky. The third, which Ivy was examining, lay with his arms at his sides, one knee bent, the other straight.

“Did you say sideburns, Ivy?” I asked. “The Romans didn’t wear them. Not like that.” I forced myself to kneel beside my friend. I like to believe that, after more than a decade spent investigating heinous murders, I am capable of remaining undaunted in the face of violent death. I have observed a multitude of bodies in a variety of hideous states and, while always grieved that any human should suffer such an end, I can compartmentalize these emotions in order to pursue justice for the dead. Yet almost from the moment I stepped into the ruins at Pompeii, the tragedy of the site overwhelmed me. I could hardly bear to look at the casts, let alone scrutinize them. Their humanity was all too palpable.

Colin squatted on the other side of the man. “This doesn’t look right.” He pulled a penknife from his pocket and began to dig into the plaster.

“Don’t!” I reached to stop him. “This is an archaeological site. You can’t—”

“This man is no Roman, at least not an ancient one,” he said, his deep voice calm as he continued to remove bits of the cast from the man’s arm. Chalky flakes fell away under his blade, revealing a patch  of grayish-blue skin. “I shan’t go any further. If he were a victim of Vesuvius, we would find hollow space beneath the plaster, not flesh. Our friend here has not been buried long enough to decay. I’d wager he hasn’t been dead more than a few weeks.”

Ivy’s brown eyes widened and the color drained from her rosy cheeks. She turned away from the cast, struggled to her feet, and was sick behind a convenient cypress tree.

'The Outsider' Is a Classic Monster Story. So Why Disguise It as a Detective Show?

Counting Down the Greatest Crime Films of All-Time: #33


In the Shadow of VesuviusMinotaurTasha Alexander 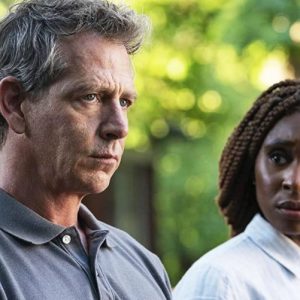 'The Outsider' Is a Classic Monster Story. So Why Disguise It as a Detective Show? HBO’s new ten-episode miniseries The Outsider, based on the recent Stephen King novel of the same name, fundamentally operates...
© LitHub
Back to top