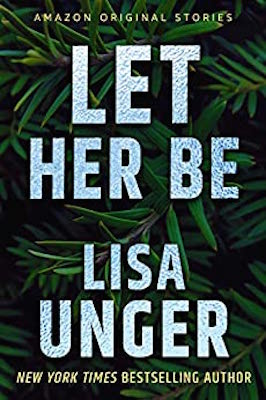 The following is an exclusive excerpt from "Let Her Be," by Lisa Unger, one of six short stories in the new collection Hush. Will, a writer, is sure that his ex-girlfriend is in danger. Her social media posts reflect a super happy life with her new boyfriend, but no one has actually seen her in a year. But who among them is actually in danger?

“Who hasn’t?” she answers after a beat. “She’s on fire. I think she’s on the verge of a big book deal. That’s the rumor, anyway.”

There’s a lash of something dark, which I quickly quash. It’s that thing inside. When it rears its head, that’s when I make my worst mistakes. Dr. Black and I talk about it endlessly, this part of me that becomes activated when I’m angry. I breathe through it now. I’m getting better at that. In fact, since Anisa and I broke up—or she broke up with me—I haven’t felt it much at all until now. That spin. That feeling of not being in control of myself. She wasn’t good for you, my mother has said more than once. It’s true that she brought out the worst in me at the end. But that’s not the whole truth.

“I love her post from this morning,” Emily says, her voice an octave higher than normal. “She just looks so . . . happy.”

But the word darkens her a bit, makes her go internal. She holds out her phone.

There’s Anisa’s face. Angelic. Thick russet waves of hair frame the valentine of rosy cheeks and dimpled chin. Big, thickly lashed eyes, full lips. And yes, that smile. Radiant with happiness. I know that look very well, better than most, I’d venture. For a while, I was the one to put it on her face.

Just a year ago, pretty Anisa writes, I was in a dark place—a rat in a maze. Today, the day dawned clear and crisp, and I greeted the rising sun on my yoga mat. Then, for two uninterrupted hours, I wrote. This is the dream. You can have it too. #yogaatsunrise #lovethesimplelife #amwriting

“Yeah,” I say. The word catches in my throat a little. “Amazing.”

Emily turns the phone back and stares at the screen for a minute. Seems to rethink her actions. That dark place—Anisa doesn’t just mean the finance job she hated or the writing dreams that lay fallow. She means me. Our relationship. She called it toxic. I was poison, she said. Of course, she was right. I see that now.

I lift a hand and shake my head.

Love the Simple Life, that’s her very popular new blog, soon to be a book, soon to be a podcast, possibly a television show—according to a whirlwind of social-media rumors.

So since that dark day when she found me bleeding out in my tub, Anisa has changed her life.

She left her soul-crushing—but oh so very lucrative—job in finance and has moved away from the city. She and her new boyfriend, Parker, have built a tiny house, of all things, and are apparently living said simple life. They’ve pared down to just thirty-three possessions apiece. They’re growing their own food, composting. Anisa has taken up knitting.

She posts one inspirational saying a day, one brief yoga practice (You can do it anywhere, anytime!), which she sketches in black and white, and one writing exercise (You have fifteen minutes for your writing, don’t you?).

Parker posts vegan recipes and money-saving advice. His blog: Parker Pinches Pennies. (If that doesn’t make you want to puke, we can’t be friends.) They have nearly a million followers between them on Instagram, and they are apparently “simple life” influencers. Their website, lovethesimplelife.com, gets—according to one of Anisa’s giddier posts—thousands of unique visitors a day.

She takes a sip of her herbal tea. The waitress hasn’t come again since I sat, so I haven’t ordered anything. Emily, noticing, offers me a sip of hers, but I wave her away.

“Have you talked to her?” I ask, trying to sound casual. My shoulders are tense; I try to release them. Emily stows her phone, her face going a bit still.

She stiffens a little. Is she lying? Or just uncomfortable with the conversation?

“Brianna and I were just talking about that the other night,” Emily says carefully.

The waitress, a slender tattooed woman with eggplant-colored hair, stops by, and I order a cappuccino, though I’m supposed to avoid caffeine. People who have trouble managing their anger don’t need stimulants of any kind.

“Well, like, no one’s talked to her in ages. The occasional text, an email here and there. But it’s like she’s just trying to shed everyone and everything from her old life. You know she just left? No goodbye gathering or anything like that. She just made the announcement one day on Insta, and by then they’d already left the city.”

She frowns. Something in my tone, maybe.

“Yeah,” she says. She pushes up her glasses. “Maybe we shouldn’t be talking about this, Will. Right? Let’s talk about you. Your book.”

“That’s great.” She seems relieved, offering a sweet smile and reaching for my hand again. Then she pulls her hand back, checks her phone.

“It just seems a little strange, doesn’t it?” I venture. “You guys were so close, more like sisters. Living the simple life doesn’t mean you shed your friends, does it?”

“I wouldn’t think so,” Emily says. “But she did this big post about clutter clearing, leaving behind old, dead relationships that hold you back. She said something about how even people you love can hold on to outdated versions of you, causing you to cling to that part of yourself.”

I offer her a laugh. “Don’t worry. I’m sure she was just talking about me.”

But Emily doesn’t laugh with me. “Some of us were kind of hurt by that. Especially since none of us have spoken to her.”

She shakes her head, now looking like she might be tearing up a little. “Like, not for almost a year. Since, you know, all that happened.”

I clear my throat. It’s awkward to have survived a suicide attempt; people become very careful—about what they say, how they refer to the event. I wear long sleeves, of course. The scars are quite pronounced still, marks of my pain, my instability, which will not fade quickly.

“Well, what about this Parker guy?” Breathe. Keep it light. “What did you think of him?”

“I never met him in person. Brianna met him once at a bar. She said that Anisa didn’t seem that into Parker. And then, a few weeks later . . .”

Was it him? Was this Parker the one who’d pulled her back from me as I lay dying? That darkness in me, it wants to cling, to yank her out of the shadows. More than anything, I told Dr. Black, it wants to hold on tight.

“It happens like that sometimes, doesn’t it?” I say, trying to sound carefree and in the know about these things. “When it’s right, it’s right?”

You have no idea what it means to miss her, I nearly snap. But I bite it back. She sips at her tea. I keep breathing.

“You know, Will, I probably shouldn’t say this. But I miss you. The way it was then, before it got—bad.”

The flash of anger passes.

I glance down at the wood grain in the table between us, then up at a framed picture hanging on the wall behind her, a grainy photo of a crow on a branch. “I really fucked everything up.”

Because Anisa and I—we were happy. Not just Instagram happy.

Emily reaches across the table again for my hand. “We all make mistakes coming from our place of pain. When we know better, we do better.”

I let the words hover a moment.

Thanks, Oprah, I don’t say.

Excerpted from Let Her Be by Lisa Unger with permission from the publisher, Amazon Original Stories. Copyright © 2020 by Lisa Unger. All rights reserved. 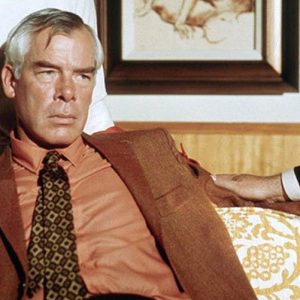 All in a Day's Work: Why Do the Parker Novels Still Resonate So Powerfully? When it comes to the Parker novels, which Donald Westlake wrote under the pseudonym Richard Stark, there’s pleasure in repetition....
© LitHub
Back to top