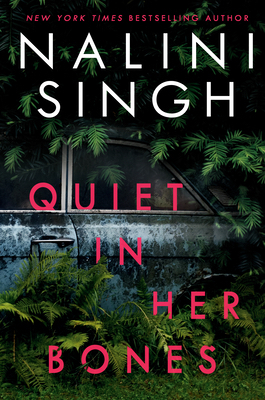 The following is an exclusive excerpt from Quiet in Her Bones, by Nalini Singh. When socialite Nina Rai disappeared ten years ago, the town wrote it off as the flighty behavior of a bored, wealthy woman. But now her bones have been uncovered, not far from the idyllic cul-de-sac where she lived. Her son remembers something about the night she vanished, and now is his chance to find out what happened.

“Mr. Rai.” Constable Neri at my elbow, her gaze incisive in a softly rounded face, and her skin a midbrown shade made dull by the lack of sunlight. “Would you like me to drive you home?”

“That’s my father,” I said. “Call me Aarav.” Not Ari. Never that. It’s what my mother called me, and I couldn’t bear to hear it from any other lips. The last girlfriend who’d tried had been so frightened by my reaction that she’d packed up and left the same day.

“You looked like you wanted to strangle me,” she’d said on the phone the next day. “That much rage, your face all twisted up until I didn’t know you anymore . . .” Her voice had broken. “Aarav, you need to see a shrink or you’ll hurt someone.”

I’d hung up and erased her number from my phone.

It had taken another year and Paige’s concern for me to admit I needed to talk to someone, and now I’m one of those people who has a therapist. Dr. Wendall Jitrnicka. He wears bow ties and we talk about shit. But I go every two weeks. Turns out I have a lot of shit in my head.

“When will you bring her out?” I asked Neri when she didn’t respond.

“As soon as forensics is done with the site. It could be hours.” A pause. “The body’s been in situ a long time.”

“I understand.” There was no rush. Better they take their time and gather as much evidence as possible. “I’ll wait.”

“Aarav. Nothing much is going to occur here. We only informed you because there’s an unfortunate risk the media will turn up and we wanted you forewarned.”

I looked down at the mass of foliage again, ancient trees with twisted limbs alongside huge tree ferns entwined with vines. The canopy screened the car more effectively than any man-made barrier. “She’s been alone a long time. I can’t leave her that way.”

Constable Neri gave a crisp nod as she left, but I could almost see her making notes in a mental file: Flat affect, macabre obsession with death, was home on the night of the incident.

When they dig deeper, they’ll discover that I’d only been a little shorter and less muscled than I am now. Plenty big enough to deal with a petite woman. Nina Rai had entered her marriage a sylph-like twenty-one-year-old, but unlike many of her peers, who’d eventually allowed time and happiness to soften their edges, gently pad their bodies, my mother had clung to her youthful shape with a kind of feral obsession.

“Control, Ari,” she’d said to me more than once when she skipped a meal or replaced it with black coffee. “It’s about control.”

I’d often been a surprise to those who didn’t know the family. Strangers would compliment her on her cute younger brother, only for her to shock them by claiming me as her son.

“But you’re so young!” they’d inevitably exclaimed. “And your waist is so tiny!”

She’d been so proud of that waist, so proud that she could still fit into the clothes she’d brought from India all those years ago.

Not that she’d ever worn those clothes in the years following her determined embrace of her new life. Yet she’d kept them. A talisman to remind her of the poverty-stricken village from which she’d come?

I’d seen her sitting on her bed once, a pale blue top in her hands, her fingers running over the stitches. “Amma made me this,” she’d said when I came closer. “A ‘fancy embroidered’ top for my fancy new life. ‘So lucky, meri Nina. Marrying such a dhanee man. Wah! You’ll wear diamonds and silk. The gods are smiling on you!’”

She’d laughed then, the sound a shard of broken glass edged with blood.

Handling a woman that slender, that small, wouldn’t have been difficult for an athletic sixteen-year-old boy who had several inches on her. After all, I’d done it many times by then, sweet cocktail fumes thickening the air around me as I carried my mother to the sofa or the bed.

“My son.” Her hand against my cheek, the points of her long nails pressing into my skin. “My pride. Mere dil ka tukda.”

Laughter again. It grated, nails on a chalkboard, even after all these years.

Because if I’d been a piece of her heart, it was a piece she’d alternately adored and resented. I’d been the weight that held her to her toxic marriage. My father would’ve discarded her without a backward look should she have pushed for a divorce. But his son and heir? Never. Ishaan Rai would’ve battled to the bitter end to keep hold of me.

A burst of dazzling white against the green. It was a scene-of-crime officer. A second SOCO became visible in a small gap between the trees the next instant, his overalls the same crisp white except where they were streaked with dirt and crushed green.

Ironic, that she’d have all this attention now, my mother, who’d craved it her entire life.

Why Are Women So Successful as Con Artists? 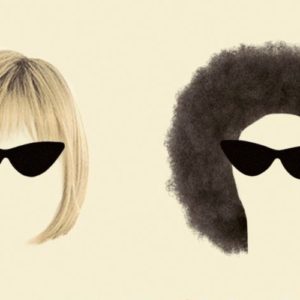 Why Are Women So Successful as Con Artists? In 1977, the New York Daily News published an article about a beautiful young con woman named Barbara St. James. (At least,...
© LitHub
Back to top