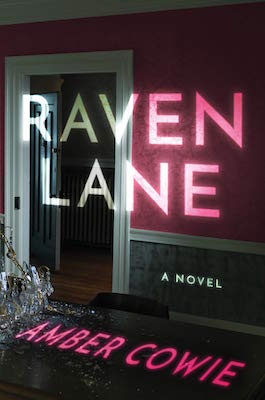 The following is an exclusive excerpt from Raven Lane, by Amber Cowie. When a tragic accident occurs on beautiful Raven Lane, residents Esme and Benedict Werner are shocked and saddened. But when Benedict is arrested, and the tight-knit neighborhood turns on Esme, she must uncover the secrets of the community while making sure her own secrets stay hidden.

For ten years, Esme had hosted the weekly dinner at her house on Raven Lane. The menu had always been casual, a chance to use up leftovers or try out a new technique. She told herself to stop being silly as she perched on a barstool at their kitchen island, flipping through cookbooks that hadn’t seen the light of day in more than a decade to find a recipe for that evening. Why does this matter so much? she asked herself as she rejected dish after dish. She was a celebrated chef; her restaurant had become a pillar of Fraser City’s casually elegant dining scene, winning awards throughout its decade-and-a-half in existence. Besides, judging by the way Torn had dug into the store-bought potato salad and coleslaw at the recent back-to-school party, he was hardly a discerning critic. But it did matter. People no longer looked at her the way Torn Grace had and, usually, she was grateful to have been forgotten. But something about their new neighbor made her want to be noticed.

She pulled out her phone and opened her internet browser, with the intention of checking out a few food blogs. Instead of opening the bookmarked pages, however, she typed Torn Grace into the search field. The first hit was a video link: an interview between Torn and a reporter with the BBC. The lines that described it were brief. Meet Torn Grace, whose recent bestseller, The Call, retells H.P. Lovecraft’s most famous work. The book has sold over 100,000 copies in its first six months.

She looked around nervously before hitting play, as if her daughter or husband were about to walk in on her, even though they were in the middle of their school and work days. On the screen of her phone, Torn was seated across from the interviewer in a dramatically lit studio. Only the two men and the desk between them were bathed in light; the rest of the room was black, as if the interview were taking place inside a cave.

“What prompted you to revisit H.P. Lovecraft? What about his work inspired you to write your own version of his world?” The interviewer had his back to the camera, drawing the viewer’s gaze to Torn’s face. In the stark lighting, his blue eyes were the same color as a lapis ring that her grandmother had worn every day of her life.

Torn had taken a breath and raised one eyebrow. He looked cocky but somehow grateful at the same time, as if the reporter had finally asked him the right question. The endearing expression made Esme feel a rush of heat and she shifted in her seat as the video continued.

“Lovecraft was terrorized in many ways by the monstrous world he believed surrounded him; surrounded all humans. You can see it in his writing, the dread that we are all just one small move away from unleashing the beasts and demons of hell: monsters that are worse than our current imaginings. I read Lovecraft when I was a kid. You know, just to make sure that I could have the worst nightmares possible.” Torn paused and grinned at the chuckles of the interviewer. Esme sucked in her breath. Then, his face turned serious.

“When I read Lovecraft, I got scared, but it took me years to figure out what was really frightening me. Even as a kid, I believed that Lovecraft was only partially right. I think that monsters do exist, but not in another dimension or a far-flung place that no one has explored yet. I think that each of us has a monster inside of us that we spend our lives trying to contain.”

The interviewer paused, shuffling his notes.

“But you made it a love story,” he said.

“Love stories are the most monstrous of all.” Torn grinned. “It’s the time when the monster inside everyone is released.”

“Are you in love, Mr. Grace?” The interviewer asked.

Torn looked right into the camera. Esme felt as if he was staring at her.

The interviewer spoke softly. “So then how do you control the monster inside of you, Mr. Grace?”

The interviewer spoke softly. “So then how do you control the monster inside of you, Mr. Grace?”

His eyes seemed to sparkle with something in between joy and malice. “Who says I do?”

The clip ended there. Esme lifted her gaze from the screen of the laptop and looked at the book she had purchased weeks ago lying on the counter in front of her. The clean white letters on the black spine seemed to beckon her. She slipped off the stool and took it in her hand, flipping it to the first page.

After the earthquake, they began to go mad. At first, there were explanations. The media attributed the well-known director driving his car directly into a crowded café in Paris to drunk driving. Rumors spread of an illicit, highly mind-altering new drug that was sweeping through Hollywood when the celebrated actor barked gibberish during her speech to the United Nations. It wasn’t until the entire cast of an esteemed television show joined hands to jump off a cliff together in Iceland that people began calling it what it was. Madness embedded in the minds of tens of thousands of people, the world over.

It lasted five days, in the month of March. Then, it was over. During that time, the afflicted were unreachable. Writers, artists and performers were imprisoned in their own minds, unable to speak or seemingly hear anything in the world around them. Some reached for weapons. Hundreds died by their own hand and no one could do anything to stop them. It ended just as suddenly as it began. We thought it was over. We didn’t realize that something had been embedded in us. Something that was waiting for its chance to emerge.

Torn’s words were disturbingly inspiring. A menu idea came to her in a flash and she placed the book down. Pate de canard en croute: deboned duck stuffed in a pastry crust. A dish that looks like one thing but is something else entirely.

The Most Terrifying Home Invasions in Fiction 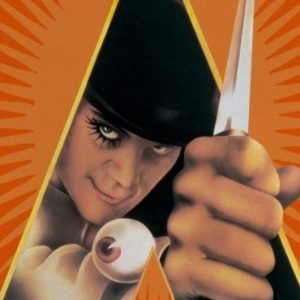 The Most Terrifying Home Invasions in Fiction Crime fiction hits us where we’re most vulnerable, reminding the reader of what happens out the corner of your eye, just...
© LitHub
Back to top