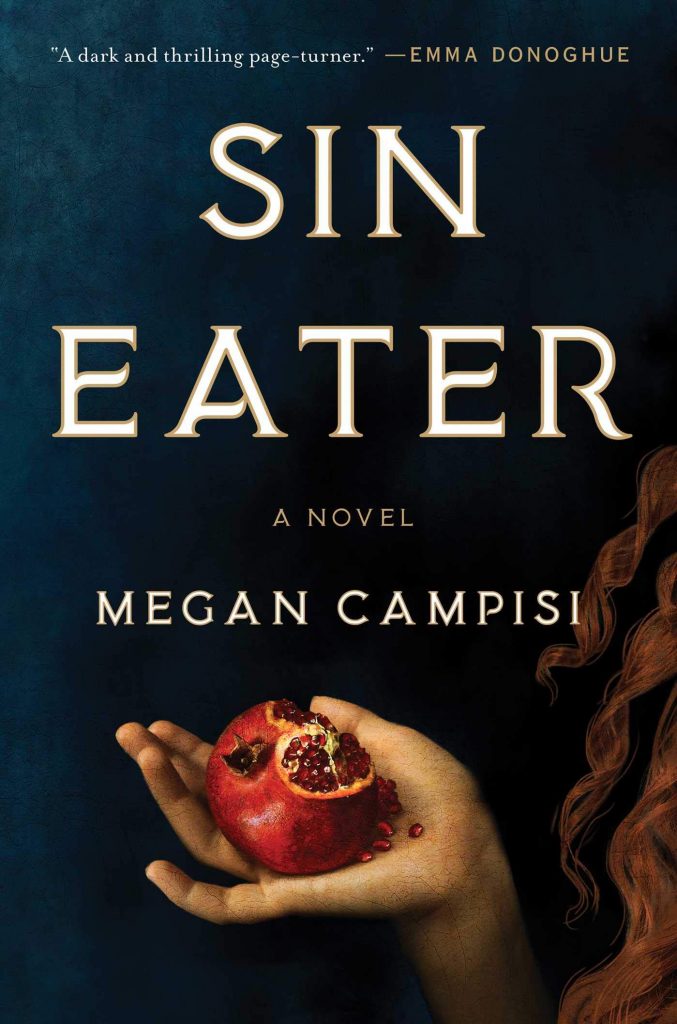 The following is an exclusive excerpt from Sin Eater, by Megan Campisi. As punishment for stealing bread, May is sentenced to spend her life as a Sin Eater, meaning she must eat ritual foods while hearing others' confessions, to assume their sins. When the older Sin Eater with whom May has apprenticed, refuses to eat a symbolic item, it sparks a chain of mysterious, terrible events that leave May alone, to figure out what it all means.

When I stumble into the road, folk look and look away.

Some scutter off. I scutter too. Down into the ditch, dodging puddles and beggars.

After the collar was placed on me, everyfolk in the courtroom turned away. All I could think on was the throbbing of my tongue, so it took a moment to know they were waiting. It took a moment more to know they were waiting for me. My feet were light as clouds and my collar weighted like stone. Tipping like a drunk woman, I walked by the other girls, their eyes on the ground. I walked by the recorder, his eyes on his parchment. By the Makermen, their eyes toward the sky.

Seeing my house after weeks away, a great lump grows in my chest. When did it get so run-down? The shingles are pebbled with rot, and the front shutter hangs askew. The garden weeds have grown nearly to the window ledges like they might eat the house whole. I laugh at the sight. Da always said, Know where you’re from. Mine is shabby indeed.

I want to run away. Run off to another town where no folk know me, and pretend I was never made a sin eater. Could I do it? Brave the murderers and thieves along the roads? But anywhere I’d go, folk’d know I didn’t belong. I’d be swept up by a constable to be whipped and burned through the ear like the girls in jail. Or worse, be swept up by folk like my Daffrey kin and tied to a table or made to whore. Then I remember the collar and the S tattooed onto my tongue. I’m marked. No matter where I go, I’m a sin eater.

There’s a scuffle behind the shutter as I step up to my old door. It’s blocked when I try to push it open.

“This is my home!” I cry. In an instant, my tongue is throbbing again, and I taste blood. Whoever’s taken over my home says nothing back.

Bessie comes out from next door to see what the clamor is. “Why, that’s May’s voice, is it?” But when she sees me her jaw closes and opens like a newt eating a fly.

“Bessie,” I say, tears wetting my cheeks from the pain of my tongue.

Bessie shrieks and begins the Maker’s Prayer. Her hand pushes out in front of her as if for protection.

Lee steps out the kitchen door. “But that’s May,” she says. “She’s got a—Mother! Do you see what’s around her neck?”

“You do not see her, Lee!” Lee’s eyes fall to the ground. “If she speaks to you, you must silence her with your holiest prayers. No matter what she says.”

“What’s wrong with her tongue?” Lee cries. “There’s a snake on her tongue!”

“Bessie, where am I to go?” I plead. I see Bessie hesitating.

It’s Lee who helps, though I don’t know if she means to. “Where will she go, Mother?”

“Why, she’ll go to the other, won’t she. Now there’s two. They’ll be company to each other, I should think.” Bessie pauses. Waits for me to leave. “Over in Northside,” Bessie prompts. “That’s where she is.”

It’s always women who eat sins, since it was Eve who first ate a sin: the Forbidden Fruit. Some say that’s why so many foods for sins are fruits. But there’s other foods as well, like cream and leeks, that aren’t fruit at all. There’s some reason in it, for cousin sins will sometimes have the same foods, like covetousness and envy both being cream. But there’s also some with no reason. Why are thieving and thinking ill of the dead both roast pigeon? It’s like how there’s two words rock and stone that mean the same thing, but the words don’t sound alike at all.

There’s also lots of dark beliefs about sin eaters. Folk believe a sin eater grows closer to Eve with every sin she eats. So looking at a sin eater opens you up to Eve’s eye. And hearing her voice, you might be lulled into temptation, so you say the Maker’s Prayer to drown out her voice if ever she speaks outside of Recitations and Eatings. To touch a sin eater is worst. It’s a curse and burns the flesh of goodly folk. I touch the skin of my forearm, but it feels the same.

I think about Hans and Greta. In the fairy tale, Hans and Greta’s parents send them into the woods to collect mushrooms and berries. The children leave a trail of acorns to find their way home, but squirrels eat them. It gets cold and dark, and Hans and Greta fear they’ll starve or freeze, but then they see a light. It’s in a cottage made of brambles, rose hips, cattails, and other things folk eat in lean years. It isn’t theirs, but Hans and Greta are so hungry, they eat the rose hips and cattails anyway. The door to the cottage opens and an old sin eater comes out. She welcomes the children to warm themselves by her hearth fire. Hans and Greta go in and apologize for stealing food from her house. The sin eater just smiles. Hans curls up by the fire and falls asleep, but Greta stays awake and hears the sin eater singing:

Lost children roam, I lure them home. They steal and sin,

While I laugh and I grin. I’ll toss them in my fire,

On the morrow find their sire,

In the story, Greta pushes the sin eater into the fire instead and they find their way home. When I heard the story I always pictured myself as Greta. 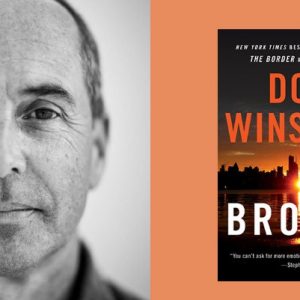 Don Winslow's Return to California Noir I've been thinking recently about what makes reading Don Winslow's books so damn enjoyable. Probably because that's what...
© LitHub
Back to top