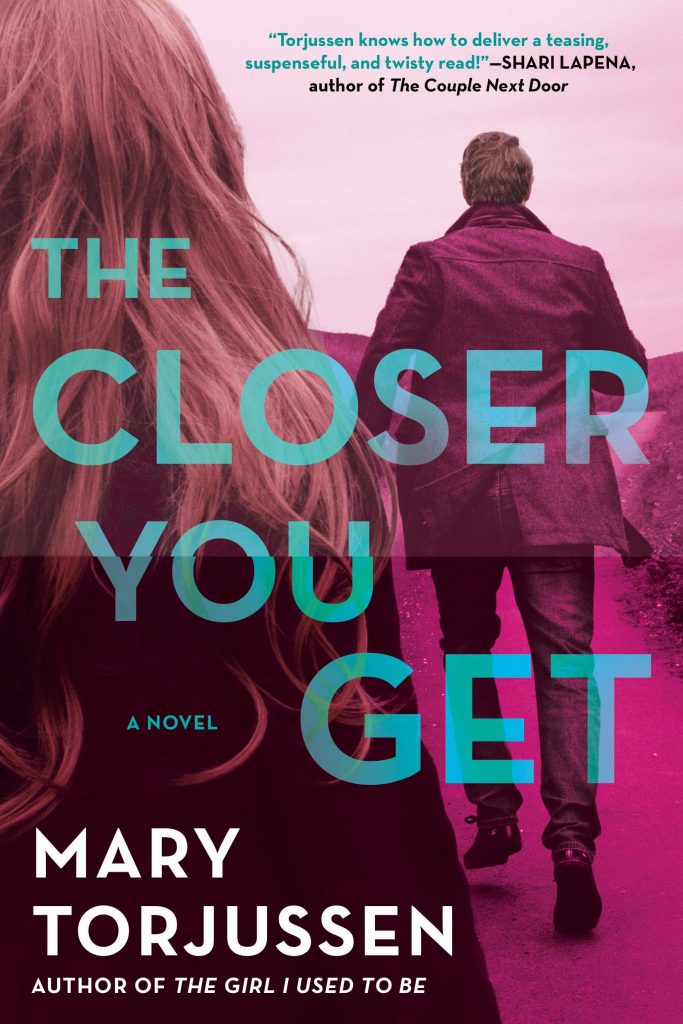 The following is an exclusive excerpt from The Closer You Get, by Mary Torjussen. Ruby and Harry are colleagues, and in love. But they are each already married, and Ruby's husband is particularly controlling. They agree to leave their spouses for one another, but Harry doesn’t follow through, leaving Ruby alone. As her life crashes down, though, she realizes that someone else has taken an interest in her. Could it be Harry, or is someone else? And what do they want?

That last walk down the stairs seemed to be in slow motion. The carpet was soft and yielding beneath her feet, and she could feel the fresh gloss paint of the handrail as she clutched it for balance. The late-evening sun shone through the glass door panels, lighting the hallway in a kaleidoscope of colors, and the heavy, sweet scent of roses in the vase on the console table would stay with her forever.

Her head buzzed with pressure and for a moment there on the last few steps her vision blurred and she felt she might fall. But then the sun shifted and everything sharpened into super focus.

The body—for then she knew it was a body, and no longer alive—was twisted and lay at an awkward angle. The giveaway was the blood, though. It was coming from the ear. That’s never a good thing, is it?

Gently, she knelt and put her index and middle fingers on the carotid artery, just to the side of the windpipe. She couldn’t feel anything at all except warm, damp skin. There was no pulse of blood, no sensation of life. Again and again she pressed her fingers down, hardly knowing what she hoped for, but still there was nothing.

Her legs shaking, she scrambled to her feet, unsure what to do, when the room darkened momentarily.

Startled, she looked up.

In the hall mirror she saw the reflection of someone staring through the window at her.

She knew then they had seen everything.

The journey home seemed to take forever. I’d left the office early for a change, determined to get ahead of the evening rush, but still the traffic snarled to a halt within minutes. That’s not uncommon on a Friday evening, but it was usually a relief; this was the first time in years that I was impatient to be home.

It was a hot and humid summer afternoon in late June. The sky was overcast and showers threatened. The car’s air con was on full blast but my skin still prickled with sweat. The radio was on and I flicked from news channel to music as I waited for the cars ahead to move. I couldn’t find anything to focus on. My phone beeped and I glanced at the screen. It was a text from my husband, Tom.

Just left London. Back at 7 x

I read it and replied OK, then added X. I muted my phone and slid it into my handbag. I didn’t want to be disturbed: I needed to think.

Eventually the traffic started up again, with no indication of what had happened. There was no broken-down vehicle, no police cars or ambulance. Nothing but stationary traffic then a sudden release. I put my foot down on the accelerator, glad to be moving, to be on my way.

The railway station is a couple of miles from our house and on impulse I turned into its car park instead of carrying straight on home. I needed to check. I had to be certain.

As I drove in, I gave each car I passed a furtive glance. There was just the smallest chance I’d meet him on his way out; I wouldn’t have put it past him to have said he was on the train when he was actually in his car coming home from the station. I had no reason to be there and, if he saw me, he’d assume I was going somewhere or returning. The suspicion would always be there, no matter what I said. But maybe that didn’t matter now. The die was almost cast.

Still, when I finally saw his car I breathed a huge sigh of relief. He’d parked quite a way from the station entrance and I remembered that morning, when he’d left the house at six for the early train. He’d been annoyed as he couldn’t find his wallet and would have to hurry. I was in bed, feigning sleep, my ears straining to hear what he was doing. Now I could see he hadn’t straightened the wheels before getting out of the car and pictured him braking sharply, reaching for his briefcase on the backseat, and then jumping out and slamming the door after him. I could see his expression, knew his face would be grim, his mouth narrow.

My stomach tightened at the thought, and I quickly left the car park. I needed to get home.

Our house looked dim and unwelcoming under the cloudy sky. Automatically, I parked in my regular spot on the road outside the house and quickly looked around. There was no sign of anyone. I’d made sure I was home before my neighbor Oliver arrived. Usually, he and I got back from work just after six and we’d have a chat there on the path between our houses before Tom came home. I was glad he wasn’t there that afternoon, but worried he might turn up at any time. I didn’t want anyone to witness this.

I reversed my car up the driveway to the garage, then went through the garden gate at the back of the house. I opened the kitchen door and listened, but the air was still and all was quiet. I took the key to the shed from its hook and went back outside.

For just a second, when I was unlocking the shed, I held my breath, my stomach tilting at the thought of what I was about to do.

Two large suitcases stood there, just where I’d put them at eight o’clock that morning. Quickly I moved them into the trunk of my car, checking the driveway each time in case I was disturbed. Another bag followed: my cabin bag that I’d bought for my last trip abroad. I hadn’t thought then that I’d use it for this journey, too. Then there were other bags that I’d put in the shed that morning containing towels, bed linen, my hair dryer and toiletries. My laptop. None of my books were there; I didn’t have room in my car to take them. I’d pick them up another day. Last to go into the trunk was a box file with all my documents: my birth certificate, our marriage certificate. Deeds to the house. Insurance. Bank statements. My passport. It had surprised me how much I’d had to take and how much I’d been able to leave. Each time I put a bag into the trunk, I closed it afterward, just in case. I was being paranoid, I knew. Tom wouldn’t be here just yet. I had more than an hour to go.

When everything was in my car, I rearranged the shed so that it didn’t look as though the bags had been there and quickly swept the tiled floor, in case there were tracks in the dust. Then I moved my car. There was space for a couple of vehicles on our driveway, but one had to park behind the other and it could be a nuisance trying to get out in the morning. Long ago I’d got used to Tom’s having priority. Now when I parked back on the road outside our house, I noted the irony that by doing something that he’d told me to do, I was able to easily escape.

Excerpted from THE CLOSER YOU GETby Mary Torjussen, published by Berkley, an imprint of Penguin Publishing Group, a division of Penguin Random House, LLC. Copyright © 2020

Marcia Clark For the Defense 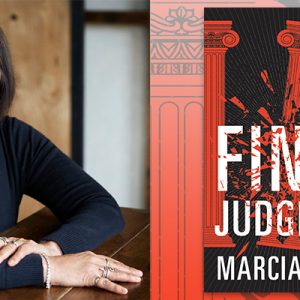 Marcia Clark For the Defense Marcia Clark knows a thing or two about law and (dis)order. A former prosecutor in the elite Special Trials Unit of the Los Angeles...
© LitHub
Back to top