The Fragility of Bodies 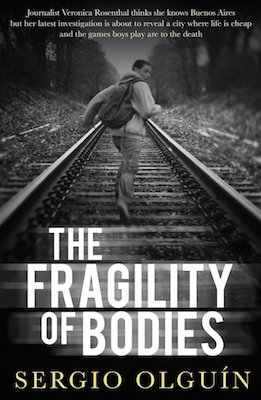 The following is an exclusive excerpt from The Fragility of Bodies, by Sergio Olguín, and translated by Miranda France. Verónica Rosenthal, a successful journalist living in Buenos-Aires, learns about the apparent-suicide of a train operator thought to be behind four on-track deaths. The police think this is an easy case to close. But when Verónica starts to dig, she discovers a ring of criminals who run an impossibly cruel game.

She didn’t like umbrellas, so Verónica went out into the rain in a black raincoat, a waterproof version of  the coat she usually wore on these cold days at the end of autumn. The thought of walking to the number 39 bus stop, then walking three more blocks in the rain at the other end was unappealing. Much better to go to the pharmacy around the corner then take a taxi to the door of Nuestro Tiempo.

She had eaten nothing with the coffee and having an empty stomach made her feel nauseous. She didn’t want to arrive at work in that state, so she asked the taxi driver to take her to Masamadre, a small wholefoods restaurant three blocks from the newsroom. Any other day she would have gone to Cantina Rondinella or got a takeaway from McDonald’s to eat in the kitchen at the magazine, but she felt a pressure to eat healthy food when she had her period.

By the time Verónica arrived at the newsroom it was about two o’clock. Nuestro Tiempo was on the third floor of an office block that had been completed two years ago and still had the new and soulless feel of a place where nobody lives.

The magazine had relocated there soon after the building opened and occupied two whole floors: the third for editorial and the second for administration and the publicity, circulation and IT departments. The journalists sat in clusters distributed along the whole length of the third floor, together with designers, photographers and digital retouchers, each division grouped in small cubicles according to their job.

The first person any visitor to Nuestro Tiempo saw was Adela, the receptionist, a woman close to retirement age, unlike the majority of people who worked at the magazine, who tended to be under forty. Verónica greeted her with a kiss and Adela handed her an envelope: an invitation to an opening at the Museum of Latin American Art. She should find out if any  of the girls were going. She’d get bored on her own.

Verónica sat at a long table with the other members of the Society section: her editor Patricia Beltrán, three other writers and an intern. Everyone, apart from Patricia, was already sitting at a computer when she arrived.

“Where’s Patricia?” she asked, putting her coat on a hanger and rearranging her wet  hair.

“Don’t you have an umbrella?” Roberto Giménez, one of the section writers, looked at her with the expression of someone puzzling over a  hieroglyph.

“She’s in a meeting with Goicochea and someone else. Remember we’ve got the editorial meeting in twenty minutes?” No. She hadn’t remembered. She was good at denial: she loathed editorial meetings because they went on for so long and achieved so little. Each writer proposed ideas for an  article and discussed or fine-tuned them with Patricia while  the others checked their phones, made doodles or stared woefully through the glass wall, as though appealing to a colleague from some other section to come and rescue them. Given that nobody contributed anything to the others’ pitches, Verónica thought that it would make more sense for them to meet alone with the editor rather than collectively lose an hour locked in a room. Worse, since none of them had ever had much time to consider their ideas before the meeting (because some pieces had already been finished the day before, because a new article might now be under way, because the best ideas always strike when least expected, because the best content for a current affairs publication was precisely what was happening at that moment), the majority of pitches were just a formality, ideas that would never come to fruition. Some came up week in, week out (the rise in car ownership, the excessive medication of hyperactive kids, the exotic pets of the rich and famous), but nobody ever wrote them, or even acknowledged that these ideas had been on the table thousands of times before. Patricia would put on a face that said this was either an interesting idea or a shit one (depending on her mood that day), then move on to  the next item. At the end, Patricia would dish out articles she had thought of herself or which had been sent down from management (Verónica had the impression that executive meetings were much more productive than editorial ones), or she would end up accepting suggestions at some other point in the working day.

Verónica had twenty minutes before the meeting. Usually five were enough to assemble a list of possible articles that would pass muster with her boss. That day, however, she was clean out of inspiration. Perhaps because she had delivered a big piece the day before on a scam run by the medication mafia operating in public hospitals in Buenos Aires. They were using Plan Remediar (the Ministry of  Health  system which provided free medication to patients) to record deliveries of drugs that never actually made it to the patient.

For example, the doctor would prescribe two boxes of an antibiotic. When the patient went to the hospital pharmacy, they would give him or her  only  one  box, claiming that there were no more left. The patient would leave, and the pharmacist would record two units as having been delivered. It wasn’t that they had stolen the other box. It had never arrived at the pharmacy because the laboratory hadn’t sent it, although it had invoiced for it. Verónica had uncovered the doctors–pharmacists–laboratories nexus without much effort (nobody involved had tried very hard to conceal their part in the crime), and her feature was going to press that night, in the new edition of Nuestro Tiempo.

She opened a blank document and typed: Growing number of vehicles in the city and rest of the country. What can be done about streets and roads collapsing under the sheer weight of cars? And she stared at the computer screen as if this document itself might suggest an article. That was when Giménez spoke up:

“Ha, this guy had the right idea. Listen up,” he said to the others, but none of them looked away from their screens or phones.

Verónica did look up, in fact, but her  colleague  didn’t notice, because he was reading from the  screen.

“He fell onto the road and the traffic on Talcahuano was disrupted for more than an hour. Isn’t that brilliant? Instead of throwing himself under a train to screw over his co-workers, the guy decides to piss off the bus and taxi drivers.”

“A railway employee killed himself by jumping from the roof of a building at 1000 Talcahuano. He fell onto the road and the traffic on Talcahuano was disrupted for more than an hour. Isn’t that brilliant? Instead of throwing himself under a train to screw over his co-workers, the guy decides to piss off the bus and taxi drivers.”

“I bet he killed himself for love,” ventured Verónica, looking back at her barely begun document. “The girlfriend or the lover probably lived in that building or the one opposite and he was trying to get her attention. They’re all like that.”

“All men?” asked Bárbara McDonnell, the journalist who  sat opposite her, while typing frenetically.

“Let’s just say all suicidal psychopaths,” Verónica clarified, not wanting to embark on one of those men-versus-women polemics that Bárbara seemed to relish.

“You’re wrong,” said Giménez. “This report says the guy left a letter that said he was sorry for the crimes he had committed. Apparently he was a serial killer or something.” A murderer-suicide. A criminal with a guilty conscience. It didn’t sound bad. There might not be much for a journalist to get her teeth into, but all the same, the story had potential. Crime wasn’t Verónica’s speciality, but she had always been drawn to lurid stories. She dreamed of writing a feature on a murderous cannibal or an Umbanda priestess who took the blood of virgin  girls.

“Where did you read the thing about the railwayman?” “It’s  on  the  Télam wire.”

Verónica read the news agency story and saw a possible article. Tiempo Nuevo’s crime correspondent had left a month ago for a national newspaper, so crime stories were now distributed haphazardly among the other journalists. She had  a hunch that Giménez would want to write about the suicide himself, and thought she’d sound him out.

“How come there are never articles on  suicides?”

“To avoid the copycat effect. Apparently when details  are published about how someone committed suicide, it sparks a trend and a load of morons go off to do the same thing. Until recently La Nación wouldn’t  even  print  the words  ‘he  committed  suicide’. You had to put  ‘he  took his own life’.”

“What a bunch of idiots. So, are you thinking of pitching a piece on this guy? The wire story is quite skimpy.”

“No. Deaths are tiring.”

“I might do something, then. Even if only to write ‘he committed  suicide’.”

That was Giménez out of the way. She read the story again. What was it in these twenty lines that particularly caught her eye? Perhaps it was the fragment of the letter they had reproduced. It was addressed neither to his family nor to a judge and yet it asked forgiveness for his crimes, specifically for the death of a child.  So was the letter a confession, or an explanation?

Patricia Beltrán came out of Management with the news- room secretary. She went over to where the journalists sat  and asked them to go to the meeting room. Verónica quickly typed up a summary of the wire story and printed the page along with her other article suggestion. With any luck, she wouldn’t have to do that piece on the exponential growth of car ownership in Argentina.

Verónica came out of the editorial meeting with a headache and took an aspirin from the packet she kept in her desk drawer. Patricia had listened to the pitches and handed out articles. She wanted Verónica to write a piece on the rising popularity of home births.

“My grandmother gave birth to my mother in the middle of a field,” said Patricia. “I thought that humanity had advanced since then, but it seems that some rich girls want to go back to the dark ages.”

Verónica didn’t dislike the idea, although the subject of motherhood was uninteresting to her. It was something that might happen to her one day, in a few centuries. But the thought of giving birth in her bedroom with the help of a midwife horrified her as much as it did her editor.

From The Fragility of Bodies by Sergio Olguín and and translated by Miranda France. Used with the permission of the publisher, Bitter Lemon Press. Copyright © 2019 by Sergio Olguín. 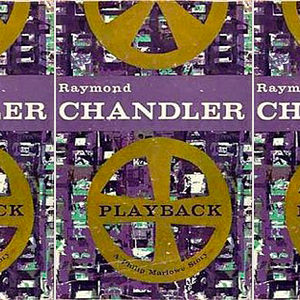