The Museum of Desire 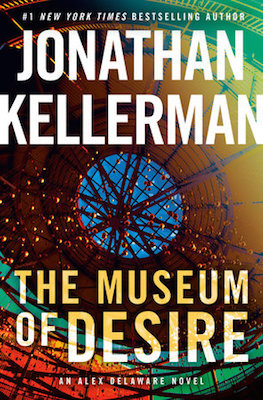 The following is an exclusive excerpt from The Museum of Desire, by Jonathan Kellerman. Psychologist Alex Delaware and detective Milo Sturgis are an indomitable team when it comes to solving unconventional murders. This time, they are called when four people with no connection to one another are bafflingly and horrifyingly found massacred and displayed together inside a stretch limousine in Bel Air.

Milo took a deep breath, switched to speaker, and called.

The chain of communication was receptionist to nursing assistant to nurse practitioner to physician. Sped up by Milo’s rank and explanation: “It’s about Dr. Roget’s father.”

Within moments a soft voice said, “This is Hillaire Roget. What happened to my father?”

“There’s no easy way to tell you—”

Milo braced himself with one hand on the steering wheel. “Your father was the victim of a homicide.”

“I’m afraid not, sir.” Milo braced himself with one hand on the steering wheel. “Your father was the victim of a homicide.”

“My father? How? What happened?”

“We’re still trying to work that out, Dr. Roget.”

“At his house? A home invasion?”

“Oh, no.” Muffled weeping. A long moment passed. The soft voice had weakened. “Sorry . . . I told him to stop driving. A man of his age by himself with strangers? I always worried something would happen. What, a robbery?”

Milo said, “Had he had bad experiences driving?”

“Oh, my, this has knocked me over, Lieutenant. Father was a kind man. A kind father. My sister and I have always adored him. After our mother died, he raised us by himself. He never hit us. Never raised his voice to us. He always said he believed in honey, not vinegar, and believe me, we could be imps. His patience . . . but such a stubborn man! I wanted him to move here with us, begged him, but he wanted his independence. Why couldn’t he listen?”

Milo said, “So you’re not aware of any specific incidents?”

“He’d never have told me,” said Hillaire Roget. “He still thought of me as a ten-year-old—my age when Mother died. When I became an adult, I tried to protect him, but he never relinquished his role. He was the protector. Period. Was he taken advantage of by people he drove? Probably, because he’s—oh, this is hard—he was such a generous man. Far too trusting. And that’s after going through hell growing up— Haiti, the Duvalier times, I don’t know if you’re familiar but it was horrendous back then. The secret police would visit, people would disappear. Father never lost his good cheer. Never.”

“He did fifteen years ago, that’s why he stayed in L.A. when we moved back to Florida.”

“Lillian Adams, but she’s deceased, Lieutenant. Cancer, just a few years after my sister and I moved—that would make it twelve years ago. That’s why we thought he’d finally join us here in Florida. But he wanted to be independent. Now look where it got him—which friend told you about him? I wasn’t aware he had any friends. Not that he was a loner, he liked people. But when he wasn’t working his pleasures were solitary.”

“Another driver his age named Leon Creech. What activities did your father enjoy, Doctor?”

“Mostly reading. English and French. He also played the violin.” Strangled chuckle. “Tried to play. When he practiced, my sister and I would smile and get as far away as possible. He was no musician but he was a highly intelligent man, Lieutenant. Wanted to be a doctor but in Haiti unless you were a planter’s son or a politician’s son, forget it.”

“So he became a driver.”

“No, that was later,” said Hillaire Roget. “When we first came to Florida on the boat, he worked as a maintenance man and went to night school. Accounting. Then Mother died and he picked us up and moved to L.A. and got a job working for the gas company. Bookkeeping. Then the gas company retired him, cost cutting, he got a pension but he was bored. So he began driving. For limo companies, then himself. This Creech, is he a good person?”

“Sterling,” said Milo. “He spoke highly of your father. He also told us your father refused to advertise online and got customers by posting ads on bulletin boards.”

“Those tear-off things,” said Hillaire Roget. “Primitive. My sister and I teased him but like I said, stubborn. Did someone he drove do this?”

“Do you have a suspect?”

“Can you at least tell me how he died?” said Hillaire Roget. “Do I want to know?”

“Father hated guns. Never touched a firearm after he was discharged from the Haitian army. I want to come out as soon as possible to bring him back. When may I do that?”

“I’d give it at least a week or so, Doctor. I’ll call you. And you call me anytime you have a question. Here’s my number.”

“Hold on, I’ll get a pen.” Scratchy noises. Exhalation. “Okay.” Milo recited the numbers slowly. Hillaire Roget recited them back. “That’s it, Doctor. Are you and your sister the only close relatives?” “Just us,” said Roget. “My sister and I work together. Madeleine’s a podiatrist.”

“None. God, how are Madeleine and I going to tell our kids? They last saw Father two Christmases ago. We flew him out, first-class. He kept making fun of that, snooty-hooty this, snooty-hooty that. Teasing us about why we picked him up at the airport instead of letting him drive. The kids love him. He loved them . . . this is . . . a horror.”

“Again, Doctor, so sorry. Do I have your permission to enter and search your father’s residence?”

“Why would you need my permission?”

“Without it I’ll need to apply for what’s called a victim’s warrant.

I’ll certainly get one but your permission would speed things up.”

“Would it help to talk to your sister?”

“I doubt she can add anything and I’d rather inform her myself— that’s going to be wonderful. This is the most horrid day of my life. This and when Mother passed.”

Milo clicked off. “That was fun.”

He looked at his Timex. “You up for Alvarez? Take us a while to get downtown.”

“Sure.” I texted Robin. Not sure when I’ll be back.

No prob, I’m in the studio.

Making a left turn on Olympic was tricky but Milo seemed to enjoy the challenge. Setting off a chorus of car-horns, he muscled into an eastbound lane.

I said, “Gurnsey and Roget had no local family ties.”

“Alvarez lives in a care facility and if the woman’s homeless, she’d be the most vulnerable.”

“Predator,” he said. “But what the hell’s the payoff?”

5 Psychological Thrillers You Should Read in February 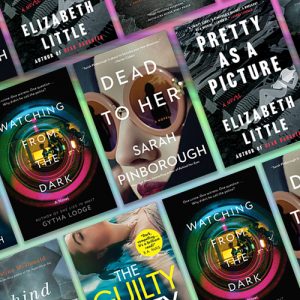 5 Psychological Thrillers You Should Read in February So here we are in February, nothing but winter stretching ahead for months. What we need are good books, the kind that are so absorbing...
© LitHub
Back to top