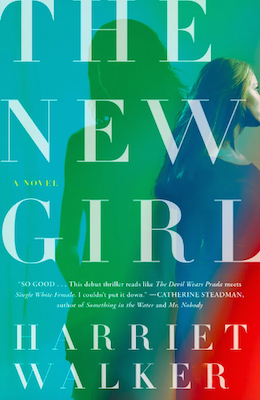 The following is an exclusive excerpt from The New Girl, by Harriet Walker. Margot is a successful magazine editor about to go on maternity leave. Maggie is the eager freelancer who subs for her when she goes away. But Maggie likes Margot's life a little too much, but what are the lengths she will go to, to keep it?

A world without children is a world with no future.

And given how hard I have worked to forget the past, where does that leave me?

These are the thoughts on repeat in my brain, in time with my steps as I pace the streets trying to forget. No, not forget—I won’t allow the image of my son to fade, yet I can already feel the details of him escaping me.

The scent of him, rust and caramel, is evaporating as if on a breeze. The noises he made, the soft rasping snuffles before the harsher noises began, are fading as the days whiz by without him in them. The humbling sense of completeness that Charles and I felt as we held him—that won’t go. But I worry that the profound emptiness that hangs like a weight in my arms never will, either.

I walk the streets trying to numb myself, not to forget. To take the remorseless edge off what has happened to me. As if by putting one foot in front of the other over and over I can somehow wear down the razor’s edge of my feelings.

During the week, I get up at dawn to catch the train with the city crowd. Chancery Lane, St. Paul’s, Aldgate, Bank, Canary Wharf.

Gray streets lined with gray buildings where gray people walk to work. I go there just to exist. In the office districts, you aren’t assaulted by prams and the women who wheel them around every corner. A pedestrian in London’s pinstripe postcodes is just that—not a man or a woman or a wife. Not a mother.

In these childless streets, I seek to remember myself. The feeling never goes, even if I can banish the visuals for a short time. There’s no room for anything else, for everything else. For things I used to think I needed. For people I used to think I cared about. For the mistakes I’ve made and the secrets I’ve kept.

Maybe that’s why I feel them bubbling toward the surface again after all this time.

On the weekend, I can’t escape as easily. I risk bumping into people—families, fortunate and whole—heading for the shops, the museums, the theaters. Places you go when life is something to be enjoyed rather than endured.

Sometimes I walk near our house, but that’s difficult when you live, deliberately, in a part of town that people move to, deliberately, when they want to start a family. I never for an instant thought that we’d be any different from the rest of them, the ones who come home with a car seat full of bundle topped off with a little white hat. We brought ours back with us too, only Charles had stuffed his bloodstained shirt into it. That was what we carried over our threshold.

I can’t say it is getting easier. I can’t even say it is getting less hard. The physical signs have gone now. My breasts were taut with milk that went undrunk for nearly two weeks; the pain of it, like some- body kneeling on my chest, came as a relief, something to focus on other than the constant nebulous ache. The skin of my stomach sagged for months even though all I could face filling it with was the protein shakes Charles wordlessly passed me. I forced them down like fuel because I wanted my body to be ready again.

Little by little, it is healing. After I put on the weight I had lost, my periods came back as the frost melted, with the first crocus buds that grow in a ring around the base of the tree outside of our house.

My lustrous pregnancy hair fell out and regrew in short tufts above my ears—these velvet antlers that curl out when I pull my hair back are the only thing I have in common with other mothers. I see them, patting theirs back down, tutting and fussing, but I twist mine around my fingers endlessly: They started growing with his first breath, they are proof he existed, their length is the span of mine and Charles’s new lives without him.

I tried to be happy for Margot when her baby came, but when she didn’t tell me—warn me—before posting it online, I realized I couldn’t. I couldn’t stand her complacency. She had no idea how lucky she was, how close she’d stepped to disaster. No woman in childbirth does, because they’re all assured beforehand that it’s as simple as having a tooth out. They have to believe it, I suppose, be- cause you’d go mad with the thought that carrying life inside you came with the very real possibility of its death or yours. But you don’t hear people sobbing in a dental clinic.

In the very darkest days, I thought a lot about my and Margot’s past. The days when all I could do was endlessly look at the few photos I had of him on my phone until either its battery ran out or mine did.

The Most Anticipated Crime Books of 2020: Summer Reading Edition 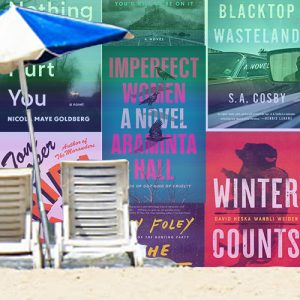 The Most Anticipated Crime Books of 2020: Summer Reading Edition Life is terrible right now, we can all agree, but hey, the books coming out are just as amazing as ever! We've been spending...
© LitHub
Back to top