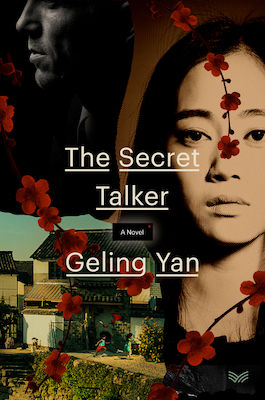 The following is an exclusive excerpt from The Secret Talker by Geling Yan and translated by Jeremy Tiang. Hongmei has been married to her wealthy American husband for years, but they barely talk anymore. Responding to an anonymous e-mail from an admirer seems innocent enough. But as she shares more about herself, including her past as a Chinese military intelligence officer-in-training, she discovers the danger she has put herself in. So she decides to find out just who the stranger really is.

Qiao Hongmei stood before the mirror, posing the way he’d described her, with her weight on one leg. She tried desperately to remember who’d been in the restaurant the night before, but not a single face remained in her mind. Yet he existed. A stranger’s existence, gradually taking on form and substance, a hint of bodily warmth, in their sixteenth-floor apartment with her unwitting husband in the next room.

Hongmei walked out of her study and into the kitchen, clutching her empty mug. She looked up suddenly to see Glen in a tracksuit. He was going for a jog, he said, and they could have breakfast together when he got back.

His dark brown eyes lingered on her face.

Just as she was about to go back into her study, the door opened again and Glen thrust a FedEx package through the crack. She took the parcel, which felt like a couple of books. The best thing about Glen being a professor was his book purchases were tax-deductible; he got an order every

couple of days. She tossed the package across the coffee table onto the couch, but it landed on the floor. Ignoring it, she went back into her study, then felt that wasn’t very nice of her, returned, and picked up the package. Her water sloshed onto Glen’s beloved Native American rug, its red dye apparently made from crushed bugs.

Back at her computer, she sipped her ice water. Twenty minutes later, his reply arrived. He said Hongmei probably wanted to know what he was like. He was five foot nine (not particularly tall), 185 pounds (just the way she liked it), with black hair and eyes. About himself: majored

in English at Yale, got his master’s at Harvard, then dropped out after one year of working toward a PhD. The money his father left him was doing well in the hands of an investment broker. He and Hongmei were the same; they both found it hard to be faithful to a single person or profession. The instant he had set eyes on her, he had sighed that fidelity of the flesh was the easiest kind, and therefore the least important.

Qiao Hongmei read line after line of this revealing introduction and felt like this man was filming himself in close-up. Not his face, but his breath. She grew more captivated, even as she remained eighty percent skeptical about the existence of the wealthy father and impressive academic record. Are you suggesting that I’m unfaithful? she said.

He replied: I’m not suggesting anything; I’m pointing out your infidelity. I think you’re an intelligent woman who understands that we don’t need to worry about the word “faithful.” Your soul has never been faithful, not for a single minute. Then he apologized again, for using a specious word like “soul.”

She said: Fine, anything you say; I can be unfaithful. She leaned back in her chair, unwilling to explain further.

He’d gone too far now. Hongmei was turned off by this sudden intimacy. He sensed this right away, writing: Don’t misunderstand; I’ll give you plenty of time to get used to me, before we have any sort of beginning. A few minutes passed. Without being aware of it, she’d started gnawing at her nails. He sent another couple of lines, asking her to relax, not to be so scared, or he’d abandon this date right away. He actually used the word “date.” Hongmei contemplated it. He said he just wanted to understand her. Since she wouldn’t have chewed her nails into such an awful state unless there was a reason.

Hongmei reflexively clenched her hands into fists. He had even noticed her bitten nails! Or had she been chewing them in the restaurant? No, she generally didn’t in public places. Besides, before leaving the house with Glen, she’d stuck on some rather convincing fake nails. That’s what she usually did when going to a swanky place. The fakes weren’t too long, looked healthy and clean, not the gaudy ones sported by receptionists or the Taylor Street hookers. Yet he had said she must’ve had a reason to chew her nails like that.

She tapped away with one hand, deleting and rewriting, asking how long he’d been following her—she didn’t believe last night was the first time he’d seen her. He declined to answer.

Even though she was excited, Hongmei felt her hair stand on end. She said biting her nails was a bad habit left over from childhood.

He said he’d soon find out the real cause.

Don’t you try that—one glance at me and you think you can magically see into me, she thought. On the computer, she asked him how many women he was sending these messages to. He didn’t deny it, didn’t claim he spoke to only her in this way. He said at the moment there were no other suitable candidates for him to chat with. She asked what he meant by “suitable candidates.” He said a woman like her, extremely reserved and extremely discontented.

Hongmei thought “discontented” was about right.

Excerpt from The Secret Talker: A Novel by Geling Yan. Published by HarperVia. Copyright © 2021 HarperCollins.

The 2021 Anthony Award Nominees Have Been Announced 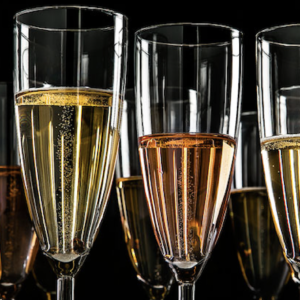 The 2021 Anthony Award Nominees Have Been Announced It's that time of year again! The nominees for the Anthony Awards have been announced. The winners will be declared at Bouchercon,...
© LitHub
Back to top